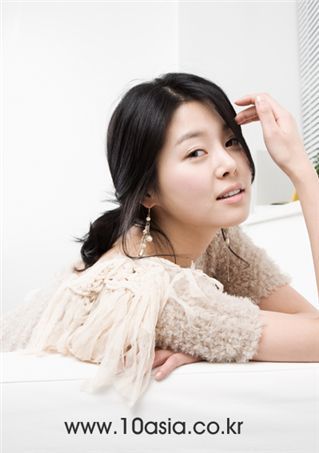 My name is Min Ji-ah. I used go by my birth name Kim Min-ju while appearing in short plays but someone told me it would be better for me if I use 'Min' as my last name so I did before starting shooting for "The Slave Hunters". People around me said it sounded better and I think it sounds similar to my original name too.
My birthday is on October 31, 1983. I didn't do much on my last birthday because I was on set. If only I had a boyfriend... maybe he would have prepared a special event for me.
I was majoring in architectural design but what I really wanted to do was act so I transferred to Kyung Hee University and majored in theater and film. As a young girl, I loved watching movies so I took many film classes. I was in movie clubs when I was in middle and high school.
When I have free time, I go watch movies. I would sometimes go to a theater hosting a European film festival and would watch three films in one sitting. On those days I would confuse the storylines. (laugh) I was sad to know that I started to forget what movies I had seen, so I began writing notes about them. So far I have a little over 1,500 notes. I enjoy films directed by Giuseppe Tornatore and Pedro Almodovar Caballero.
My favorite actors are Maggie Cheung, Charlotte Gainsbourg and Annette Bening! When I get older and become a better actress, I hope to receive roles like Annette Bening played in "Love Affair". Ennio Morricone was in charge of the soundtrack for the movie and it was amazing. I went to see his recital when he visited Korea last year.
I also like listening to music. I was extremely interested in classical music when I was young so when I hear a song I take a liking to while I'm watching a commercial, I would call the related company and ask them the name of the song. I was aggressive when it came to doing the things I like. I remember when I was in elementary school -- I rode the subway all the way to the National Theater of Korea just to watch "The Phantom of the Opera".
Since shooting "The Slave Hunters", I've been trying to save my emotional energy by not reading any novels. Usually, I love to read novels by Alain de Botton, Guillaume Musso, Hitonari Tsuji and Make Haruki. I felt that I had to first read "IQ84". I bought "1984" but plan on reading it after the drama ends.
When I went traveling to France, I visited Bordeux because I enjoy drinking wine. I walked around the streets of Paris and Iiked the University of Sorbonne in particular. I went to several famous coffee shops, but being the only Asian there I stood out so I didn't stay too long.
My parents raised me to have a more independent personality compared to other girls. During my school years, I went to the United States for a while to participate in a language program. When I was in middle school, I went on a cross country trip for a month. I forgot what the trip was for but I couldn't take a shower and I suffered quite a lot.
I made my debut in the KBS drama "Blue Night Jeju" and received the best new actress award for it. From then on I thought the road to becoming an actress would be easy. The other actors on the show including Uhm Tae-woong and Kim Yun-seok became famous and they would tell me “your time will come soon too". I also want to thank director Kim Gyoo-tae, who helmed "Blue Night Jeju", because he always keeps me in mind. And thanks to him, I was given a small role in KBS drama "A Love to Kill". When he was producing "IRIS", he asked if I worked out and I became a bit hopeful. But there weren't too many roles for actresses so... (laughs).
I think the character Eop-bok in "The Slave Hunters" is blood type A. My character Cho-bok has given enough hints so far, its just that she has never said "I like you", but I don't think he got the message. Or maybe he's just pretending! He's actually quite the bad boy. I think my character is blood type AB because her personality changes so much.
I feel like actor Kong Hyung-jin is my older brother because he's so nice. He helps me out in the areas I still lack in and encourages me so I don't lose my confidence. Actor Jo Hee-bong usually plays comic roles but in person he is very earnest and has such thoughtful eyes! Everyone on set is very nice to me because I'm the youngest and only girl in our crowd. But of course, it's a bit disappointing that I don't get to meet with The Slave Hunters who have such great physique.
The slave tattoo on my face is actually just a stamp. We took pictures of the tattoo on my face to make sure it's in the exact same spot every time. I feel comfortable with my character because the whole idea is to be dirty. In the beginning, my character was even dirtier but the director thought if Eop-bok is going to develop feelings for her, I should become cleaner.
"The Slave Hunters" is a drama which is intriguing even for the viewers. Don't you become curious about what will happen next and become excited about it? The soundtrack for the show is great too. When you hear the main theme song your heart drops to your stomach and when there is an action scene the music makes your heart pound. I feel satisfied and happy to think that I'm part of this series. I wish "The Slave Hunters" would never end. (laughs) 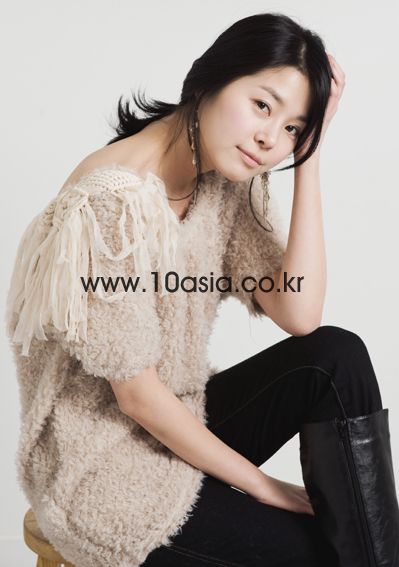