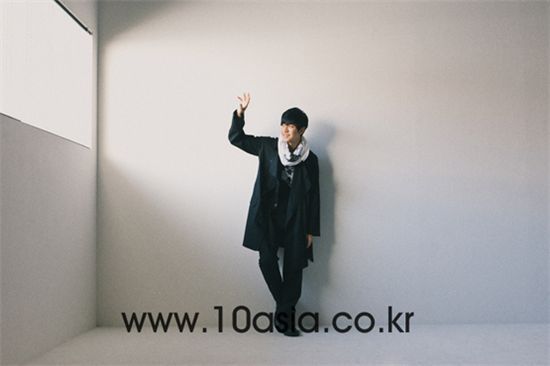 10: The photographer said you are good at putting on different expressions, as if you're acting while thinking about a certain situation. What do you think about when you take photos?
Lee Seung-gi (Lee): I noticed that some of my senior actors put on different expressions when they take photos. And it seems that the more I think, the more various expressions I can put on. That's why I imagine I'm acting when I'm being photographed.

10: Are you the type that usually prepares and thinks a lot in advance?
Lee: The president of my agency is strict (laugh) so even if I do start becoming lazy, people around me set me straight so that I can prepare in time. And it's different when I go to a shoot for TV shows with the ad-libs prepared. Even with talk show "Strong Heart", I can think up several dozens of ad-libs if I look at the script enough. But I'll only get to use one of them on the show so I keep thinking of the different situations which could arise on the show.

10: So the seemingly spontaneous remarks you make on "Strong Heart" are actually from thorough preparation.
Lee: That's why I have a headache. [Kang] Ho-dong is the main host of the show so he has no choice but to go along with the script. I can help make the show better by wrapping up a conversation after a guest answers Kang's question. But it's something you can't prepare in advance which is why it's so difficult. 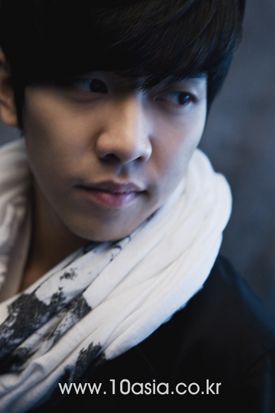 10: Did producer Park Sang-hyuk tell you why he cast you as one of the main hosts for the show?
Lee: I don't ask those type of questions. I'm scared I might become too conscious of what I've heard and not be myself. How I do in the future is more important, I think.

10: Does Kang give you advice?
Lee: Kang doesn't pressure the guests. He is cautious about telling people what he thinks because he believes that those who appear on TV are doing so because they have an ability they trust in themselves.

10: What is your thoughts on him?
Lee: That the difference between being first and second are nowhere close to each other. With variety show "Two Days and One Night", I wasn't host of the show so I thought all six of us were involved in its making. But now that I know what it's like being emcee, wow. It's definitely not an easy job at all -- listening to the the stories of all the guests, figuring out the connections, giving people roles... The person who is at the center of a show, like Kang, and has to make the program fun and those who are watching from beside, are on a complete different spectrum I think.

10: You once said you have room to breathe when your goal is to reach 99 but it's entirely different when you add 1 onto it.
Lee: I used to tell myself that I would be happy with 99. But people who will be content with reaching 99 seem to have a mindset so different from those who want to reach 100 that the gap is closer to 200 or 300.

10: How did you come to think such thoughts? I heard that you went out to do manual labor after debuting and becoming famous because you thought it wasn't right that you were making so much money.
Lee: So many people around me were telling me that I don't try hard enough because I didn't face much difficulty growing up so being the immature guy I was back then, I told myself I could put myself in that situation then. I had the wrong idea about it now that I think about it. because it's a different kind of difficulty.

10: Is it in year nature to control yourself and keep developing/
Lee: I'm very cowardly. I don't like creating problems and I was taught at home not to either.

How did your parents teach you? I read on the Internet that you are close with them yet courteous toward them.
Lee: They dind't boss me around but rather let me do what I want. But I feel guilty when they cross the line (laugh) so iI guess you could say that's in my nature. 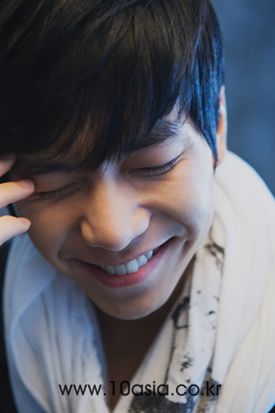 10: Even if your company makes the decision, you're the one who gets the response. Isn't it tough?
Lee: I really was so stressed about "Strong Heart". If I was going to take it on, I wanted to do a good job with it, but with all the preparing I had to do, I kept myself if I could really do it. But I've only been at this career for about six years now. I haven't experienced that much failure or success either. I don't think I should be making my own decision with the mere experience I have right now.

But despite that personality of yours, you seem very bold in "Two Nights and One Day".
Lee: You're right. I'm emotional in many ways. I try not to show it too much on TV though because it won't do me much good but I do think a tenaciousness, in the good sense, is necessary in making a show. I just let myself go (laugh) or I might get sick.

10: It seems you show more of your real self when you're working.
Lee: It's comfortable because I'm working within a set boundary -- in broadcasting in my case. I don't go on TV to create problems so even if there's a misunderstanding, the viewers will know I didn't intend on it and I get to work with veteran celebrities and they accept pretty much all I say as long as it doesn't cross the line. And I don't know that many celebrities. I never even went on a trip with my friends in high school. So I love traveling with the cast of "Two Nights and One Day". I can't wait till we shoot another expisode and I feel so happy when I make others laugh. 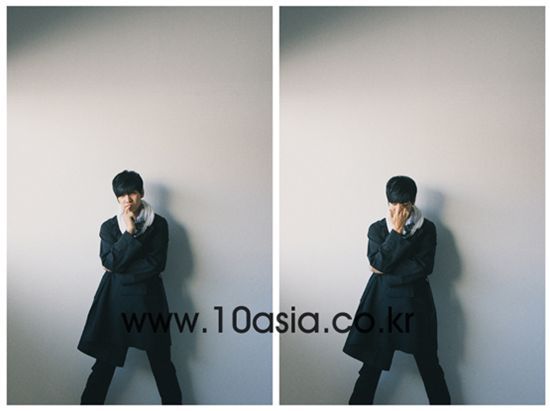 10: You seem to have a vibe that's different from other celebrities your age. Even at year-end award events, you didn't seem to quite fit into the category of idol stars.
Lee: You're right. I felt that at the end of the year. The singers were all sitting together but I felt awkward being there. Amongst the idols, plus I'm not really that with anyone in particular. And the idol singers dance too so I wouldn't really get to perform with them either.

10: Does working alone, separate from people your age, influence your work? You seemed to be a bit uneasy in responding to another actor's lines in comparison to when you lead a scene alone in SBS TV series "Shining Inheritance".
Lee: It's because my acting wasn't good. And I'm the type that practices a lot so I had gone over my lines numerous times. I memorize my lines perfectly to make up for my acting but that doesn't always mean I'll deliver them perfectly either. But I wouldn't think of that and just pour out my lines, even after making a mistake. Because that's how I rehearsed. (laugh) I think that's why my acting may have seemed awkward. And I'd be the clumsy character on a variety show at 6:30 p.m. then a son of an heir at 10 p.m. so I think that didn't help in getting viewers into my character.

10: Are you not pressured by doing a variety of work?
Lee: I like to be natural. People see me as Lee Seung-gi so when I did "Shining Inheritance", I think it was good that there was some of me in the character rather just being the plain bad boy. People have already seen the me at 6:30 p.m. I think I'd be driving viewers away if I was greedy and declared that acting is something completely different.

10: But a variety of responses come out depending on the success or failure of every realm of the entertainment industry you work in. For example, if your drama does well but not your music, they'll still say you failed.
Lee: I honestly had expected my fourth album to do better so the result wasn't as satisfying. But before that, "Will You Marry Me" received great response, much more than I had expected. I think there are times that something will work out better than you expected or worse. In the beginning I would feel good after hearing a compliement and then disgruntled after being criticized. But I don't think I should be swayed by it.

10: You were very popular last year -- doesn't that pressure you?
Lee: I'm always the same. I wanted to be the same person I was when I first debuted so that's why I kept working hard on "Two Nights and One Day" after "Shining Inheritance". 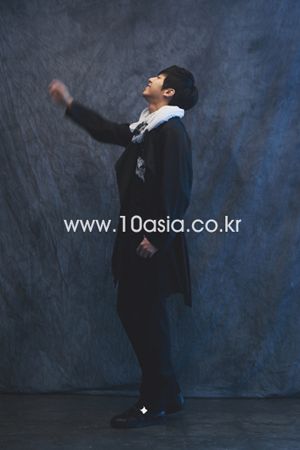 10: Then how do you picture yourself in the future?
Lee: People like Kang Ho-dong and baseball player Park Chan-ho say they want to do all that they can, while they can, rather than quitting at one point and becoming a legend. They want to keep going till there is no lingering emotion left. It's the same for me too. And I still have about ten years left to become their age so I'll work hard for the time being.

10: Many mothers pick you as the ideal son for your trustworthy image. What sort of atmosphere were you raised in?
Lee Seung-gi (Lee): They never set any restrictions. But no matter what, they did not like me sleeping over at someone else's house. So even in college, if I hang out till late with my friends, I would still go home to sleep.

10: Isn't it hard being a celebrity and a college student at the same time? You graduated without taking a single leave. Are there any special memories you have from that time?
Lee: College went by in a flash. I wanted to enjoy it more but I couldn't get the best of both worlds. I didn't have time to hang out with other students or anything. 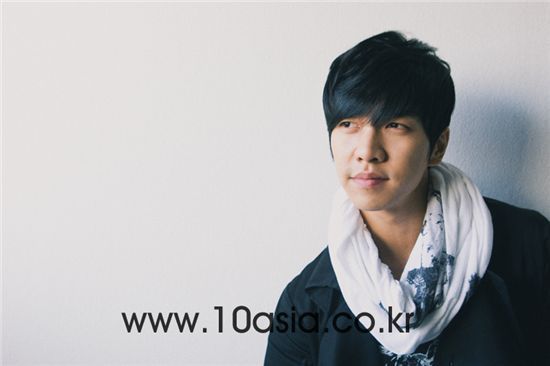 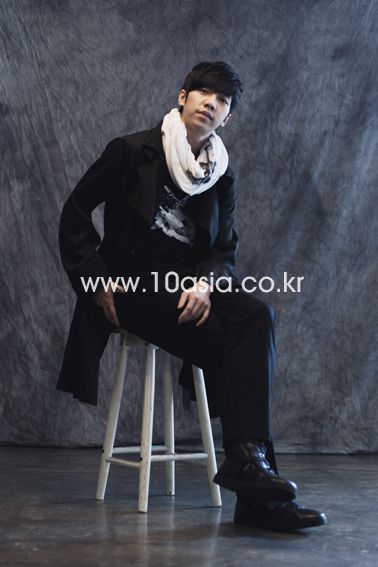 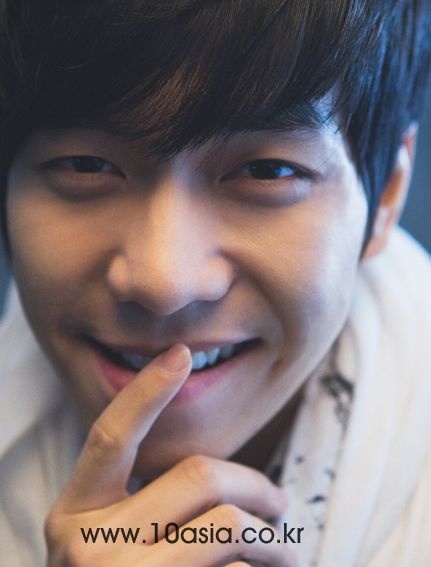