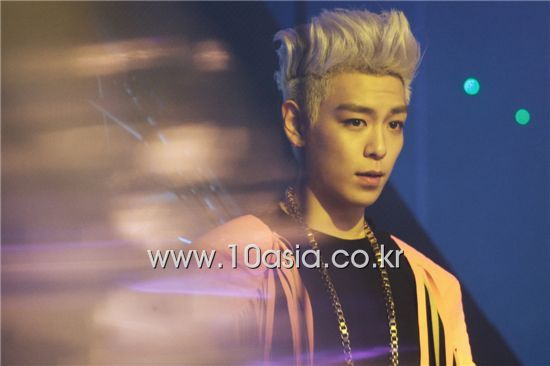 10: You are in a sense, unrealistic, aren't you? Big Bang members aren't exactly the ordinary lot.
T.O.P (Choi Seung-hyun): I do think that. Sometimes when I have a drink with G-Dragon we do feel great about how everything is going in our daily lives but lonely at the same time. Although there are things hard to handle at our age and things that we have missed out on, we also achieved just as much, which makes us think that we live in a dream world. Sometimes even we have trouble identifying whether we live in dream or reality.

10: It must be tough, continuing to get judged by others, always forced to think in business mind-set while doing things your way.
T.O.P (Choi Seung-hyun): I think about that all the time. But I think I've reached close to the answer. In case of music, rather than thinking "what kind of music do people want and which trend should we follow", I believe I should just do what I want to do and try something I've never done before but not going too far with it. I have wonderful experts who can correct me if that happens so placing my faith on them, I would like to pursue new and if not bold, at least a bold direction in doing my music.

10: Korea is not the best place for celebrity to live so you seemed to have somehow reached your own nirvana just like G-Dragon.
T.O.P (Choi Seung-hyun): Yup, my nirvana (Laugh). Just kidding. I just boldly let myself go (Laugh). I know there are people who regard me and other Big Bang members with some prejudice. But it doesn't matter. Those are the perceptions that drive us to keep improving. I don't mean I enjoy rude comments online but we try to do even harder because of such misunderstanding. Personally I think the best part of our Big Bang members is that we enjoy efforts of that kind. Not because they we want something but simply enjoying the process, which becomes our biggest strength.

10: The lyrics by TOP in the latest album seem to be in that much more unique. Rapper is an artificial character yet it tells things that one wanted to say for oneself with the most confidence.
When I decided to become partner with G-Dragon the first thing we discussed was to write lyrics that only we can write. After all we went through much expectations and criticism since young age. Amid all that we wanted to write story lyrics about ourselves. Some can simply view it as we're just full of ourselves. But we really wanted to write lyrics that can defy denounce such thought when analyzing it phrase by phrase. Something like "This is what we are made of. Who are you to snub?"

10: That's what "Intro" part felt like. The sound was closer to old school hip hop, so it was like returning back to rap of back in middle school.
T.O.P (Choi Seung-hyun): That's right. By giving a sample of old school hip hop I wanted to show the basis of G-Dragon and my music. At the same time I also wanted to ask which rap should be considered seriously as I've laid out my story and my present in my own way.

10: Is "Oh mom" a reverse expression of that thought? Unlike other songs you did with G-Dragon that piece expressed one's inner self instead of how one I viewed outside.
T.O.P (Choi Seung-hyun): "Oh mom" is based on an actual episode. I can't exactly detail on that but basically it's my letter to one friend who is very, very sick. It's a very meaningful piece for me which wasn't planned in the track list but got included because I wanted it to be there badly.

10: "Oh mom" was arranged as rock music and the drum was made to sound loud as if a real performance. Is there special reason to making such choice? You could've taken the rhythm part differently.
T.O.P (Choi Seung-hyun): I wanted it to go in a bit more analogue style. In other words, something warmer. These days the trend in music industry changes in crazy speed and quite a few songs get forgotten within the span of two or three weeks. At the same time it seems people are getting tired of music. Electronica music is good to enjoy but if one leans toward that too much it also wears people out too. So if not me, than for the sake of fans, I wanted to try something that sounds more analogue. And besides, G-Dragon and I are both starting to get interested in rock. Our rap style changed quite a bit too. In the past I tried to give off a thicker and huskier sound but now I try to come up with more relaxed sound. Something like a hardwood of its original form (Laugh).

10: I was quite impressed by a rap from "Baby Good Night". If the rap of your past was the kind that tried to stand out of the sound to take over the whole song, that particular rap was closer to melting into the sound as much as it can. Then there were lyrics that matched the sound of vocabularies like "whipping cream".
T.O.P (Choi Seung-hyun): It may be because we wished to express our inner sentiment. As for "Baby Good Night" we took extra care to leave out provocative elements so the listeners can without worrying about their ears. These days people say the song sounds too long if it goes over three minutes and same for the song that doesn't come to you in a snap. But I believe there are lots of music that are not boring without extra stimulation. So I wanted to tell people - those who like Big Bang, or G-Dragon and I - especially those in teens and in 20s that there are music of this style as well. Even if it's long and out of trend, music is just music.

10: I think that's the point where your personal goal and thoughts for public meet.
T.O.P (Choi Seung-hyun): The songs are something that came out by voluntarily by instinct rather than through complicated thoughts but then we became extremely successful at young age. At the same time we are still a sensitive young people who want to do music. In between our work we go through lots of emotions which we try to express and also seek our goals. But as we distance ourselves to give a thought about our lives, it seems like I'm starting to see a big picture and seeing my goals more clearly. That's why I wanted to help those listening to my music to be confident and become a source of that strength to me and to those people.

10: Your confidence seems to truly "knockout" the odds (Laugh). There may be people that will be sharpening their blades, ready to attack what you do, whenever you and G-Dragon go on stage. What's your plan?
T.O.P (Choi Seung-hyun): Our blades are sharper. (Laugh) 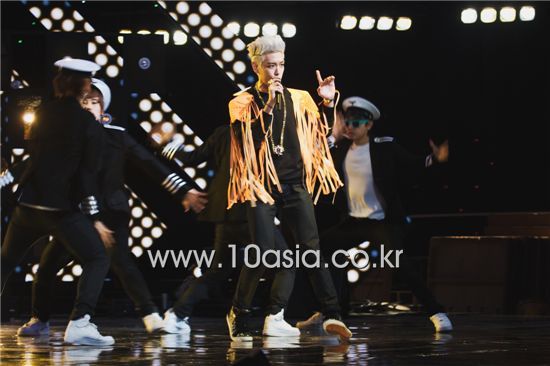 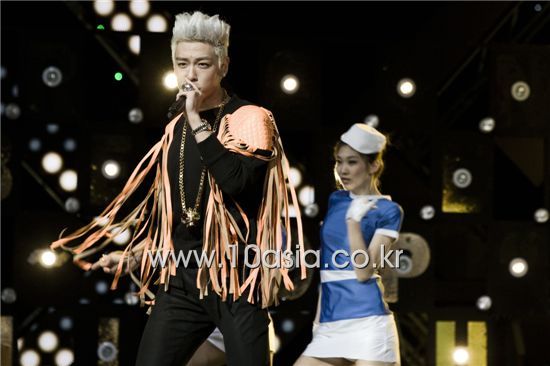