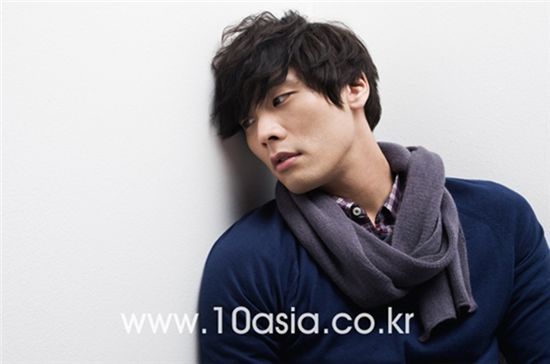 He first made himself known to the world in a TV commercial in 2008. As an employee who slacks off while his boss is not looking. Of course, these so-called 'CF stars' come and go with the change of seasons but Choi Daniel made his mark later that winter with TV series "Worlds Within". He played the role of an assistant director in the drama which recorded ratings in the single digit-range, but his realistic acting matched up to the acting of veteran actress Youn Yuh-jung and helped him not to go unnoticed amongst superstars Song Hye-kyo and Hyun Bin. He was not a 'pretty boy' or managed by a large talenthouse but Choi, who had acted on stages since he was in high school, was set to take his victory through acting. And now, he stands at the center of a love triangle in "High Kick Through The Roof" where he is the subject of both affection and admiration for Se-gyeong and the sometimes slow-witted boyfriend of Jung-eum. 10Asia met with the 23-year-old actor to get a closer look into his thoughts about acting.

10: You wrote a posting on your blog on the dawn between Christmas Eve and Christmas Day.
Choi Daniel (Choi): Did you see it? That was when I got home after a shoot. I went back out for shoot again on Christmas Day.

10: It seems like you work on a killing schedule.
Choi: This is my first time working on a sitcom and I was surprised at how busy things are. I think we shoot all week. I feel like I'm taking a break on the days I have no nighttime shoot but maybe about two scenes to shoot during the daytime. (laugh)

10: But don't you in particular have a lot of scenes to shoot at night?
Choi: We shoot the scenes at the hospital in one day because it's hard to rent out the location. That's how we end up shooting night and day.

10: You have a busy schedule for "High Kick Through The Roof" but you seem busy otherwise too -- it seems like you don't have any time to rest. Why and how did you get to take on "High Kick Through The Roof" almost immediately after MBC TV series "Good Job, Good Job" earlier this year?
Choi: I didn't have much of a break after "Worlds Within" either so I was thinking of resting for about a month after "Good Job, Good Job" but I ended up having a meeting with producer Kim Byung-wook after receiving the scenario for it. I knew I wouldn't have time for a break but I wasn't sure when I'd get another chance to work on a sitcom and I decided it would be better to take it up when I'm given the opportunity. I also liked my character Ji-hoon. 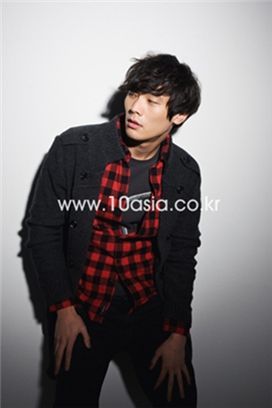 10: I heard that you hadn't been too interested in appearing in sitcoms in the beginning.
Choi: I'd just never thought I'd be cast for sitcoms. It's like this. You don't know right away what you'll be eating tomorrow. You could somehow end up eating steak, or even if you don't really like fruits, you could end up eating apple salad.

10: Then do you like what's on your plate right now?
Choi: Well it's food and I can live on it as long as I can eat it.

10: But I think you mean more than you say -- producer Kim said he's never seen an actor ask so many questions about his character. What sort of questions do you ask him?
Choi: I think the hardest thing was establishing my character after settling the difference of opinions or views I have versus the producer and writer, regarding my character. We talked about the sentimental side to him as well as his ego which had been set since he was young or the mask he puts on out in society. I wanted to express the linguistic habits he had picked up while living with his family for 20-something years or how he seems different when acting as a member of the upper class of society as a doctor.

10: It seems you had a lot of concerns about your character in the beginning.
Choi: Honestly, I was lost because I couldn't fully make out what sort of person he is. (laugh)

10: To be honest, even from the viewer's perspective, it seemed that you weren't expressing your character to the fullest -- not as well as you did with your character Yang Soo-kyung in "Worlds Within". So it was a bit odd too.
Choi: I had such little time in the beginning because I went into shooting for "High Kick Through The Roof" immediately after I got done with "Good Job, Good Job". I'm the type that needs time to understand his character but I got very confused because due to the style of sitcoms, my character's actions or tone would change every episode. If I tell myself my character is a certain way, he would not be like that the next episode, and when I change my thoughts after that, he would end up acting another way. I think I ended up telling myself 'Whatever', after that.

"[INTERVIEW] Choi Daniel - Part 1"
by HanCinema is licensed under a Creative Commons Attribution-Share Alike 3.0 Unported License.
Based on a work from this source