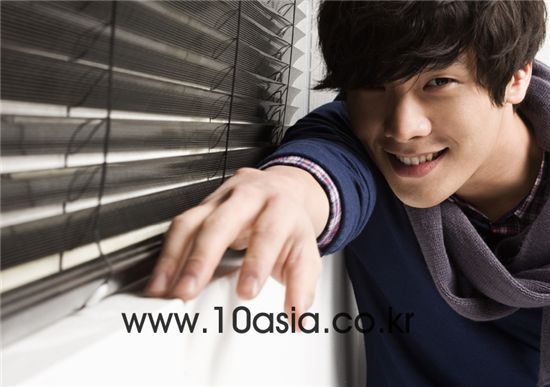 10: I'm still most curious about your name. Who made it and how?
Choi Daniel (Choi): My dad underwent surgery after my mother gave to birth to my older brother because they didn't want anymore children. In other words they didn't have plans to have a second child but I came along so my dad chose my name with it meaning that I'm a son from heaven. The name is from the bible so I won't deny it's a religious name but then again, my dad isn't a devout Christian. My dad lived overseas for a long time though so he had always been open to choosing English names for his children. Whether it be John or David, to him they're all names that can be given to anyone. My brother though, has a very normal Korean name.

What sort of fun do you look for in choosing a role to take on?
Choi: I look at how fun it will be acting the role of my character.

10: I think that's how you chose to take on Yang Soo-kyung from "Worlds Within".
Choi: No, I chose that drama because I liked the lines the characters say rather than my own character. I actually didn't really like Yang. The character is the most important factor for me in choosing whether I'll take on that film or drama but not the sole factor.

10: I'm surprised. Why didn't you like Yang?
Choi: He's outrageous. (laugh) Both a nuisance and outrageous. And what I disliked more than his character was the situation he was in. Becoming the toy between Joon-young and Jio. He was more of a tool. A tool aimed at stirring envy.

10: Well, Yang and your character Ji-hoon from "High Kick Through The Roof" seem complete opposites. Who do you think you resemble more in person?
Choi: None of them are like me. There are differences between all the characters and of course there'll be a gap between those characters and me. I don't think any two characters can be completely the same nor different. Just like even twins can't be exactly the same. Hence I can't say I'm similar to Yang 40 percent or similar to Ji-hoon 80 percent. 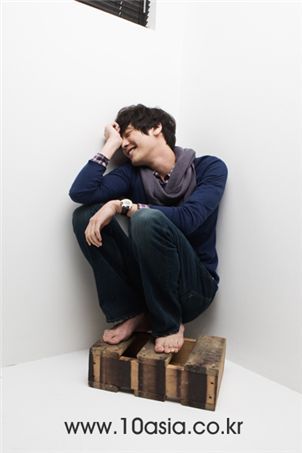 10: I can't help but be curious about it though because it's just impossible to figure out what Ji-hoon is really thinking. He's also always an objectified character. That's why I think although he is a witty character, it may not show very well in the sitcom.
Choi: Ji-hoon is sort of the style who appears here and there, for Se-gyeong at some points and for Jung-eum at other points. That's why even I don't know how he's feeling. It feels like there's a fog inside me that won't clear. But then again, I don't feel like revealing more of Ji-hoon. He is someone who holds back so the foundation for his character might get shaken up if he deviates from the boundaries he's been set inside. That's why I don't do things that I think will harm his character.

10: Did you choose to put on glasses for your character Ji-hoon?
Choi: Yes, I did it for my character. Me and my stylist came up with it to give off an old-fashioned vibe to him.

10: Did you know you look good in glasses?
Choi: No, it's nothing like that. I just tried it on like I'll do with pants.

10: In what ways do you think Se-gyeong and Jung-eum's characters are attractive?
Choi: Se-gyeong is more calm and gloomy -- she has sort of this negative sentimentality to her which arouses protective instinct in guys. On the other hand, Jung-eum is cheerful and lively so she will seem more attractive to guys who are curt.

10: What did you do on Christmas?
Choi: We have shoots on set for "High Kick Through The Roof" every Thursday and Friday so that's what I did.

10: I know you work on a very busy schedule but do you ever have time to read in between? It seems that you like to write.
Choi: I had been worrying over my acting because I didn't like it when I read a book Jung Bo-seok recommended. It's about this person, who had never learned how to act, expressing how he feels and what he learns from learning out on the field. Otherwise, the book I read the most often are scripts. (laugh)

10: "High Kick Through The Roof" is proving to give strength to many people. What is it to you?
Choi: I think I'm just really happy to be acting. Even going out makes me feel empty now. Everyone going their own way after drinking till four in the morning. On the other hand, I had really wanted to act in the past though I couldn't, so I'm very happy that I can now.

10: Do you have any plans for the year 2010?
Choi: Things I want to do? I do want to take a proper break after I'm done with "High Kick Through The Roof" but who knows. I might be dying to take on another role if the right one comes along.

"[INTERVIEW] Choi Daniel - Part 3"
by HanCinema is licensed under a Creative Commons Attribution-Share Alike 3.0 Unported License.
Based on a work from this source