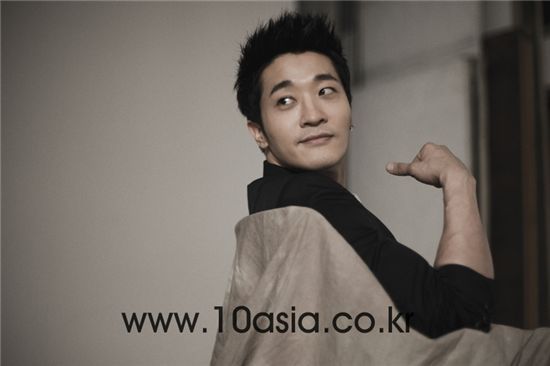 10: That's what was fun. A lot of things were left unexplained regarding Kim San because he isn't the leading character but he always had on that expression that said he knows everything.
Alex: It's true that some things weren't explained in detail because I wasn't the main character. As a joke, people said my character is a spiritual guardian. For example, I'd be in the kitchen when the chef and assistant chef are fighting. Poof and appear just like that in places I don't need to be. (laugh) But those scenes are necessary in explaining the moments Kim San stands alone and thinks to himself. That's how Kim San's character came to life. This purely comes from the scenarist's talent. I went looking for an acting teacher to teach me to become Kim San -- how to have an open mind like him, how I could play little jokes on the person I like without not revealing my emotions. I think there were also a lot of commonalities between Kim San and I.

10: Singers are always receiving the spotlight on stage. How did it feel playing a supporting role for the drama?
Alex: Wherever it may be, I realized what it feels like not to be the main person. Singers are on stage so the audience is always rooting for them but I told myself that I'm not the most important person in a drama. But I realized that I can live well on jobs which suit me.

10: Aren't you concerned about what you should do next? People become easily fed up with singers after they release a couple albums and what may have been at the center of attention on a variety show one day may become detested the next.
Alex: That's what I'm concerned about the most these days. I was successful at tagging along with the main cast of "Pasta". (laugh) But there is no guarantee my next role will be successful too. It would be stupid to expect that I'd do great with my next role after having appeared in just one drama. That's why I didn't change the name used in the credits for "Pasta". I figured it would be better to just go with one name since I'd keep doing other work too. My range of work has become too broad now. It includes music, radio deejaying, emceeing, acting and writing. I've been wondering what I should do next to make a living. When I was young, people used to tell me I'm a bit unfocused. I think I'm unfocused in a focused way these days. (laugh)

10: That tells of your past. From Clazziquai to "Pasta" to appearing on variety shows, you've made certain accomplishments in whatever you do.
Alex: My friends used to say that I am the sort of person who will become friends with the prince of a oil-producing company if I became stranded on a desert. (laugh) Back in Canada, I would make coffee when I worked at a coffee shop and made 30 portions of rice when I work at a sushi restaurant. 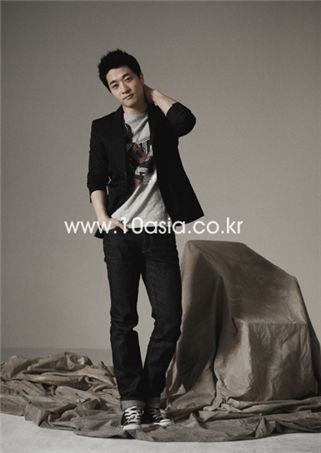 10: How did you come to acquire a strong instinct for survival? (laugh)
Alex: I earned money from a young age -- about 2,000 dollars a month when I lived in Canada opposed to my friends who made 50 to 100 dollars. I just really enjoyed making money back then. I actually learned to drink and smoke a bit early and my mother had told me that both are bad for my health and that there's nothing worse than asking your parents for money for your alcohol and cigarettes so I should pay for it myself if I wanted to keep doing both. That's when I told myself I should make money to drink and smoke. (laugh) Of course, my mother had intended on teaching me that I need to make money myself so I would be able to spend it properly later. But I liked it back then because I could buy my friends meals and give my girlfriend nice gifts.

10: So it may be due to that lifestyle from the past that you work in such a variety of fields in the entertainment industry.
Alex: I once took a week's break because everyone kept saying I should. But my hands started shaking after about the third day. That's when I realized I was a workaholic. I was also telling myself what I was doing, that I should be trying even when others are sleeping, when I see people on TV working so hard. I haven't even traveled for the past seven years. I think I'll probably end up dying early. (laugh) Because I overwork both my mind and body too much. But I can't not do anything when there are groups like Girls' Generation which shine so brightly by themselves. I can't be like an entire machine but I can be a part to it which plays a certain role. I think that's what I need to do -- tell myself that I am being consumed while taking on roles which suit me.

10: But it seems you are letting people know who the real you are bit by bit rather than just being consumed. You made your voice known first, then showed the romantic side to you through "We Got Married" and your solo album. Then your book "Spoon" and drama "Pasta" revealed more of how you live your life. I think you've gradually come to show more of who you are as an entirety.
Alex: After "Pasta", my friends have been asking me why I don't act when I'm being paid for it. (laugh) They said I'm not that different from my character in the show. And now that I think about it, that's what is so strange. Before "Pasta", people used to ask me if I really act like how I did in "We Got Married". Of course I won't take photographs and wash a woman's feet just anywhere. (laugh) But I would definitely do it for my girlfriend. And it turns out that while people had been curious about this for the past couple of years, there are people who now think differently of me after "Pasta". Rather than wondering who the real me is, I think they are just naturally starting to figure who I really am through the media.

10: How do you plan going about with your career in the future?
Alex: Well I want to keep doing music as long as the general public will let me. I do think though that the lifespan of celebrities is becoming shorter. I realized I've already been in this industry for seven years. In between, about four years into my career, I was so busy that I had thought that I'd burn out and end up in nothing but ashes. I still think that from time to time. I wonder whether there is anything left inside me to burn. But I think I've done okay so far. I may be a consumable but one that is being consumed well.

"[INTERVIEW] Clazziquai's Alex - Part 2"
by HanCinema is licensed under a Creative Commons Attribution-Share Alike 3.0 Unported License.
Based on a work from this source