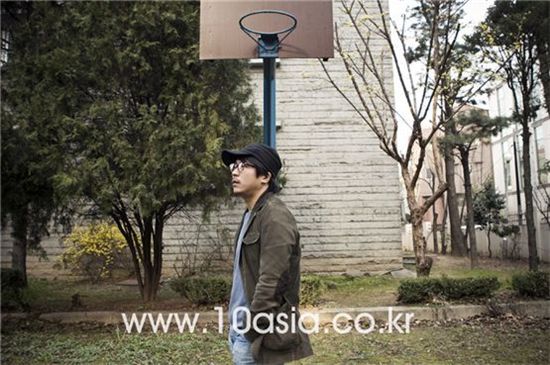 "This interview doesn't do me any good -- it's for the production company and the press", Yang Ik-june said with a grin at the start of his interview. He was referring to his latest film "Runaway from Home" released April 8.

The remark could have killed the atmosphere had it been said by any other, but rather helped to ease and loosen up both parties when said by the free-spirited actor and director, known for his goofy and easy-going ways.

At the same time, this same man swept international acclaims last year with his feature debut "Breathless" which he starred in as a bitter and abusive debt collector.

Yang spoke with 10Asia to reveal the utterly frank truth behind his filmmaking and acting career.

10: You taking off your shirt at the press conference for film "Runaway from Home" became the talk of the town.
Yang Ik-june: (lifts up shirt) This? (laugh) I saw articles but I just laughed at them. I don't think there's anything special about it. I was just playing around. We were joking around about taking off our clothes when Ji Jin-hee told me to go for it, so I thought 'heck' and did it.

10: It was good to see you, Ji Jin-hee and Lee Moon-sik joking around like that.
Yang: They're all good people. They're not difficult people in any way and like to goof off. I think I might actually be the most serious amongst them. (laugh) Since I have experience in producing and directing, I was worrying over things that I shouldn't need to as an actor. Nonetheless, we got along well overall.

10: That may be why but you looked very comfortable as Dong-min in the movie. You as the character who has been an aspiring director for 10 years suited you well too.
Yang: The scenario was already out by the time I joined the cast but I do kind of fit the role, right? And I actually didn't ever live with the dream or passion to become a director like Dong-min. 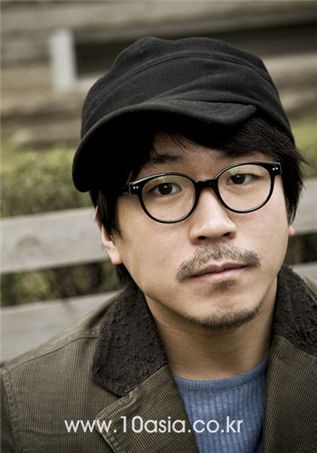 10: Your character seemed very laid-back. I've wondered whether its because you wanted to alleviate the strong image you showed through your film "Breathless".
Yang: I picked the film because the director sent the scenario to me and there's nothing else to it. If I wanted to change my image, I would have rather chosen a different movie. But I just thought it would be the best choice at that time.

10: Was the scenario fun?
Yang: It was okay. (laugh) Ji and Lee said they decided to join the cat because the scenario was good but everyone has different tastes. It's just like how no matter how good a film "Memories of Murder" is, not all 50 million Koreans will like it. I just thought that it was necessary for me to appear in this film. There are things I wanted to forget about and if I took on this film, I could concentrate on it and not worry about other things. I actually hadn't been thinking of appearing in a film and didn't want to do anything so when the scenario first came, I didn't read it for about a week. But then I got a call, met with the director, told him honestly about my situation, and then finally decided to join the cast.

10: The reason people make choices is because either they are after what they like or avoiding what they don't like.
Yang: I was closer to the latter.

10: What did you so want to avoid?
Yang: The experiences surrounding "Breathless"? It was horrendous. I'm doing much better now though.

10: Did you start having fun once you went into shoot?
Yang: The actors are good and the director taught me to open up with my expressions so it was great.

10: Do you have an easier time with directors who give less direction?
Yang: Yes. They should make demands in certain aspects to a certain extent. I don't like it when they point out everything from start to finish. Don't we all not like our parents or teachers directing us every little detail? It's the same thing. You should just feel what you express. Who cares if you make a mistake or two? You don't die from making a single mistake. If you make a mistake, you can shoot it again in the next take. If the actor is afraid of making mistakes, becomes scared even before making an attempt because he is worried about delivering the wrong feeling, and then the director orders him to do it in a certain way, he ends up hiding the feeling he had wanted to express. Then it will end up not coming out at all. Because you hide yourself. But if you've casted Yang Ik-june, you should be drawing out what is unique in Yang Ik-june. 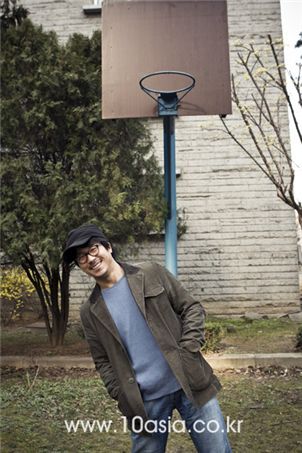 10: I think that's why other actors say you do a lot of ad-libs.
Yang: I didn't do it on purpose. (Lifts up pack of cigarette) There may be people who memorize the line 'Cigarettes which are harmful to your health, once you start, it is hard to quit', word for word when they get their script. But I'll read it once and think to myself, 'Ah, smoking is bad for you and it's difficult to stop once you start', close the script, and start acting. I don't memorize but I'll start speaking once I know why smoking is bad. Even if the words I use are different from what is in the scenario. So I guess those are ad-libs which come out naturally but I don't do them to make myself seem more funny. That's why I like to say it's about expression rather than acting. When you express yourself, it'll show naturally through your acting.

10: I think the reason your acting was so natural this time too was because of the free and easy-going atmosphere on set.
Yang: I can't do anything when someone tries to control me. I do well when people clap for me. Although I guess that's the case with anyone. If my acting is a bit awkward, I would much prefer to hear 'Good, but let's try that one more time. I think we could get something even better'.

10: But it seems you're not the type who would become discouraged even if the director tried to control you but rather put up a fight.
Yang: I'm not that type. I've never hit someone first before in my life and I'm scared of getting hit too. I have a lot of fear of violence. The violent image that my character Sang-hoon showed through "Breathless" was not me but because an expression of everything I had seen.

10: What was impressive about "Breathless" was that even the one who was being violent was scared of his own actions.
Yang: That's because I did a good job. (laugh)

"[INTERVIEW] Director-actor Yang Ik-june - Part 1"
by HanCinema is licensed under a Creative Commons Attribution-Share Alike 3.0 Unported License.
Based on a work from this source