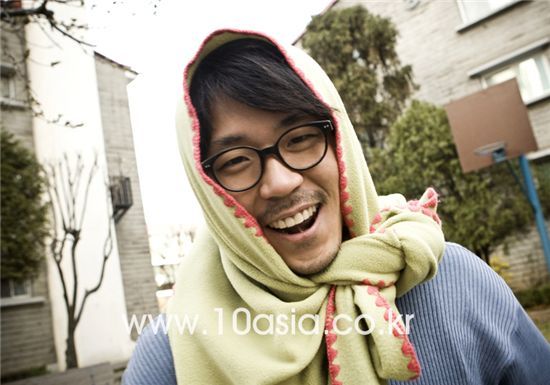 10: The violence shown in "Breathless" was breathtaking -- there are plenty of films which are much more cruel and use more foul language, but the violence in your movie seemed to be much closer to what really happens in reality. That's why, while watching the film, I became increasingly curious of who you are too.
Yang Ik-june: I've lived my life suffering a lot -- to the extent I'll seem idiotic. When I was serving in the army, my senior did all sorts of things to me. But I put up with it for a while until I started thinking that it was wrong. No is no. That's why I have to keep thinking. I have to figure out how I'm going to live a more healthy and free life because no one else will do it for me. That's why I'm trying to exercise my right to speak as much as I can. I become too stressed when I go home when I put with whoever distresses me for no reason. I regret not having said anything before. (laugh) It still happens to me a lot so I've come up with a plan to cope with it.

10: What is it?
Yang: I once went to a coffee shop and asked if their outdoor terrace had an electric socket. The waiter answered 'probably' so I asked him to ask the manager. I felt so strange -- I had asked if there was one or not but probably? We might have clashed if I had asked him 'Is there one or not?' But you can't exactly say that his answer was extremely rude. So using my method, I opened a notebook, wrote the month and date and wrote down what I did and how the waiter answered.

10: Does that help you relieve your frustration?
Yang: A bit. In whatever way it is, it will if I do something in some way. It's just like how people stick in needles into voodoo dolls. In the same way, I had to release my memories regarding violence through the character Sang-hoon in "Breathless", and if I'm stressed, by acting in movies like "Runaway from Home". 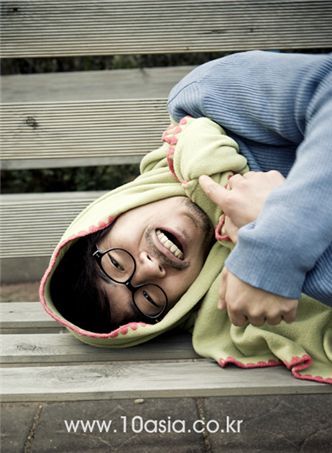 10: Do you channel out your stress or frustration through films then?
Yang: That's right. I was once at my Dutch friend's house when he told me that he fights a lot with his mom. I was very worried about that but he said it's not a big deal, that he fights with her a lot because of their differences, but that he loves his mom. They release whatever is bothering them by fighting like that. But we don't do that -- we keep our feelings or emotions to ourselves and keep pushing it down, until one day, it explodes and that's what causes problems. I had feelings I hadn't released for the past 30 years so I did through film. It all happened quite naturally because I had been acting too.

10: So did you take on acting for similar reasons too?
Yang: I think I first started out of curiosity. I decided I would become an actor after seeing my friend win a contest on television and release an album with comedienne Kim Ji-sun. (laugh) I wasn't aware of it back then but I do think there was a part of me that needed to release myself of my frustration which naturally turned my attention to acting. At one point though, I couldn't channel it out anymore because I need to be able to choose my roles to do it but I wasn't famous enough for it and the mere roles I was given was acting like a kid wearing a kindergarten bag. I think that's why I became interested in writing scenarios and producing movies myself.

10: Then do you think film is a good medium to open up yourself?
Yang: It's good. I think it serves as the basis to which I can deliver many things including emotions, sound and image.

10: As the average human being, I envy creators such as actors and directors in the fact that they have a tool for self expression.
Yang: I've been expressing myself well even in daily life since turning 31. Such as by taking off my shirt. (laugh)

10: Do you really expose yourself more, in the literal sense?
Yang: I used to hide a lot about myself and become frustrated but I think you become more free once you expose what you're ashamed and embarrassed about. It was the same with making "Breathless". What good does it do to merely wish for the actors create certain situations and express emotions about one's family. It'll only happen when that actor is stimulated to express himself comfortably and freely. That's why before going into shoot, I would tell people about my past and everything over drinks, and then they would start opening up too. That's when the details start emerging, as we share such stories. It doesn't make sense to ask for someone's story while not telling your own. There's a sense of freedom that emerges from sharing. 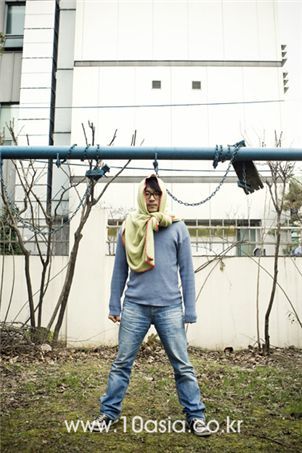 10: Has that helped you to live life more comfortably too?
Yang: Much more. And I can criticize whoever I want. (laugh)

10: But don't you get attacked when you talk about the things you don't like?
Yang: Not really. I guess I'm scary. (laugh) They probably think that if they're not careful, I'll start saying weird things and take off my clothes. But the world exists for us, we don't exist for the world. But from a long time ago, all we're doing is expressing our loyalty to the country. Men go to the army and women make their own sacrifices too so I don't know what more they are asking us to sacrifice. We're trying our best to live a happy and healthy life but we should be given more freedom and space to do so. When I go to film festivals in Europe and go out to drink, they let me go when I tell them I want to stop drinking. But in Korea, they don't let you and ask you to keep drinking. I'm not saying it's wrong, it's just the atmosphere of Korean society. So I'm just expressing myself in every action I do. I'll take off my clothes for fun but in a way, it's also an expression of how stifled I feel. I'm trying to say, 'Hey! This is no big deal!'

10: And how do you think such change came about?
Yang: It feels as if I took out my eyes, washed them, and placed them back in. I once went out to drink with my girlfriend during the winter but we walked around for 40 minutes because we couldn't decide on where to go. I felt sorry about it but more than that, I was overcome with the shame that I can't even make a decision on such a small issue. Those are the things I thought about and I changed a lot over the past two to three years. To be more exact, I have become changed. I differentiate between 'change' and 'become changed'.

10: What's the difference?
Yang: To change means to become something completely different, like Mystic from "X-Men". But becoming changed is having my perception change little by little as I experience different things. I think it would be correct to say that people become changed.

10: Do you think change is good?
Yang: I think the word encompasses that meaning to start with.

"[INTERVIEW] Director-actor Yang Ik-june - Part 2"
by HanCinema is licensed under a Creative Commons Attribution-Share Alike 3.0 Unported License.
Based on a work from this source