[Interview] Gang Dong-won with The Lady Miz Diva at NYAFF17 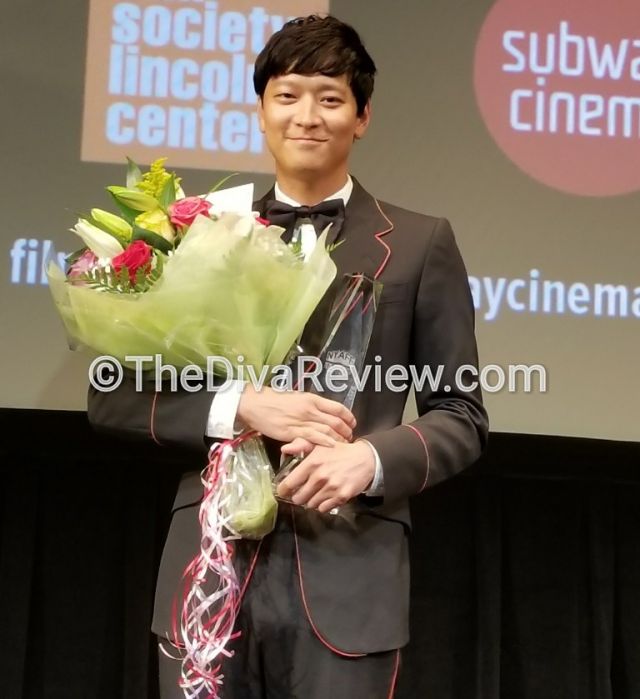 The hottest actor in Korea came to the New York Asian Film Festival to receive its Star Asia Award. Gang Dong-won spoke with me exclusively about his preparations as an actor, how he taught himself English, and the possibility of appearing in an international film.

The Lady Miz Diva:  When I watch your performances, I feel tired in a good way.  I can feel the energy you give to a role in every performance.  When you put so much into a role, can you leave the character on the set?

Gang Dong-won:  I never do.  In my head, I always live as the character, because I don't stop thinking about the movie, but in my real life, I'm just me.  Because "cut" means the end.  I just come off.  Before a very sad scene, I always think of something funny, and then at the end of the shoot, I'm just like, "Oh, okay"

LMD:  That seems quite rare, but much healthier.  I speak with so many actors who do live in the skin of the character, and tell me how the character stays with them even after the movie has finished filming.

Gang Dong-won:  Yeah, that's not my style.  But, still, I'm wondering about that style, as well.  I'm curious about that kind of style.

LMD: In your film, "Haunters", you played someone with an almost full prosthetic leg. Do you spend a lot of time researching about how someone would work with such a physical challenge, or are you just able to sort of feel it from the script?

Gang Dong-won:  For me, most of the time, at the first reading of the script, I design the character, and then the rest of the time is just developing.  Once I read and I have designed - I think, 'Oh, this character's like this.'  Then I just go.

I will say, that yes, initially, I do do a lot of research.  According to one of the directors I've worked with, my nickname is "dapa" {다파}, which I would translate as "digger", or, "digging into everything", because I just dig into every single character that I play.  I am open to a lot of things to a lot of things, but I sort of make the decision about my character in the first take that I do.

Like, I do a lot of research, I prepare all the things, but I'm also open to different ways and different directions that the character might take, but initially I make a decision on the first take, and then maybe in between, it does sort of differ from time to time.

I am the sort of actor who puts more trust in what I'm seeing on the monitor, when I'm monitoring my work, rather than just my thoughts and my own instincts.  When I see the monitor, I more believe the appearance than what I feel.  I believe the monitor more than me. 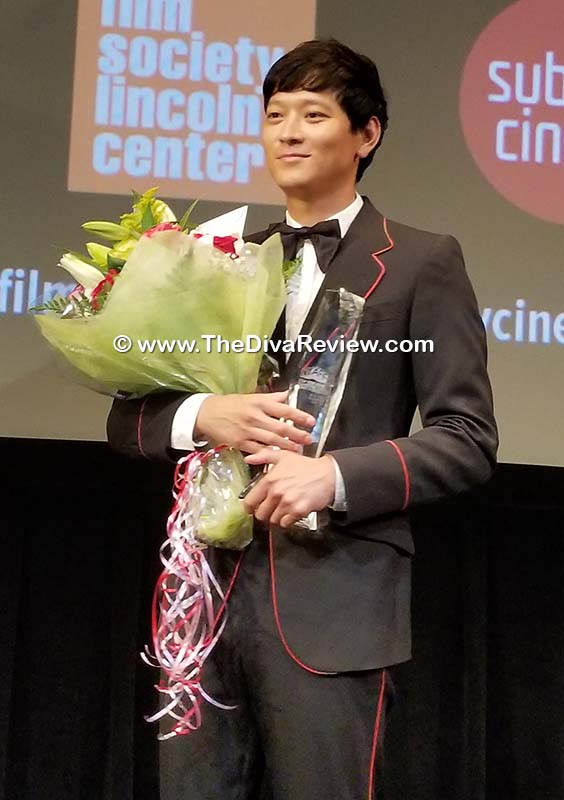 Gang Dong-won:  Me?  My English is from textbooks, and I always read the books maybe five or six times from about grades two through four, but I couldn't read the middle school-level books; it was so difficult.

LMD:  Director Kim Jee-woon, who you will be working with on the upcoming "Illang : The Wolf Brigade", famously directed an American movie {THE LAST STAND}.  Considering how well you speak English, is there any thought of your doing an international production?

Gang Dong-won:  Me, I don't care.  I would be happy to work with good people.  I can go to Africa.

LMD:  You've worked with some of the finest Korean directors.  After more than 20 features and a few dramas, do you ever feel like you want to direct, perhaps produce a film?

Gang Dong-won:  Ohhh, I think directing is impossible.  It's maybe, maybe… No.  {Laughs} It would take too much time and too much stress; I don't think it's very practical as an actor.  And of course, I don't think I could make a good movie as a director.  But now, I'm interested in producing.  I'm talking about so many projects with people.

LMD:  Many people are excited about your appearance here.  I asked Ms. Han Ye-ri who you starred with in "KUNDO : Age of the Rampant", and who is also here for NYAFF, this same question: What would you like to see take place with regard to promoting Korean cinema in the west?

Gang Dong-won:  Of course, I really hope the Korean film can be successful in the international market.  And I feel like I'm very responsible for that as an actor, because when you make a film - of course, a famous director can be attractive to the audience, but most of the time, the audience thinks about the actor or actress.  So, as an actor, I want to make a more bigger, bigger market to show people.

Now, it's changing, the platform is changing a little bit, and we have more chances to work with international film industry people.  So, I'm very open-minded, I'd be very happy to work with them, wherever.

Original article on The Diva Review:

"[Interview] Gang Dong-won with The Lady Miz Diva at NYAFF17"
by HanCinema is licensed under a Creative Commons Attribution-Share Alike 3.0 Unported License.
Based on a work from this source