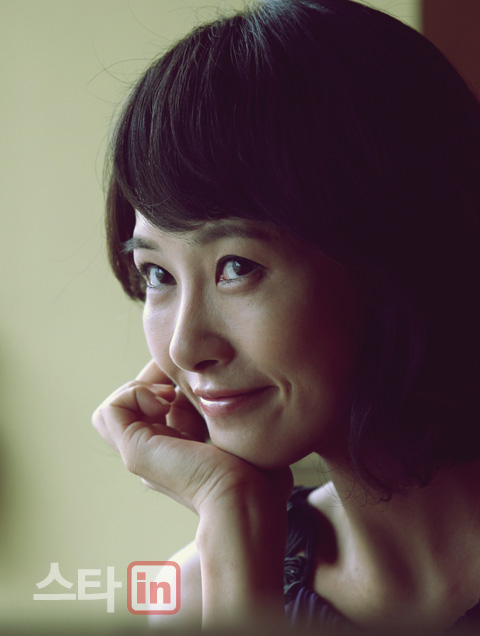 "The male character has to be cool".

"Kim Sun-ah has to make no adjustments. She leads the atmosphere very well".

That's what Lee Dong-wook said. She approached him first in the SBS weekend drama "Scent of a Woman", which is his return project. Having finished with "Scent of a Woman" and waiting for the release of the movie "Fighting Spirit", we met Kim Sun-ah in a restaurant in Myeong-dong.

Before the interview, she sat down and kept glancing over at the reporter's monitor. She giggled and said, "I'm just curious", as the image of a romantic queen passed by. Carelessly tender, this is the first impression of actress Kim Sun-ah. 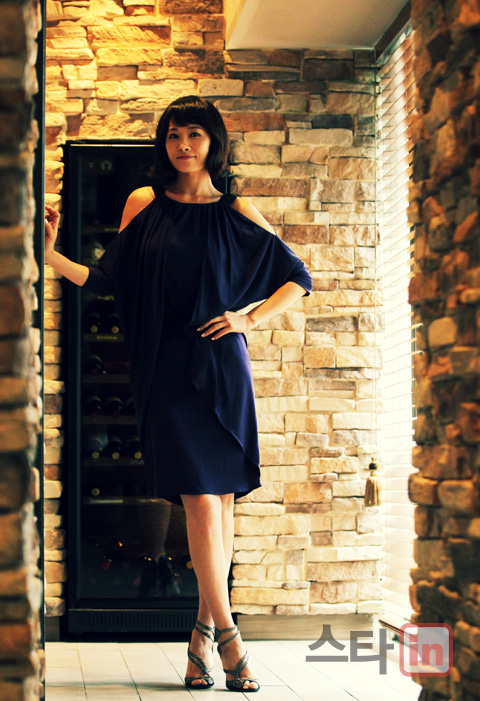 Is it because of the consideration she has for her colleagues? The three actors who worked with her brightened the dramas of 2011. Kim Joo-won (Hyun Bin), Dok Go-jin (Cha Seung-won) and Kang Ji-wook (Lee Dong-wook). Kim Sun-ah was in the middle of them.

She co-acted along with Hyun Bin in the 2005 drama "My Name is Kim Sam Soon" and 2009 drama "City Hall" with Cha Seung-won. The two actors then tortured women watching "Secret Garden" and "The Greatest Love" this year.

"When I look at a drama, the male role has to be cool. Not in the handsome type of way but I in that I hope he stands out. I feel it is my role to make him stand out. Even from the viewers perspective, the male character needs to be cool".

It really was like that. Many women viewers sympathized with her tough personality as Sam-soon or Shin Mi-rae. Their clumsy and bumbling characters cast a bright light on the opposing male characters.

Yeon-jae from "Scent of a Woman" is also quite similar. She is young and relentless, but she has cancer, which makes her strong and weak at the same time. The man beside her, Kang Ji-wook also has the need to become the king of romance. 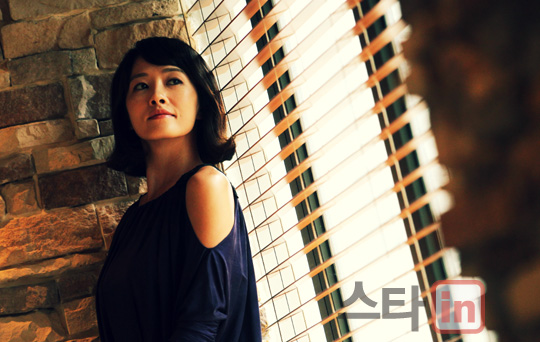 "We spoke a lot. We talk a lot before we take any scene and support each other during the shoot. It creates a better piece of work the friendlier we are. During "My Name is Kim Sam-soon", we talked for more than a month before the shoot. We started seeing a lot of each other with tango and all that before we started shooting "Scent of a Woman".

She said, "All my partners were very attractive. I think they transformed me into the lovely woman that I am now".

She also hinted at a fourth romantic guy. She naturally mentioned that she wanted to do a romantic comedy next.

"Everyone calls me 'RoCo Queen" but I haven't really done a romantic comedy yet. My sister even asked me if I could do a romantic comedy once I'm married. She was tired of crying with "Scent of a Woman". It was hard to watch it with my mother because she cried so much. I need to think about a romantic comedy since all my friends and family want it so much".

"[Interview] Hyun Bin, Cha Seung-won, Lee Dong-wook... will become popular when with Kim Sun-ah"
by HanCinema is licensed under a Creative Commons Attribution-Share Alike 3.0 Unported License.
Based on a work from this source