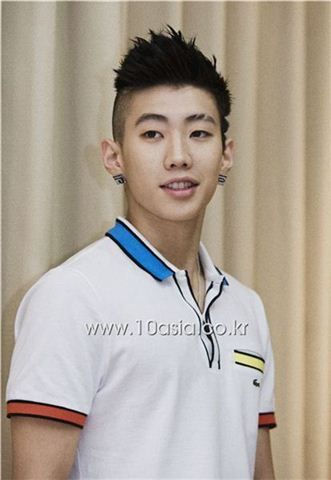 Singer Jay Park poses during a photo session of a press conference ahead of performing at the "Summer Week&T" music festival held at the Naksan Beach in Gangwon Province of South Korea on August 7, 2010. [Chae Ki-won/10Asia]

10: You weren't able to do what you wanted while you were in the United States. How did you cope with it?
Jay Park: It was really hard. Because I caused trouble for many people and I myself was upset too. That's why I kept quiet. So I just kept practicing and working part-time at a tire shop. But b-boying again helped a lot. I liked being able to dance with other people again because I hadn't been able to b-boy while pursuing my singing career. My body had been itching for it though. I was happy because I got to b-boy even though I wasn't singing.

10: Then what kind of music do you want to do once you resume your career"?
Park: I'm not set on a particular genre, as in hip-hop or R&B. I have yet to become as good as Kim Jo-han at singing and as good as Tiger JK at rapping yet. But I want to do both and get better at both. Plus I want to dance too so I want to be able to do all of it. Do you know Drake by any chance? Music of that style. I like Usher and Chris Brown as well. And I want to do music in which I have contributed a lot to.

10: Do you have any self-made songs ready?
Park: I don't compose songs yet but do just a little bit of writing and making melodies. I wrote 'Bestie' and my friend made the beat for it. I had to write in Korean, not English, so I'm excited to know whether it makes any sense (laugh) and what people's response will be like.

10: Has it been decided which musicians will take part in your album? Or is there a musician you want to work with or are interested in?
Park: I've been doing a lot of work regarding music these days, with DOK2, Brave Sound and Kim Johan. And I personally like Taeyang a lot so I would like to work with him too.

10: So you're now in a situation where you can do music the way you want to, right?
Park: Yes. I want to work with various musicians. And that's why it's fun. If someone that I like asks me "Do you want to do this?" I can just say "I want to". That's the way I like it done.

10: Is that how you're going to work on your album too?
Park: Yes. I think that's what I need for the music to turn out well.

10: If you work in such a way though, it means you'll have to take part in the producing too which will increase the pressure you feel. How do you feel about that?
Park: I love it. (laugh) I think this'll be much better for making better music. I'll work harder because I'll be doing music that I like and is my style. I can choose the song, the dance and even my hairstyle. 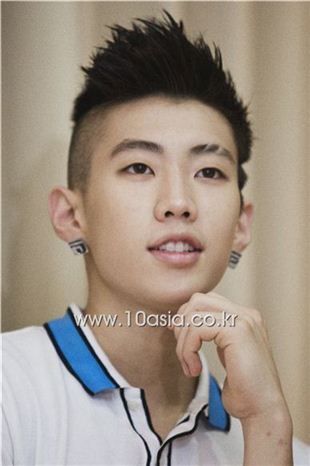 10: Do you want to pursue acting too then?
Park: I do. I want to do a lot of acting that is funny. Like sitcoms. But I think I need to practice a lot more. From working on "Hype Nation 3D" I have seen that I haven't done as well [as I've thought] when I monitor what I've done later on. I'll think I've put on a certain expression but it doesn't turn out like that.

10: How is the filming for "Hype Nation 3D" coming along?
Park: I think I don't dance as much as I had originally thought I would. (laugh) The only scene where I dance is during the battle and the rest is me fighting and shouting to my little sister. (laugh)

10: You were recently appointed as a publicity ambassador for the Korean Paralympic Committee. Do you want to keep taking part in social work as well?
Park: Of course. I think it's really good being able to do such things with whether it be for family, friends or fans.

10: What is your goal as a musician?
Park: I don't know. I don't have a goal. For now, my aim is to find a way to repay my fans and try to meet them a lot through good songs and good performances. I have a new production coming out so I'm hoping to find a great choreographer to show you my dancing properly. I want to go slowly, showing my fans great sides to me and express my music.

10: As a musician, do you have a role model?
Park: Michael Jackson. (laugh) To start with, because he's the best.

10: What would you like to say to your fans?
Park: No matter what opportunity comes up from now on, it'll all be because of my fans. Not because I did well or because I'm great. I think everything was possible because of my fans. I really... I can't express it in words. How thankful I am. I promise I'll repay you.

"[INTERVIEW] Jay Park - Part 2"
by HanCinema is licensed under a Creative Commons Attribution-Share Alike 3.0 Unported License.
Based on a work from this source