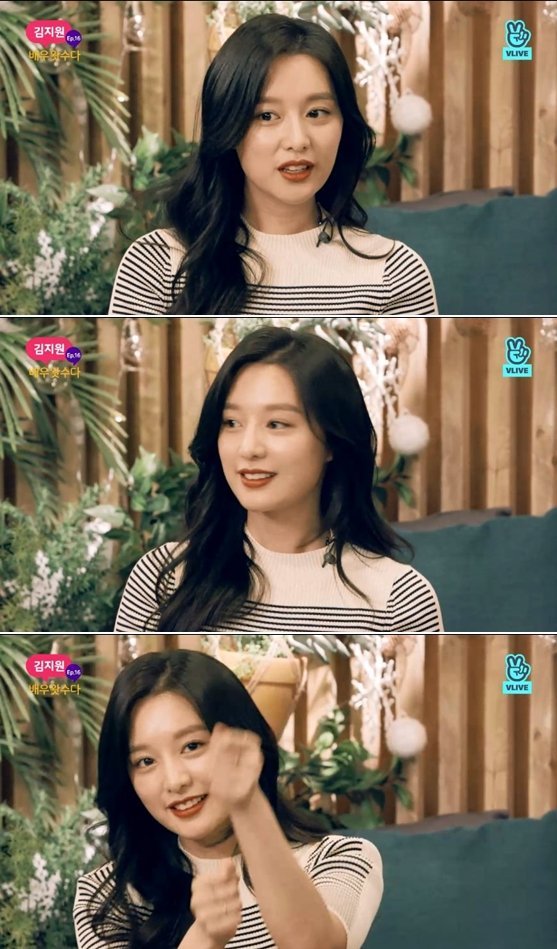 Actress Kim Ji-won claims her nickname is 'worrisome doll' and that she has a lot of worries.

Kim Ji-won seemed nervous and claimed she was worried about a lot of things like her name. Park Kyung-rim presented her with a 'worry doll'.

Kim Ji-won said, "I've had a lot of worries since I was young. As an actress, I had more to worry about. Now I'm worried if "Detective K: Secret of the Living Dead" will be successful".

It was mentioned that director Jang Jin felt the vibe of Kim Hye-soo and Kim Hee-sun from Kim Ji-won after he saw the sub-title "Won Bin's Girlfriend Kim Ji-won" in the 2011 movie "Romantic Heaven".

Kim Ji-won was shy and said, "I remember that because that's the biggest compliment I can get".

"I was in an ad with Won Bin for bread. I was his girlfriend for a short while in the ad".

Meanwhile, Kim Ji-won is starring in the movie "Detective K: Secret of the Living Dead" which is coming out the 8th of February.