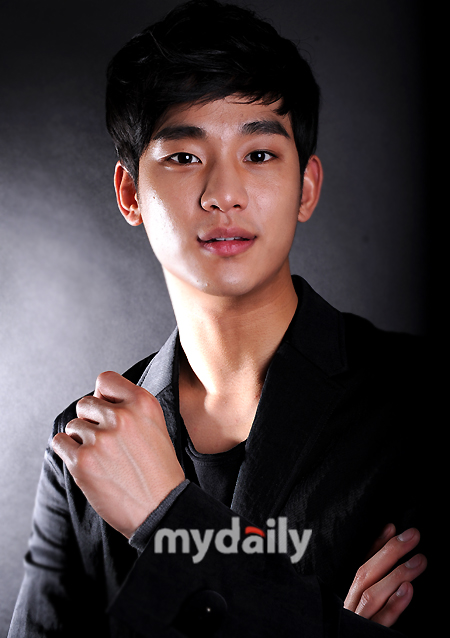 "Don't you dare sty far from me. This is a king's order".

Women can't deny the order of King Hwon. Those mesmerized by him fell in 'Soo-hyeon ache' and their hearts thumped at the words, "I will untie this coat string for the Queen". Kim Soo-hyun meets with Jun Ji-hyun in the movie "The Thieves". This time it's Jun Ji-hyun after Suzy and Han Ga-in. It really is Kim Soo-hyun's generation as he's going in and out of all people's hearts all over the country.

- You are getting together with Jun Ji-hyun in "The Thieves". Han Ga-in and now Jun Ji-hyun. Are you the lucky one or is she?

(Laughs) "Lucky? This is Jun Ji-hyun we are talking about. Jun Ji-hyun". 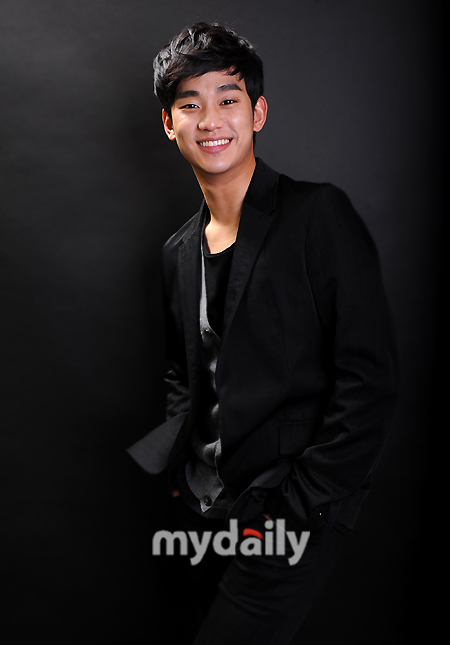 - How was the taking of "The Thieves"?

"The casting is a big deal first of all. I was so nervous at first when I stood amongst all the seniors I couldn't even breathe. It's not like I'm debuting with this movie but I didn't know what to do and I was petrified. But Jun Ji-hyun, Lee Jung-jae, Kim Yun-seok and Kim Hye-soo were nice to me and made me comfortable. I remember the movie making as 'fun and enjoyable'. The character I play is the youngest of the thieves but is a romantic character who would give up his own for love and wouldn't mind if he didn't get the money as well. Now that I look at it, I've only played a man who looks towards one girl in "Dream High" as Song Sam-dong, "The Sun and the Moon" as Hwon and "The Thieves" as Jampano".

- Not as a character on TV but does the real Soo-hyeon also like them?

- Did you know about Jun Ji-hyun getting married?

"No I didn't, I found out through the papers".

- We heard you've boxed for about a year. 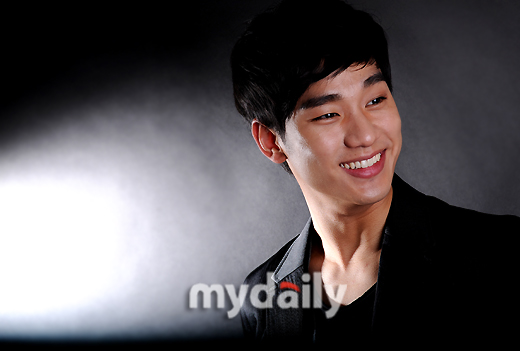 "It's been a while since I've done that. I would like to try again if I have the time.

"I like sleeping. I think I am very normal in that sense. I like going to the movies with friends and to the singing room. I like eating, drinking and there's nothing else special about what I do".

- How much do you smoke and drink?

"I like smoking and I smoke a whole box at max and only a few sticks at least. I don't drink much though. Only a few shots of Soju".

- When do you want to get married?

"No I haven't thought about it".

"I should go, when I have the time to look back? However, it's something the country decides for you so there's nothing I can do about it".

- Hwon couldn't love another woman in "The Sun and the Moon" because he couldn't forget the dead Yeon-woo. If you were in his shoes and the woman you love was no longer in this world, would you be able to not see another woman?

"Um...I think for a while yes but I don't think I could do that for 8 years like Hwon". 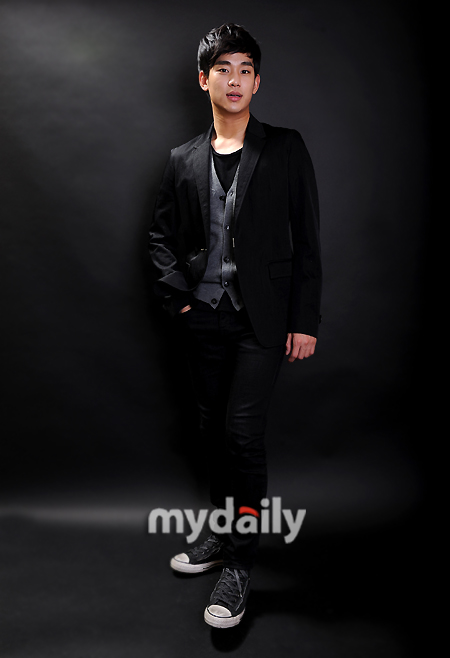 - You are in Key East with Bae Yong-joon, did he give you any advice about "The Sun and the Moon"?

"He monitored the drama from the beginning until the end. As much as I was anxious about the drama, I over exaggerated in some parts of the drama such as my eyesight, emotions and using my muscles. He pointed them out to me. He said, 'It's true that the Hwon you are acting out is smart, sharp and appealing. However, you are focusing too much on them'. I thought about what he said and I realized I was leaving out the purity Hwon had. I said I'll fix it right away and after he's been very complimentary and supportive".

"[Interview] Kim Soo-hyun, "Bae Yong-joon's idea of Hwon...""
by HanCinema is licensed under a Creative Commons Attribution-Share Alike 3.0 Unported License.
Based on a work from this source