[Interview] Kim Tae-hee, "Laying down? I almost got bedsores" - Part 1 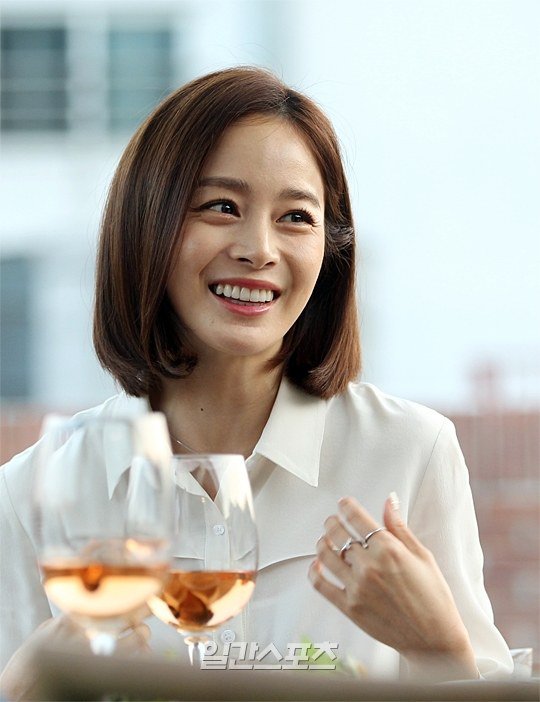 Kim Tae-hee looked like she had a lot to say. Her comeback drama the SBS "Yong Pal" is over so she looked relaxed on the outside but her mouth didn't stop moving.

The drama gained popularity in the beginning with a viewing percentage of more than 20%, but towards the end, the story became confusing with Han Yeo-jin (Kim Tae-hee) getting liver cancer and such. She laid down for at least 6 episodes before she had her whole face bandaged then she was back in the patients' uniform because of liver cancer. She played the role of a very stranger character and the actress herself knows this. The ending became unknown but she doesn't resent anyone or anything. "I knew that I would be laying down when I chose the drama. I am not upset. Oh, and it's not easy to be laying down. It was hot when we shot those scenes and I almost got bedsores".

There was a lot of issue about the drama but Seoul National University student Kim Tae-hee matured into a real actress through this drama. She didn't appear as much, but her act was assuring, and her attitude towards acting appealed with the viewers. When it comes to popularity she's broad minded because issues about her talent had been going on and off since her debut.

She's been seeing Rain (Jeong Ji-hoon) for 3 years now. Their regular dates are always going around as speculations and she might feel the pressure although she was quite calm about it. "We have to live with that attention. This job is about living off the love and support of the public so we must deal with the unwanted attention as well. However, I do wish they don't make stories out of it. I wonder about the Jeju Island open tickets too. I can't even go and I am jealous about the rumors".

- Official question: How much do you drink?

"I drink about four shots of Soju or two pints of beer or two glasses of mixed drinks".

- You're not a great drinker.

"My body denies it. I become red if I drink. Others say they feel good when they drink but I get tired and I don't understand why I have to drink to make myself tired".

- Do you have a drinking habit?

"I have been to the point of getting drunk so I have no idea. I guess I would sleep if anything".

- How have you been lately?

"I'm just resting. Meeting friends and filming ads I was too busy to take care of. When I'm at home I just stay blank without thinking".

- The drama is over.

"I would be tired if it wasn't this drama but I'm fine. It's a bit disappointing actually. If I had many scenes like "Jang Ok-jeong" and "My Princess" I would be tired but only the staff and other cast worked harder than me".

- So you're saying you didn't have many scenes?

"I was in bed until the sixth episode. Compared to my other works, I didn't have a lot to do".

"I fell for Han Yeo-jin like I would fall in love. I decided I should do this without greed and just the way I feel". 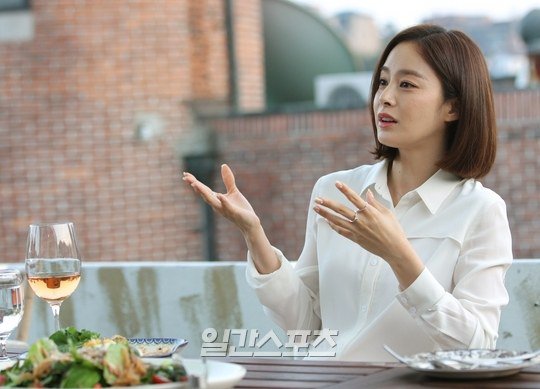 - It wouldn't have been easy to let go of a title role.

"Those around me worried more about that than me. They asked me if I was making the right decision".

- When it comes to choosing work, is it all up to you?

- The story of the drama wasn't easy to understand in the later half.

"I want to ask if it was that strange. I thought it was fun until the end. You can't be 100% happy with anything".

"I was against extending the episodes and I argued that it was for the best of the drama to stick to the original plan but it's not something I can decide. I did think 16 episodes was short".

- Was the liver cancer too much?

"The story of the drama is what the writers worry most about. I only saw Han Yeo-jin. I even asked if it was medically possible that she suddenly came down with liver cancer. I was sick without knowing it. I knew the viewers would suspect that Han Yeo-jin was not really sick. So I had to express the 'sickness' through my expression and make-up".

- It's not easy to make an issue of laying down.

"I wasn't in bed because I wanted to be. I thought I was in bed too long so I asked the writer to expand my scenes. Still, that's how the drama had to flow".

- It's not always great to be laying down.

"Of course, I almost got bed sores. I get hot easily and sweat too but laying down made me hurt in the bones. It was awkward laying down and resting while everyone else was walking around busily". 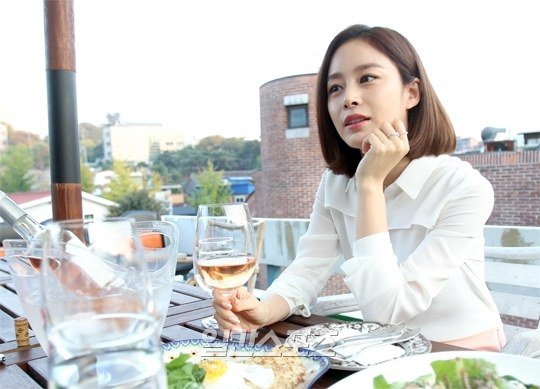 - Did you ever regret choosing this?

"I only thought of Han Yeo-jin getting revenge and waited".

- You lost 4 kg because of the drama.

"I thought I had to look pale and thin because I am a sick person. My schedule also overlapped with something else so I spent a week up at night. That's why I lost so much weight".

- Was there any inference?

"I went to visit Lou Gehrig's patients before and I remembered what they said. I found books on them too".

- How did you lose weight?

"When you age, your weight doesn't change just by working out. You have to start a diet".

- Are you maintaining your weight right now?

"I don't eat a lot and I think this weight is good for me. I like how I look now".

- They say an actress' worst enemy is dieting.

"I might get criticized for this, but I like dieting. I don't dislike eating, but I am not a huge fan of it either. I eat whatever and think it's good and if there's not a lot to eat then that's fine too. I'm used to it now".

"[Interview] Kim Tae-hee, "Laying down? I almost got bedsores" - Part 1"
by HanCinema is licensed under a Creative Commons Attribution-Share Alike 3.0 Unported License.
Based on a work from this source