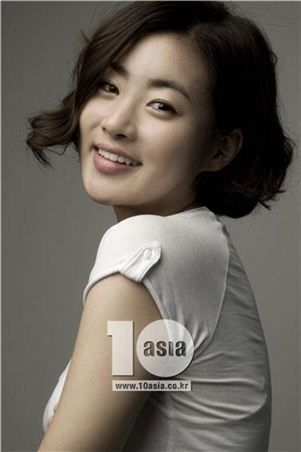 My name is Kang So-ra.
I was born on February 18, 1990. I was born early in the year so according to the Lunar calendar, I am a year older, which makes it easier for me to become friends with people born in 1989 but a bit weird to have people born in 1990 call me unni [older sister in Korean], so it's a bit difficult.
I published a martial arts novel when I was in fifth grade. The publication was based on a character named Ajin from a martial arts website and this one member whose ID was Nokcheon rooted a lot for me. It's sad that I don't have a copy of it.
I wrote a book report based on the novel "Norwegian Wood" when I was in middle school. I went to the bookstore and picked out "Norwegian Wood" because we were told to choose any book we wanted. I chose it because it had the phrase 'This generation's best author Haruki Murakami'. What caught my eye was author Haruki's melancholy style of writing rather than the content. I don't remember what I wrote but I remember receiving an award for it. These days I'm still reading Haruki Murakami -- "IQ84".
The only way I deviated during my teenage years was watching "Sympathy for Lady Vengeance" at the movie theater. I began to mature in the ninth grade, gain weight and grow in height so I was able to buy a ticket pretty easily even though I was wearing sweats.
I played an active part in my drama club when I was in high school. I was in charge of writing scripts so I wrote a student play when I was a freshman and a science-fiction play during my sophomore year. The SF play was titled "The Leftover Word". It was about a character from the future, where everything is funded by the government and there is no such thing as marriage and childcare, who meets his family from the past and realizes that the concept of family love still exists. I played the role of a human android because I didn't want to take on a bigger role since I wrote the script. I used a narration-like voice similar to the one from tvN's "Rollercoaster" because my character was almost human-like.
I enjoyed watching movies at Cinecube. I watched "Kamome Diner" and "Udon" the day it opened in theaters but I always watched it alone because I didn't have any friends to go with.
My appetite grew immensely when I was a freshman in high school. It was to the point where I went to the snack bar every period. I am never picky about food. That is why my friends' mothers really like me. I would ask for seconds and eat it deliciously with any side dish. I still believe in the theory that one person should have one whole chicken, one person should have one whole pan of pizza.
I began dieting during my senior year in high school to major in theater and movie. I didn't have the ideal body but the acting academy gave me lines for romantic roles like Juliet. I learned to dance, ran around Hapjeong-dong twice and most importantly gave up on late-night snacks. I didn't even eat anything after 6 p.m. In the past, I ate so much that it would be more precise to say that I reduced on what I used to eat to normal portions. However, I won't recommend the Denmark diet to anyone. At some point, your breath only smells of eggs and chicken. And right after you finish the diet, there is a yo-yo effect.
I was chosen last minute for the movie "4th Period Mystery". I had just stopped by the auditions for it since I was taking a break from school but unexpectedly got the part. I was scared too but I got it last minute so I had no choice but to play the role.
My most favorite food in the world is chicken and beer. When I was younger I enjoyed double deep-fried chicken but I've come to realize my love for lightly fried chicken. The best chicken combination is half fried and half seasoned with a lot of radish. There is this really tasty chicken place near my school although it's a bit shabby. I've become an advocate of 'one chicken per person' after eating their chicken. When I went with my friend our bill came out to 50,000 Korean won. The weird thing is that I don't get full from eating the food but I can't eat anymore because I drink too much. I'll drink about two mugs of beer with one chicken.
I was cast to play a swimmer who is part of the Korean National Training Center for an upcoming drama tentatively titled "Doctor Champ" which stars Kim So-yeon and Uhm Tae-woong. My character is someone who is known for her pretty face and she would rather put on make-up than show any desire to improve her swimming record. She will raise her record if she feels like it but then become uninterested. 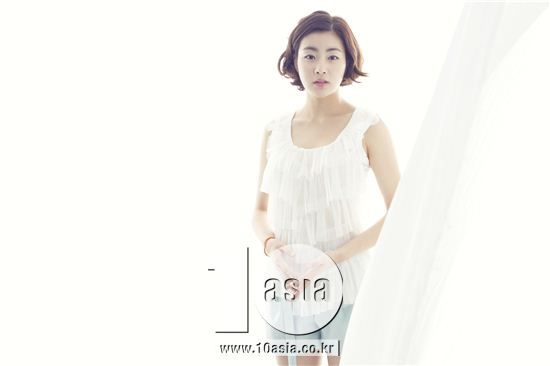 Korean actress Kang So-ra poses during an interview with 10Asia. 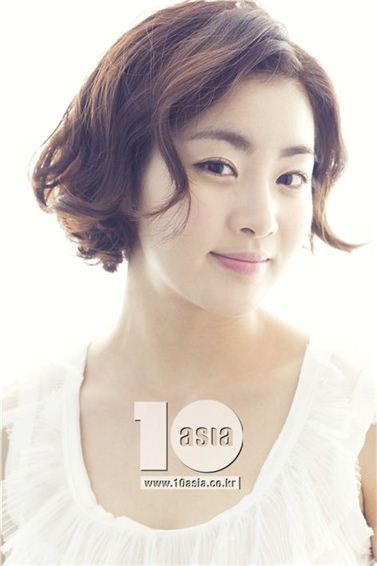 Korean actress Kang So-ra poses during an interview with 10Asia.

"[INTERVIEW] Korean actress Kang So-ra"
by HanCinema is licensed under a Creative Commons Attribution-Share Alike 3.0 Unported License.
Based on a work from this source