Ku Hye-sun is out with her newest new age album called "Breath 2" for the first time in 6 years. But that's no surprise because Ku Hye-sun has been very busy as an actress, film director, hosting exhibitions and publishing novels. There have been people who looked at her with jaundiced eyes and the reasons being that she released mostly repertoires and her acting skills. However, her music is comfortable enough for anyone to hear. Listening to them with closed eyes releases a field of imaginations. Her music makes one liberal and so did the interview with her. The discussion was mainly her album and the talk of music soon became talk of people.

Q. How does it feel to be releasing your second album?

Ku Hye-sun: I don't know yet but I'm lighter at heart.

Q. This is your first album in 6 years. How long have you prepared for this?

I've been working on it every chance I can. Some of the songs have been made a while ago. Some 3 years, some 5 years. I discarded some songs and polished the album around the edges a little bit.

Q. How did your company react when you said you were going to release a second album?

I told them that I would finish making the album before I release it. The first album did well and I'm not embarrassed by it. I hoped my company wasn't too because the genre is completely different from what the company pursues.

Q. It's been a long time. Do you think you're ready to come back?

I am quite free. If I was in the middle of a drama or movie or was going to be busy with one, I would have postponed my album a little bit. I intended to release it around April because of a song that sounded like April. Actually it means 'death' but I changed the title to "Tens and Thousands of Years Later". I think it's a good song to listen to every once in a while when you're down. 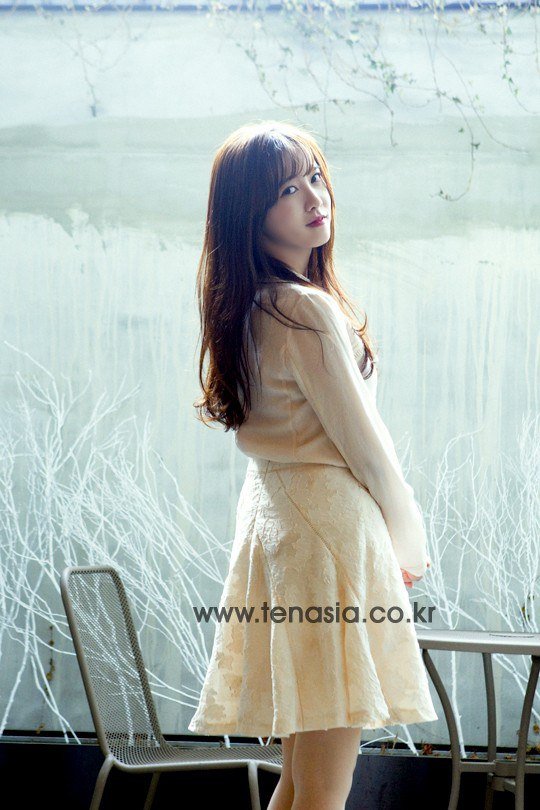 Q. Your title song "Tens and Thousands of Years Later" is a remake of the "Peach Tree" OST.

Yes, it was remade with an orchestra. At first it sounded like a children's song and wasn't like it was supposed to be. This time, I made sure the song sounded natural and added some cello sounds.

Q. We were wondering why you remade an already existing song and put it on your album.

It didn't matter because no one knows about that song anyways. Only that song has a different code. It's the only one which can be played with variation. I had thought of changing it and it's the first song I actually played the keyboard in. When I was done, it was peaceful to listen to. But that doesn't mean it doesn't have an introduction. It starts softly and changes color in the middle. I put a lot of seasons in it. It used to be a sad song but I like the way I altered it.

Q. The music video was impressive and so were the English subtitles.

The image didn't cost much. I used my phone to do it and the angle turned out great. There's no story either but if there was one it would've been too perfect to the contents of the song. I wanted to show much of the ears and neckline to appeal feminism. Some say they thought the neckline was my hip. I filled the screen with something even I don't understand. Using old film made it look sad and it was fun making it.

Q. Without the lyrics, it's fun to translate the song.

The music is hard to concentrate on because there are no lyrics but I tried to make it as open-eared as possible.

Q. Why is it that only 'April' has lyrics?

It doesn't have a high tone. I decided I could sing it comfortably. I worked on a scenario before and I planned on using it then but it didn't seem fit at the time.

Q. Do you make a title for your music first or the other way around?

I think of a title after making the music. There is music I didn't make the titles for. We talk about what might suit the music best and choose what feels right.

Q. Without a concept the influence would be irresolute.

Yes it is when I look at nature or the scenery. There are many childish lines in a love story. I think New Age is good for me because I put a lot of seasons in it. I induce imagination and creativity. "April" does that. Actually, making up a title is quite hard. "Disappearance" was hard to think of. All my products at my exhibition in the past were all without titles too.

Q. What kind of a person is Choi In-yeong who arranged the songs?

Choi In-yeong is a producer I've been working with from the beginning. He arranges my unarranged music. It's like he activates the drawings I make. In a movie, the actors have to act in front of a camera and a director has to manage everything overall. He is the actor and I am the director. He knows me well and we get along. 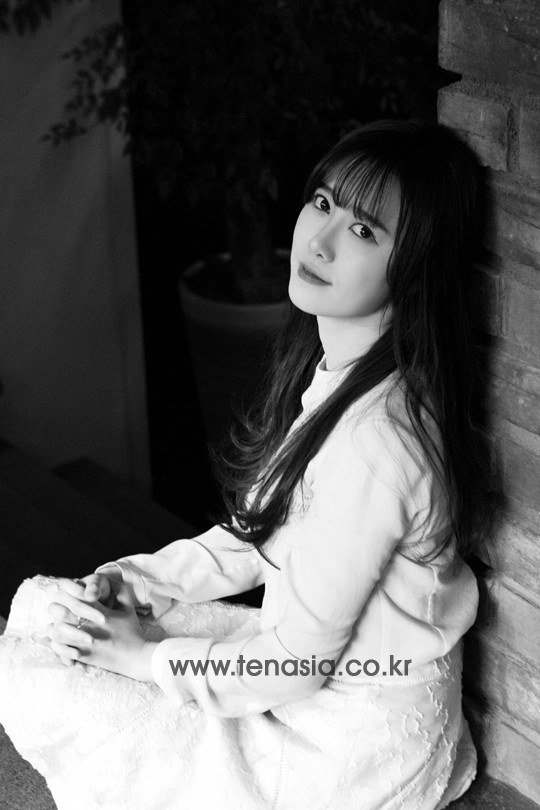 There's loyalty and friendship between us. We used to work in an apartment space and we would get misunderstood when we went in there to work. He almost became my boyfriend because of the misunderstandings but we're not like that. He's married by the way. We put up a sign at the apartment and even sound-proofed everything. My manager was surprised at the work we did to it.

Q. Is there anything that changed while being arranged?

There's the collaborated music called "Moonlight". Choi In-yeong's suggestion caused it to break away from its original melody. I really like it and we did it together.

Q. Is there a song which was relatively simple to make?

"Magic" was recorded once. I played the piano for it and I was drunk. I don't drink now but when I played I was all over the place. The special effects helped it to sound better. It is an impromptu.

I don't play well. I practice a hundred times before I record but still I'm not so great. It's different from the detail of a musician. It's messy when I do it.

Q. You sing very well but why do you only release repertoires? Rumors say you might have stage fright. What do you think?

It's true. I have fear of going on live. It's easy to think of just playing something that's been recorded but being live on stage is different. 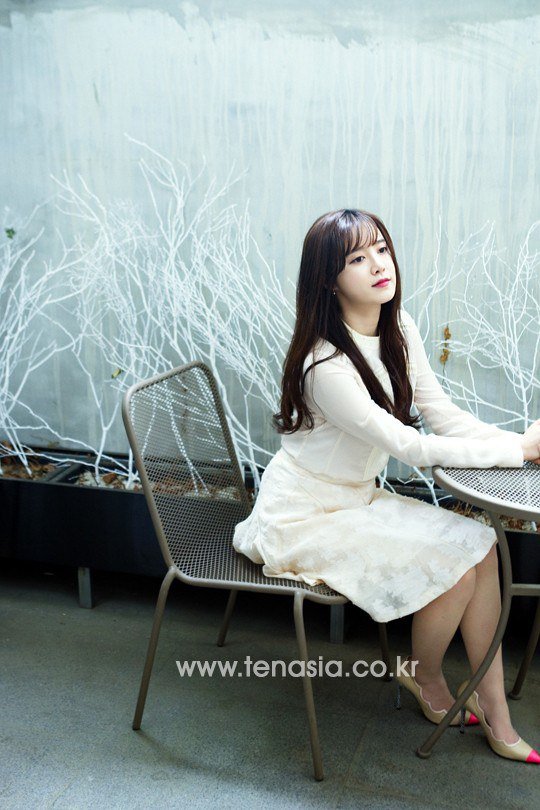 Q. Are you a perfectionist?

I am not a perfectionist but try to be so it gets awkward. I try but it doesn't turn out the way I want it to be. Music is a different story because you can complete it before releasing it. Don't think about singing Ku Hye-sun. "April" was a quick one. Rather than singing, it was like delivering the lyrics like I was talking. There's no vibration to the song too because I didn't think I was singing.

Q. You are a writer, movie director and you host exhibitions too but some criticize you too stick to one thing. Why do you continue to challenge yourself despite the criticism?

Freedom! I feel free. No one has the right to violate someone else's rights. People criticize because they think I'm all over the place but I don't feel it. You don't always have to do things the way they have to be done. No one can say anything about anyone's life. Being 'in the middle' gives you the energy to be free. Being certain about something makes it being stubborn and obstinacy. You have to be prepared to open up your heart and accept things. There's no real answer. Just be free. Results are not that way because I made them so. They are just meant to be. If you linger in the past you will end up with a trauma. The past makes me who I am now. You have to forget what's holding you back.

Q. So your attempts at many things is to live tomorrow.

I think I'm doing it to live. I have to live today for tomorrow to come and so on. People always want new items like changing cell phones all the time and getting bored of something. Humans are made that way.

Q. You said before that you think you have materialized all your childhood dreams. Do you have new dreams?

I dream of dreams that can't come true. I say I 'materialized' but that's just compromise. I always have different dreams. Without dreams there's no life. A life without dreams is so bitter. If you can say the world is a beautiful place then you are the happiest person on Earth.

Q. Do you want to send a message to yourself?

What should I say? I forgive you. Let's live again. Well, this time. Let's just look forward. 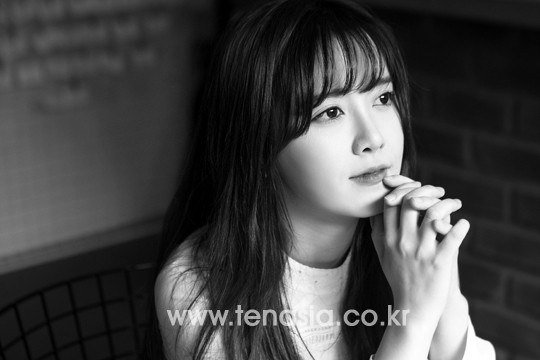 "[Interview] Listening to Ku Hye-sun's music"
by HanCinema is licensed under a Creative Commons Attribution-Share Alike 3.0 Unported License.
Based on a work from this source