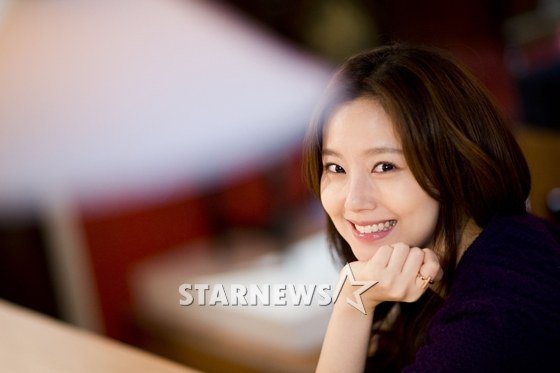 "Today's Love" is daringly said to be the "My Sassy Girl" of 2015. Moon Chae-won is the 'it girl' as she dances and swears, but she's still a lovely girl who we can't take our eyes off.

Moon Chae-won is a weather reporter named Hyeon-woo who has a friend she's known for 18 years and is somewhat more than a friend but not lovers with him. This is Moon Chae-won's first romance comedy and she's landed herself in a pretty good character.

We met Moon Chae-won who seemed far from the girl from the movie. She wasn't even a drinker.

"I am very much like Hyeon-woo. For a couple of months into the making of the movie, I live in my character's life, the life I can't live normally and people wonder if I was actually like that. However, after time, I'm back to being comfortable. I sometimes think to myself to be like the character I am playing at the moment but I just end up getting confused. What's comfortable for me is very different from Hyeon-woo".

Moon Chae-won blinked her eyes slowly and made eye contact as she spoke. She seemed like Hyeon-woo the way she seemed so languor and eager to deliver her thoughts to people. She's as interesting as Hyeon-woo. 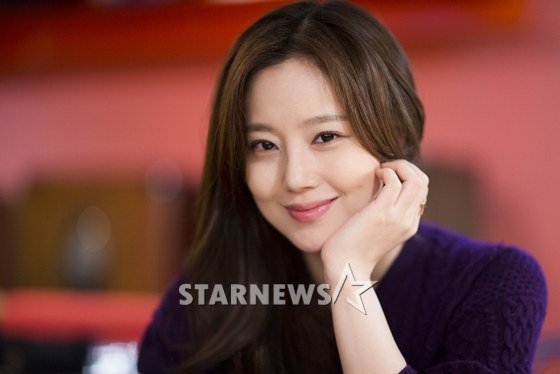 - It's been four years since your last movie "Arrow, The Ultimate Weapon". You've come back with a completely different image. Do you feel pressured?

"Not really. I usually played a dark character or someone who has some kind of trouble sweep over her. I liked it at one point but I ran out of energy for it. If something didn't come now I knew I'd be fixed with that image so I started looking for something more bright and cheerful. I didn't take interest in romantic comedies and didn't say I would do them but someone simply advised me to do one before I turn 30. I wanted to give romantic comedy a try. So I did. It was fun. I think I can make myself to suit that image".

- Your drunk act was awesome.

"I don't like drinking that much so I stay completely sober while others drink sometimes. I have watched them and it's a pain having to watch them and not drink. When people get drunk there are so many things that happen. I say to myself, "That person is such a drunk" or "That person is a cute drunk". I have a memory of 10 years of watching people get drunk. That's what I'm referring to in my act. Some think I really enjoy drinking. I can act like I do, but I really am just acting. I even filmed a Soju commercial". 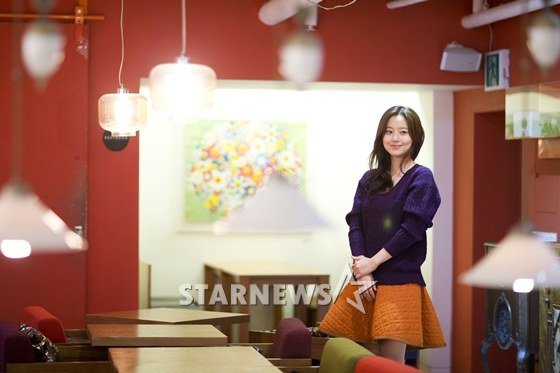 "There's a scene where I am on Seung-gi's back singing and biting his ear. My hair falls to one side of me and he says, "How come your hair gets drunk too?" It's one of my favorite scenes. It's fun doing things you don't normally do".

- The scene where you belly dance is hilarious.

"I actually like dancing. It's not like I dance well but sometimes my friends and I go on a trip and dance in our lodgings. I used to dance by myself at home with my MP3 and my mom would freak out when she opens the door to my room. My body remembers the rhythm from then. Actually, getting drunk and dancing isn't something you can do unless you give yourself up. If you are concerned about what other people are thinking then you can't do it. You have to pretend that no one is there. I wish I'd been clubbing when I was younger to let it out".

- The response should've been great.

"I was doing all sorts of things even before the camera started rolling. There's something called the laughter point and I wait for that. I remember what everyone likes and use that when the time comes".

-Weren't you worried for your image since you're an actress?

"I was but I don't mind making a fool out of myself for character. Even though I try to look as bad as possible, the director makes me look food. I trust him enough to do what's best for me. I am worried about interview pictures and things like that aside from acting. I have to look good".

-This movie reminds us of "My Sassy Girl". Don't you think so?

"Initially the title of the movie was "Woman of Three Men". It reminded me of "My Sassy Girl". There hasn't been a character like that for a while. So that's why I wanted to do it more. I liked the idea of a female character causing trouble. It's been a while since "My Sassy Girl" and "Singles", where a woman takes control". 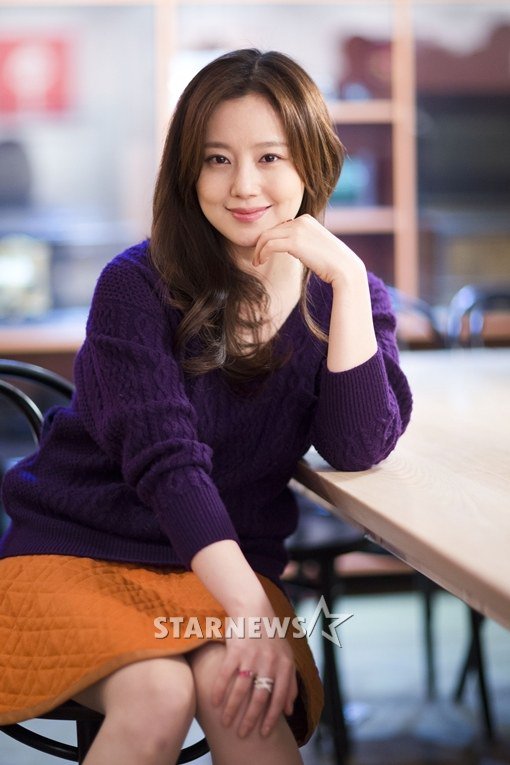 -Is your character similar to yourself when it comes to romance?

"I usually just cut men off right away if I don't think we're meant to be. It's pressuring to know someone is growing their feelings for you. I had that experience when I was younger and now I just tell them straight up that we're not meant to be. These people never affect me later. It's not like I'm in my early 20s anymore".

-Hyeon-woo is spiteful but still loveable.

"That was what the director wanted. "I want all my characters to be lovable, but I wanted Hyeon-woo to be the most lovable. I don't want her to be too sassy". If he didn't give me a direction I would have been more spiteful but he was there on the way to guide me".

"I want people to know that she's actually lonely. If she was cheeky all the time and just used Joon-soo (Lee Seung-gi) then she wouldn't have been appealing. There was a scene where she flirted with Hyo-bong (Jung Joon-young) too but (drops head) I didn't do it for the sake of saving my life".

-You work well with Lee Seung-gi. Is it because it's your second time?

"I feel grateful that we got along so well. I haven't had a 'difficult' drama or movie yet. If I get along with the people I'm fine. We weren't close when we filmed, "Shining Inheritance". We just 'knew' each other. I actually want to get to know Seung-gi more after this".

"I didn't know we looked good together and I thought people were just saying that. I noticed that when we laugh we have big mouths and much of our teeth can be seen. We kind of look alike like that. I began to wonder if directors consider that when they cast someone. Still, looking good together in a romance flick is a good thing".

-The kissing was hot.

"Watching a kiss scene in a drama is small but a movie is different. I wondered to myself watching the scene, "Those lips are going to look as big as a person on theater screens". It was interesting doing it though at the age of 29. If I was younger it would've been awkward. Now I'm bolder. It's natural. I was sensitive about matters like that years ago and I didn't want my family and friends to see. But now I see things differently".

-Don't you want to fall in love?

"I do. Watching the movie I say it's so cheesy but in the end I envy them. I want to find someone good for me but it's not like I can do that on my own. The movie somewhat satisfies me but it's not enough. I did learn that I should do what I can with the person I love if I meet someone. I always learn something from my work".

"[Interview] Moon Chae-won's belly dance and relationships"
by HanCinema is licensed under a Creative Commons Attribution-Share Alike 3.0 Unported License.
Based on a work from this source