[Interview] Park Shin-hye, "Slump? Rest is all you need" 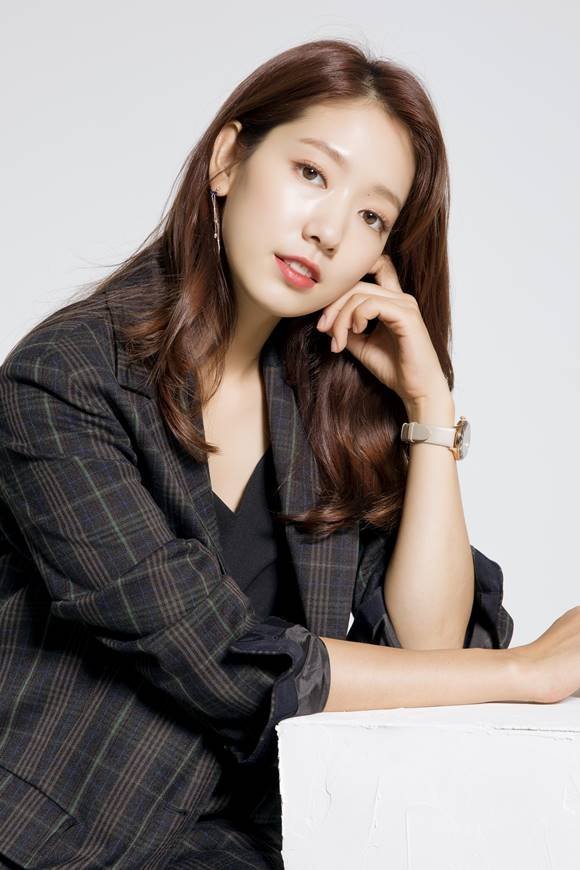 Park Shin-hye has been in the limelight since she was young. She was born in 1990 and starred in the 2003 drama "Stairway to Heaven" as the younger version of Choi Ji-woo. Initially, her dream wasn't to become an actress. She'd wanted to be a singer and once belonged to Lee Seung-hwan's agency.

It was coincidence that she became an actress. One day when she was fourteen, she took an audition and landed a role in "Stairway to Heaven". Her impressive performance helped inspired the one-episode extension.

After finding success in "Stairway to Heaven", she continued to act in dramas like "Seoul 1945", "Trees in Heaven", and more. She also appeared in movies "Evil Twin" and "Cyrano Agency".

In 2013, she played the role of Ye-seung in the movie "Miracle in Cell No.7" then continued on with films "The Royal Tailor", "Beauty Inside", "My Annoying Brother", and dramas "Flower Boy Next Door", "The Heirs", "Pinocchio", "Doctors", and more. Most recently, Park Shin-hye appeared in a movie called "Heart Blackened" as lawyer Choi Hee-jeong. She defends a man named Im Tae-san (Choi Min-sik) whose fiancée (Lee Honey) is murdered and who wants to protect his daughter, Im Mi-ra (Lee Soo-kyung-I), who is targeted by the authorities.

As an actress of fifteen years, Park Shin-hye has experienced slumps in her career. A few of her dramas have received low ratings or were trunkated. At times, her acting was criticized.

Reporter Kwon Hyeok-gi of "The Fact" met Park Shin-hye in a café last month and asked her how she overcomes slumps.

"If you feel tired and fall down, rest is all you need. I don't like being hurt and tired, but when I do, I let everything out and look for something else. With time, the pain heals and I'm better again. I didn't belong to a company for about a year when I was nineteen, but I just enjoyed school. People asked me why I wasn't working when my fellow actors were so busy. I only wanted to make the best of school. Was that so wrong? However, I am glad there's something I like to do and there's something I can do in the future. Resting recharges me". 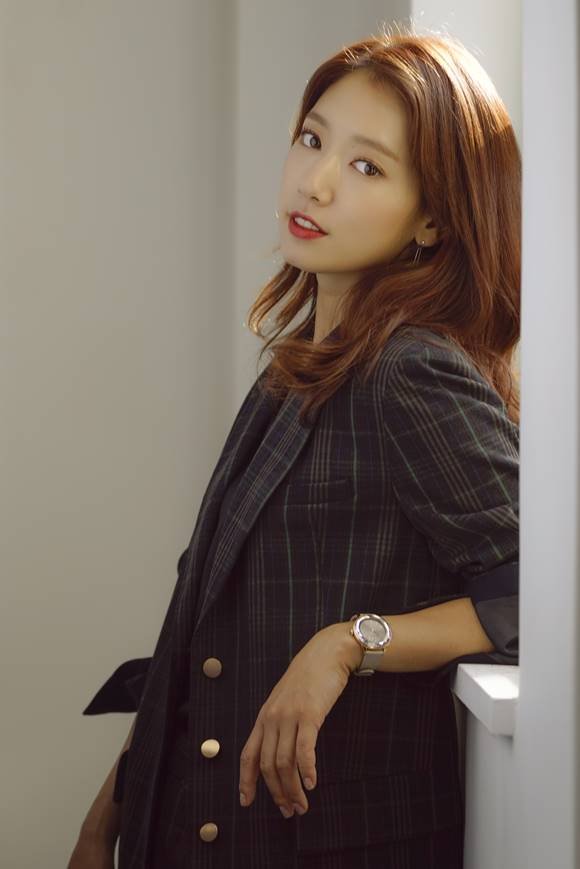 The following is the interview with "The Fact".

What do you think about your movie?

-I watched it for the first time at the premiere. When I saw it before it was edited, I didn't notice much as I was too busy checking my work and how I executed things, but when I watched the movie for real, I became an audience member myself and time flew by.

How did you feel when you got the scenario?

-I received the scenario when I was filming "Doctors" and I had heard a lot about it. I was suspicious at first because the movie has a huge twist, but it turned out to be fun.

How was meeting director Jeong Ji-woo at first?

-The movie consists of many emotional changes between characters, but he said Hee-jeong had to be the righteous one in order to fool the audience. He said he thought of me while he was looking for someone that people can trust and seemed righteous. I think that's thanks to my image that I've built since childhood.

Not at all. Director Lee Jang-soo said many good things about actress Park Shin-hye.

-He was the director of my first leading drama. He chose a sixteen-year-old as his leading actress and I was glad to be with others my age. I had a break as I was in school and came back with "You're Beautiful" when I was going on twenty. Then, I played many roles that were suitable for my age.

What did you do for your role as a lawyer?

-I focused on the life of a lawyer rather than the job itself. In court, a lawyer is serious and questions her subjects, but I learned that in real court, they usually fight over papers. The job requires quick reports to the justice department and Hee-jeong was just loaded with work. Then she gets chosen as the lawyer of a rich entrepreneur's daughter and feels more pressure. The court was a set, but it still seemed solemn and compressed, like something was pressing down on it. I could feel the air move along with the people inside it. The court scenes were so serious that once we were done, we actually hurt because we tensed up so much for it. We were all physically tired.

It is true you have that righteous image ?

-Most of my characters were ones that went through a troubling times, but tried to overcome. It's not like Candy who says, "I never fall and I never cry", but it's like "I fall and I cry, but I'll get back up again". I guess that's why I have that image. I've also done bad roles before.

Lee Soo-kyung-I depends on you a lot. How was working with her?

-I was a teacher and like a mother to Lee Soo-kyung-I in the movie. I could scold her if I wanted. She was a delinquent who went through several teachers, but Hee-jeong was the only one who truly approached her. Mi-ra's first beer was from Hee-jeong. In real life, Lee Soo-kyung-I is allergic to flour, so I helped her look for food without it and we took selfies on our phones and such. She's people-shy but when you get to know her, she's incredibly fun and cute. 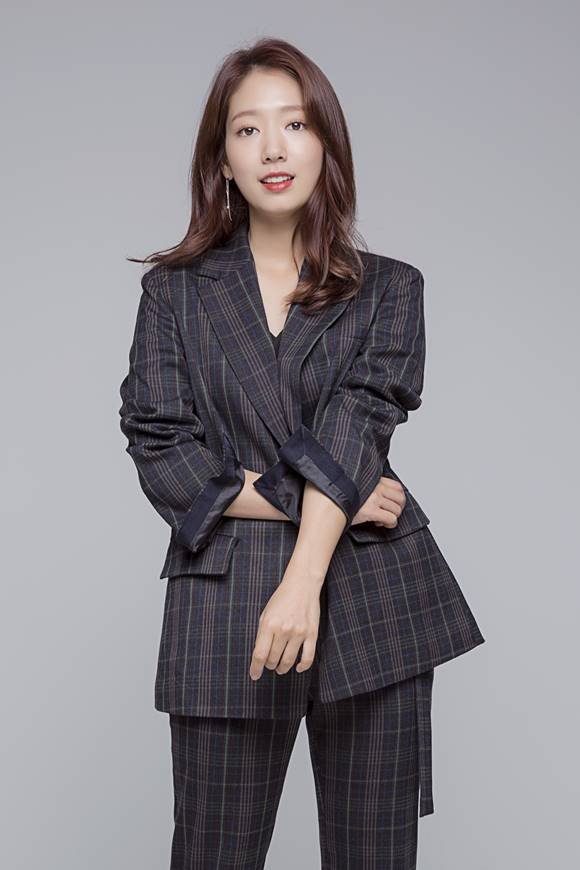 It was your first time with Choi Min-sik.

-I've seen him in many movies, but I was surprised to see him in real life. He was the bad guy. He was so bad in the movie that it made me want to cry but on the other hand, it's amazing how he can have that affect.

What advice has he given you?

-His existence is advice (laughs). I didn't know how to act humiliated in a scene and he told me that it was alright to do more. He didn't tell me what to do, but made it a possibility. It was fun working with him.

How was Jeong Ji-woo the director?

-He's very sharp and keen. I can feel that he has a lot of curiosity about his actors. I felt his affection for us, too. He thought a lot all the time, even on site.

Park Hae-joon is your lover from the past, but you're 14 years apart.

-(Laughs) There wasn't enough explanation about the relationship between the characters in the script and we shot a scene talking in a bar. We started a random conversation about our relationship, why we broke up and how he got to keep the dog. It was all ad-lib, but it was all used in the movie.

You've been acting for a long time, what kind of actress do you want to be?

Choi Min-sik told me a lot of good things and I asked him what his source of energy was. He told me not to decide on it. Doing my best would take me places. After seeing him, I don't want to define what kind of actress I want to be. I just want to stay the same and have passion. Choi Min-sik was always the first to be on site. I could feel how much he loved being there. I thought I had affection for my work, but I don't even compare next to him.

"[Interview] Park Shin-hye, "Slump? Rest is all you need""
by HanCinema is licensed under a Creative Commons Attribution-Share Alike 3.0 Unported License.
Based on a work from this source