Actor Park Seo-joon had a lot of good things to say about actor Kang Ha-neul.

Park Seo-joon was interviewed recently in a café in Seoul. He talked about Kang Ha-neul who starred in "Midnight Runners" with him. "We didn't really know each other until this movie. I thought him to be healthy and hardworking and that's exactly what he is".

The KBS 2TV drama "Fight My Way" ended on the 11th of last month and Park Seo-joon earned himself the title, 'romance king'. In the movie "Midnight Runners", he took on the role of a strong but pure minded young man named Park Ki-joon, a student in the Police Academy. Along with Kang Ha-neul, they resemble Dumb and Dumber.

Park Seo-joon said, "Your performance with someone depends on whether or not that person is an actor or a woman. I didn't sense much difference in Kang Ha-neul from me when we first met. We enjoyed working on the movie and we acted like we were just hanging out".

"Kang Ha-neul is an outstanding actor. He's also sympathetic and manly. I don't like introverts who can't speak their mind and just resent you from behind but Kang Ha-neul is exactly opposite that. He's fun to be with".

"I loved his reaction the most about him. That doesn't happen if you don't have trust for one another. However, we tried our best to accept what the other had and used a lot of ad-libs. This is the first time I actually filmed something looking at the script as little as I did. A sequel? I'm all down if it's with Kang Ha-neul". 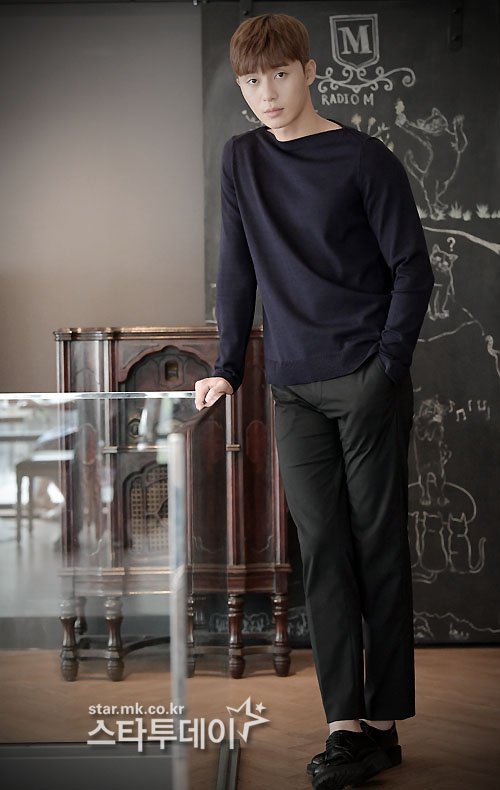 "Midnight Runners" is about the investigation of Police Academy student Ki-joon (Park Seo-joon) and Hee-yeol (Kang Ha-neul) who acts based on theory. They witness a kidnap and start investigating".

Park Seo-joon and Kang Ha-neul's "Midnight Runners" will be released on the 9th of August.

"[Interview Part 1] Park Seo-joon's teamwork with Kang Ha-neul"
by HanCinema is licensed under a Creative Commons Attribution-Share Alike 3.0 Unported License.
Based on a work from this source