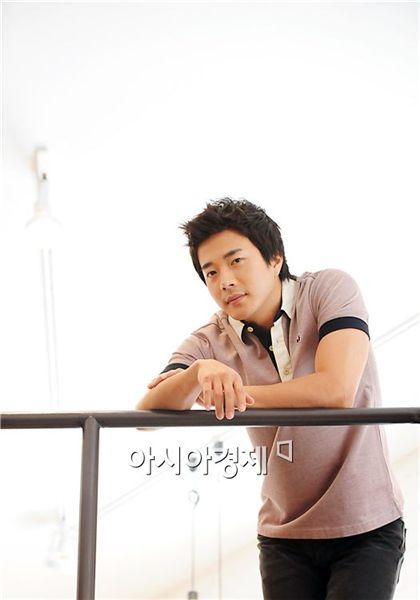 Actor kwon Sang-woo, one of the most successful stars in both Korea and Japan, has turned his eyes to China as he sets out to expand his acting career to a wider audience in Asia.

During an interview with Asia Economic Daily, the 33-year-old Hallyu star explained he is "looking into a film or drama role for next year in the Greater China region", and that "talks are currently in process".

He added that it is "quite natural" that he would be set on acting in Japan as well, where he has his largest Asian fanbase, although he will take his time in selecting a role.

In the meantime, he said he would hold fan meetings in Tokyo and Osaka around his birthday in August and in December where he plans to sing newly recorded songs.

Having sung ballads " Missing " and " Tears for Love " during his meet and greets in February in Japan, Kwon said he will continue to record new songs for each fan meeting and release an album when he has recorded about ten songs in total.

"It doesn't mean I'll be making a debut as a singer however", he explained, adding it will rather just be a gift for his fans.

Kwon, who has appeared in several dramas and movies since his debut in 2001, is most well-known for his roles in the 2003 TV series "Stairway to Heaven" and Korean films "My Tutor Friend" and "Love So Divine".

He has been promoting his latest box office topper "71-Into the Fire", about 71 student soldiers who battle against North Korean army soldiers during the Korean War, also starring some of Korea's most popular celebrities including Kim Seung-woo, Cha Seung-won and Big Bang member T.O.P (Choi Seung-hyun).

He is married to Miss Korea-turned-actress Son Tae-young and has a 17-month-old boy named Rookie.