[Interview] Bae Suzy, "I can't do anything if I'm too caught up with being 'the nation's first love'" - Part 2 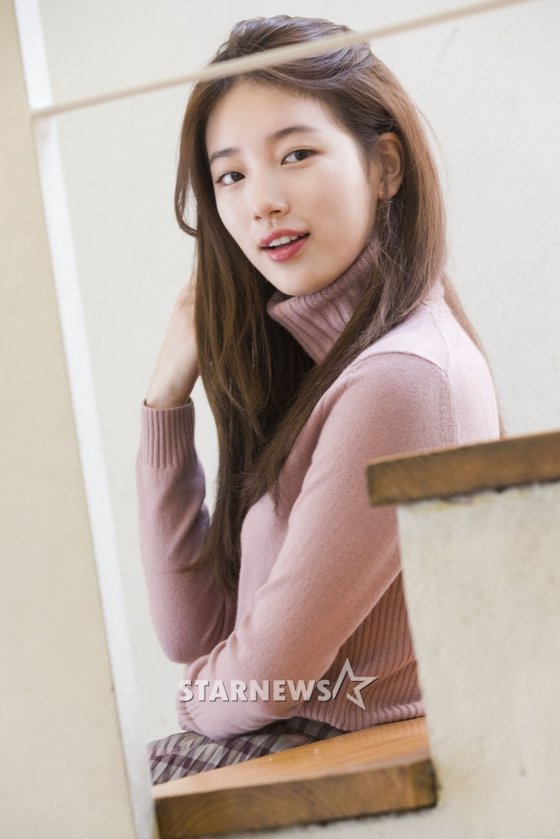 Read Part 1 of the interview with Bae Suzy

Q: There is respect in the romance you experience with Shin Jae-hyo played by Ryu Seung-ryong who is your master, was there any difficulty?

Bae Suzy: No difficulties. He was good to me and made me feel comfortable. He was very reassuring. I relied on him a lot. I really felt his words when he would compliment me. When I got his number I saved him as Shin Jae-hyo and called him master on the set.

I learned posture from Ryu Seung-ryong. His script is all tattered and messy now because he used it so much and scribbled so much on it. I learned from him decided to scribble on my script too.

- There was an odd emotional line between you two.

I think it was a lot of things for Chae-seon. She respected the master who recognized her and loved him. I think her emotions were a little bit of everything. Resenting him is also a part of love but they couldn't be as free about their emotions as they are student and master.

- Did you think about your real master J.Y. Park?

Not at all (laughs). I respect J.Y. Park too. He takes care of me in every way sometimes I wonder if that's right. He's humane and unique. I am amazed at how he is on stage and when he is practicing.

- Chae-seon is passionate and innocent. How much alike do you think you two are?

Chae-seon shows a lot of emotions in her face while I don't. 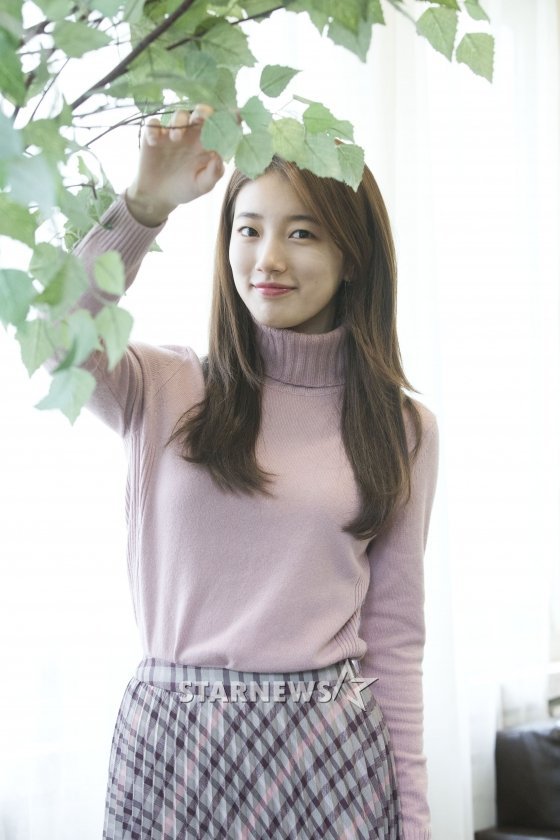 - There were a lot of close-ups.

I like it. The producer closed in up on me on important scenes. It shows my emotions better.

- This is your first movie since "Architecture 101" and a challenge for you.

There was another reason I chose it but I really wanted to do it after I read the scenario. I knew it had to be this. I remember something warm in my heart after I read it.

It's a great nickname but it's something I have to overcome. If I keep thinking about the image it brings me then I can't do anything. I want to show everyone that I have different sides of me too. I don't plan on living as 'the nation's first love' forever.

- What nickname would you want for this movie?

I thought hard about that, but I don't know. There isn't an appropriate word for me this time. 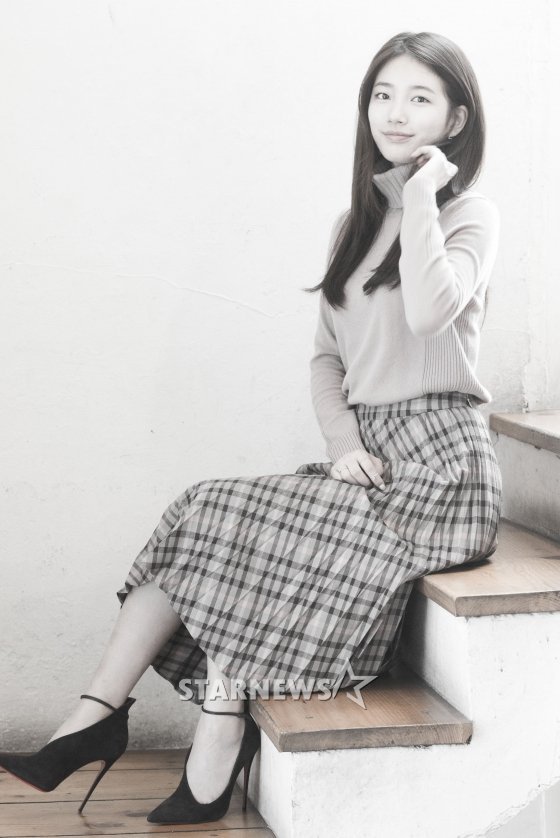 I am still playful on the inside. However, I think I've grown up and become more mature.

- You are an actress and a singer

I try to be both without failing the other one. I might seem greedy but there's so much I want to do and show. I want to take my time to do so.

- "The Sound of a Flower" is going to prove your ticket power, any pressure?

I don't think there was any until now. It would be great if the movie is successful but even if it doesn't it's still my precious work. It was a chance for me to mature up. I sang like I was delivering a message and not just singing. I hope it delivers to the public.

- You're starring in "Uncontrollably Fond" next

It hasn't started yet. I am a documentary producer in the movie and I am a nosy character who is too busy caring for others so she loses what she had. She's stained with reality, miserable and all that.

"[Interview] Bae Suzy, "I can't do anything if I'm too caught up with being 'the nation's first love'" - Part 2"
by HanCinema is licensed under a Creative Commons Attribution-Share Alike 3.0 Unported License.
Based on a work from this source