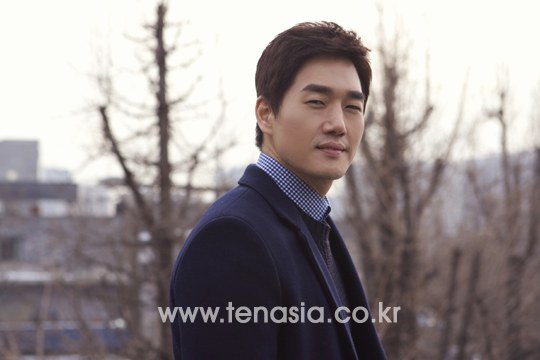 Yoo Ji-tae said the words, "How can love change?" in the movie "One Fine Spring Day" but he proved love doesn't have to change with his lifetime partner Kim Hyo-jin. In the movie "The Tenor Lirico Spinto" in which he stars as a genius tenor who's lost his voice, his favorite song is 'As Si Ben Mio' which means "Oh My Love". It's not an overstatement to say he's the god of love.

Q: We know you to have knowledge about classical music.

Yoo: I don't have knowledge but I have interest. I used to like indie music. My major was theater directing in university and I started listening to music then. Then I got involved with classical music and it was fun collecting records. Then came the digital generation and there were less and less places to buy records. That was disappointing.

Q: We heard that classical music was like a bridge for you and your wife Kim Hyo-jin. Especially "Rachmaninoff Concerto Number 2".

Yoo: (Laughs) That was when I was so into Davin Lin's "Secret Love Affair". I was listening to it when I asked Hyo-jin if she knew what it was. I was surprised she got it at once. I knew then that she would be someone I can share my interests with".

Q: We hear there were some difficulties with the release of "The Tenor Lirico Spinto".

Yoo: "The Tenor Lirico Spinto" is a collaboration between Korean and Japanese Voice Factory CEO Wajima Toutaro. There were problems with the Japanese side so we had to take a year break after filming about 4 times. Even after filming the movie, we couldn't settle on a release date for a year. 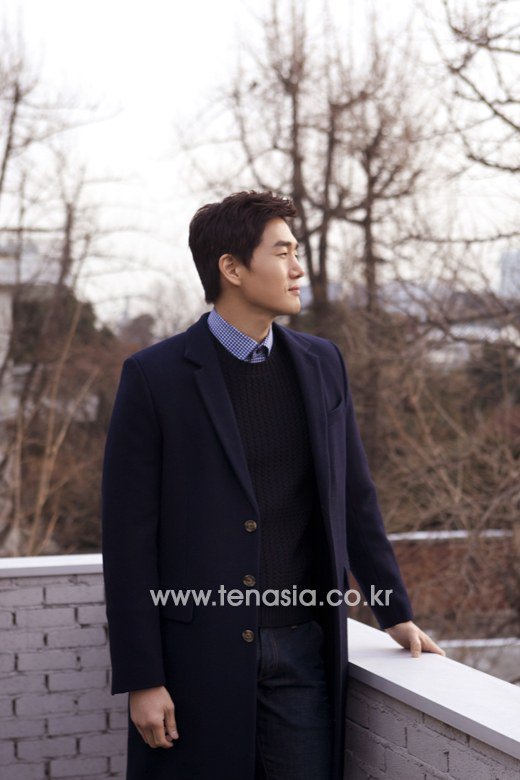 Q: Is that why you said it's a 'love and hatred' movie?

Yoo: That's right. (Laughs) During "Natural City" I waited 2 years after filming it. There was trouble for "Antarctic Journal" and "Trace of Love" but "The Tenor Lirico Spinto" took the longest by 3 years. I even thought the movie won't come out at all. I just finally wished I could show my wife the movie".

Q: Now that you can, what did she say?

Yoo: She said I did a good job and that it was impressive.

Q: We hear you studied opera 4 hours a day. Tell us about it.

Yoo: It was lip-syncing most of the time but I learned now to let out my voice, the attitude of a singer and breathing patterns. The way you let out your vice is called 'Maschera' and you have to open every inch of your face like a speaker. The location of the tonsils is also very important. Sometimes you see the veins throbbing in a person's neck when they are singing. That's not real. So I tried to sing an octave lower than the song so that my tonsils didn't move and my veins didn't throb.

Q: Without lying, your lip-syncing is the best. It was good enough to want to tell lip-syncing singers to learn from you for a while. 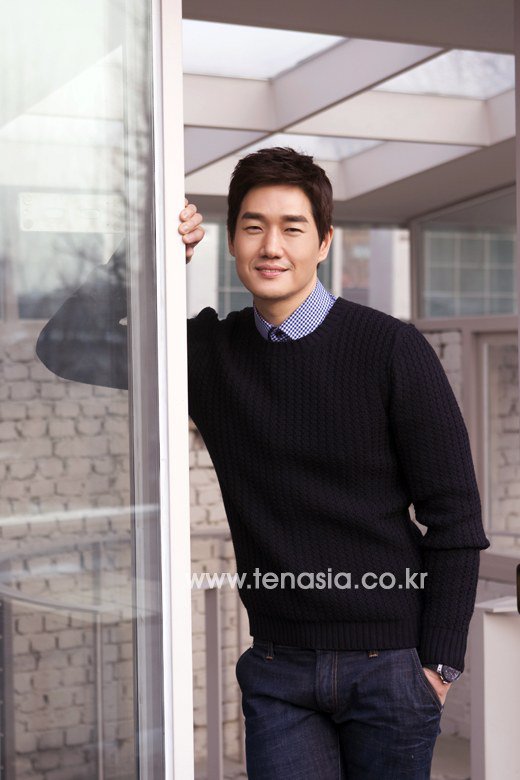 Q: It looks like you paid a lot of attention to English as well.

Yoo: I did study English a lot. A foreign language act could look interceptive. There are cases where a Korean actor says his lines in English but when the movie is released abroad, there are subtitles underneath. I thought about avoiding that. I wanted to show people that Koreans can do it too.

Q: How did the fact that you were acting out a real character affect your character analysis?

Yoo: It wasn't my target to be exactly like Bae Jae-cheol. I thought about being exactly like him like the late Phillip Seymour in the movie "Capote" but Bae Jae-cheol is well known for opera but not so much publicly. I realized even if I did imitate him perfectly, the public wouldn't connect to me. I told the director that and he told me to be my own Bae Jae-cheol.

Q: Honestly, before we saw the movie, we were skeptical about you and opera.

Yoo: Even Bae Jae-cheol said that. However, director Kim Sang-man told him, "There's no one like Yoo Ji-tae who can dig into a rolelike he does". He was right although it followed pressure and responsibility. I was worried I would get the difficult parts now. I'm sure there's nothing 'easy' but it was a tough character to play".

Yoo: It's hard for an actor to gain or lose weight for a role. I admire Matthew McConaughey and Christian Bale for that reason. But Korea doesn't acknowledge the weight change. A vegetarian actress lost a lot of weight for a movie but many don't know. I gained 30kg for "Woman is the Future of Man" but no one noticed". 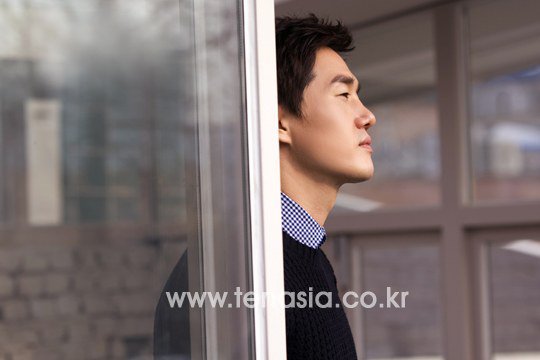 Q: It's not always like that. Kim Myung-min from "Closer to Heaven" was an issue for his weight loss.

Yoo: Looking at that, you have to be in the right place. Myung-min and Sol Kyung-gu were lucky. In my opinion, I don't think "The Tenor" suits weight loss or gain.

Q: Bae Jae-cheol went through the greatest despair of his life when he lost his voice. What if you suffered a similar trial?

Yoo: I would lose my dream if I lost my sight or vision. I haven't had such a great ordeal yet in my life but I would honestly like to avoid if I can".

Q: You might've had some troubling times.

Yoo: Selecting what to star in next is always a trouble for me. It's like fighting myself.

Q: An actor is likely to be weakened by his surroundings but you seem unconcerned about it.

Yoo: I like to live according to my values. There are many actors and actresses who create a wall between them and the world and I understand that but I am a human, a husband and a father before I am an actor. Therefore, I try not to let my surroundings affect me.

Q: Other than acting, you are doing other things like producing, directing and such but are you based on theater?

Yoo: I always have feelings for theater. I want it to be recognized more. When others didn't favor theater, I intentionally appeared in plays and even directed them. There were disappointments, yes, but I don't regret it. Now, I think it's a good thing the public and theater are getting along well now.

Yoo: A lot actually. I justified to myself what reality acting was in "One Fine Spring Day". I learned mise-en-scène (visual theme) from Park Chan-wook. I learned endurance from Hong Sang-soo. 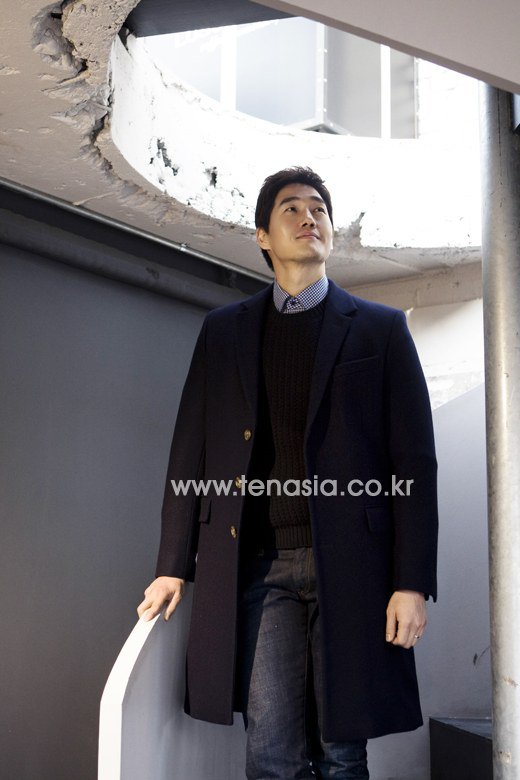 Q: If you had to choose, who are you more like?

Yoo: I can't say what style but I like independent structure. I think to myself, "When I get old and can't make movies, what do I do?" I don't like being reckless. I don't want to risk my family for my dreams. So the question is 'how?'. Then I think about John Cassavetes who created "Shadows". He remained independent although he was in Hollywood".

Q: That sounds great. However, as an actor, you could be forgotten by the public.

Yoo: I am forty soon. A movie is like his face for an actor. In the end, to maintain your pride, you have to choose a good movie. I am not being dragged around by my work, but choosing work I like. That's important to me. I have to become picky when it comes to work".

Q: You are currently in the KBS 2TV drama "Healer" as a reporter. You might've thought about the professionalism of being a reporter.

Yoo: I don't have prejudice against reporters but my thoughts changed after seeing the movie "Diving Bell". "Healer" is inspired by Son Seok-hee the announcer. I searched for his videos and learned the way he talked, moved and mastered his habits.

Q: 2014 was a year of issue for the reporters and therefore there are way too many using reporters as their source.

Yoo: We have been thirsty.

Q: Actors can say what they want through their work.

Yoo: I don't believe in an actor saying something personally. I also think it's dangerous for an actor to get involved with politics. We talk through our work but we show it not say it.

Q: You starred in the movie "Woman is the Future of a Man" and that suits you and Kim Hyo-jin.

Q: What are your thoughts about 'love and its ability to change'?

Yoo: Love and marriage is not about subtractions but more likely additions. We have no secrets. We try to share whatever ideas we have. That leads to communication and my wife is my partner for life. I can trust her and she trusts me. I am happy and grateful about that".

"[Interview] Yoo Ji-tae, "How can love change?""
by HanCinema is licensed under a Creative Commons Attribution-Share Alike 3.0 Unported License.
Based on a work from this source