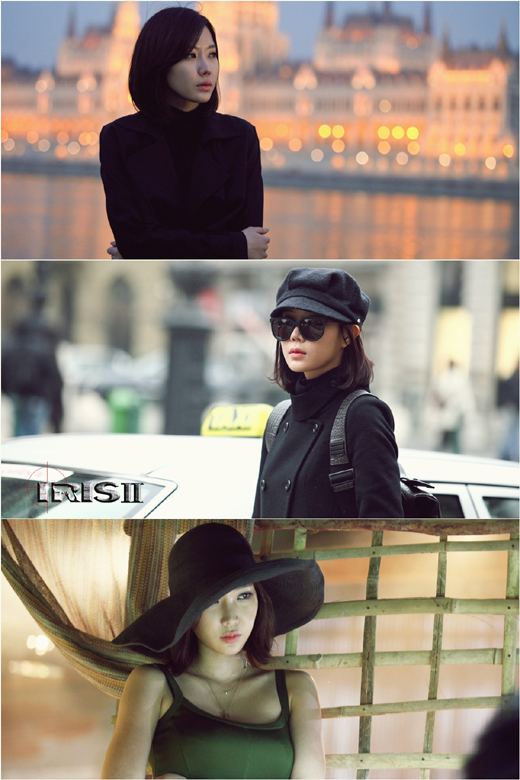 Pictures of the killer actress were revealed by her agency online on the 11th.

Im Soo-hyang takes on the role of Kim Yeon-hwa, the sister of Kim Seon-hwa (Kim So-yeon) from the first season of "Iris" in the upcoming KBS 2TV drama "IRIS 2".

Kim Yeon-hwa jumps into the fight with NSS by starting to pull in North Korean terrorist Yoo Joong-won (Lee Beom-soo) to accomplish a mission ordered by Iris.

Im Soo-hyang is well known for her innocent and pure roles in several dramas so far but this time she cut off all her long hair and has become a sexy and chic killer.

"IRIS 2" sources say, Im Soo-hyang's passion for the drama is so great she analyzes her character and focuses hard on it.

Meanwhile, "IRIS 2" is a spy drama that takes place all over the world and will take over Korean early this year.

""Iris 2" Im Soo-hyang's chic hair cut"
by HanCinema is licensed under a Creative Commons Attribution-Share Alike 3.0 Unported License.
Based on a work from this source