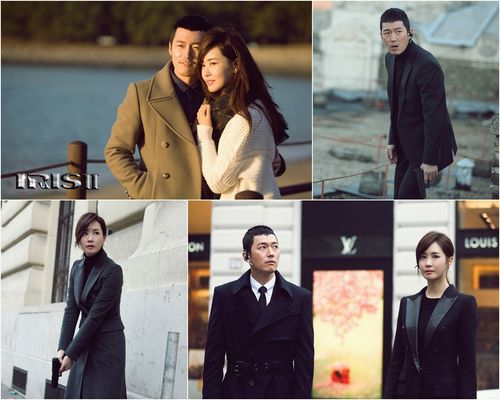 The "The Slave Hunters" couple Jang Hyuk and Lee Da-hae will be starting a secret relationship.

The two are a couple in the upcoming KBS 2TV drama "IRIS 2".

Jang Hyuk stars as the drill sergeant Jeong Yoo-gun who isn't lenient to women either and Lee Da-hye stars as Ji Soo-yeon, an Olympics Gold Medalist in pistol shooting,

Jang Hyuk and Lee Da-hae have met once before in the SBS drama "Robber" and "The Slave Hunters". Their romance in "IRIS 2" should be one on one of the greatest scales in action drama history.

Jang Hyuk says, "Lee Da-hae has good reaction and great absorbing power. She communicates well and that helps for us to work better as a team". Lee Da-hae said, "We started off in a new challenge but Jang Hyuk made it more comfortable for me to adjust and get used to it".

Meanwhile, "IRIS 2" will be aired on the 13th in February.

""Iris 2" Jang Hyuk and Lee Da-hae, this time it's a secret?"
by HanCinema is licensed under a Creative Commons Attribution-Share Alike 3.0 Unported License.
Based on a work from this source