"Iris 2" to be Directed by Pyo Min-soo 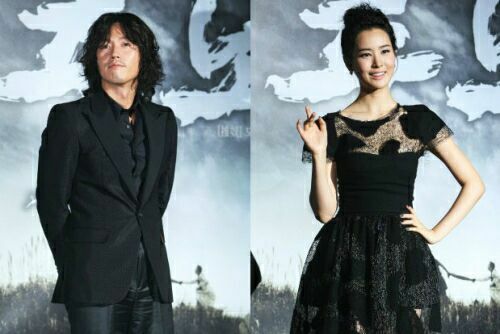 Director Pyo Min-soo is going to take control of "IRIS 2".

Pyo created the dramas, "Lie", "Full House", "Worlds Within" and others, earning himself the Baek Sang Grand Prize, Rookie Prize, the best drama chosen by the year 2000 media reporters, the best program chosen by viewers and more. He has been impressing people with his unique imagery and emotions so far but this time will take on the task of a spy action blockbuster drama.

"IRIS 2" was an issue just for the cast alone with Lee Da-hae, Jang Hyuk, Kim Young-chul, Oh Yun-soo, Kim Seung-woo, Kim Min-jong and others. It is expected that Pyo's communication skills and sot charisma will emphasize the casts' appeal even more. His unique way of production should abundantly bring out the emotions of the actors and actresses and enlarge the scale even further.

"IRIS 2" will approach the viewing population with manly scales but with emotional appeal on the women too.

"IRIS 2" will start making in October and air sometime early in the year 2013.

""Iris 2" to be Directed by Pyo Min-soo"
by HanCinema is licensed under a Creative Commons Attribution-Share Alike 3.0 Unported License.
Based on a work from this source