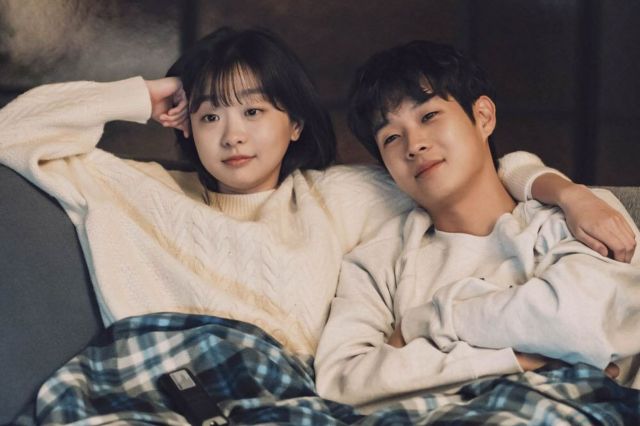 One of the most endearing plot elements in a romantic comedy is a bickering couple that just can't stop teasing each other but at the same, can't get enough of each other either. Here are 10 K-Dramas with couples that have the most entertaining banter! 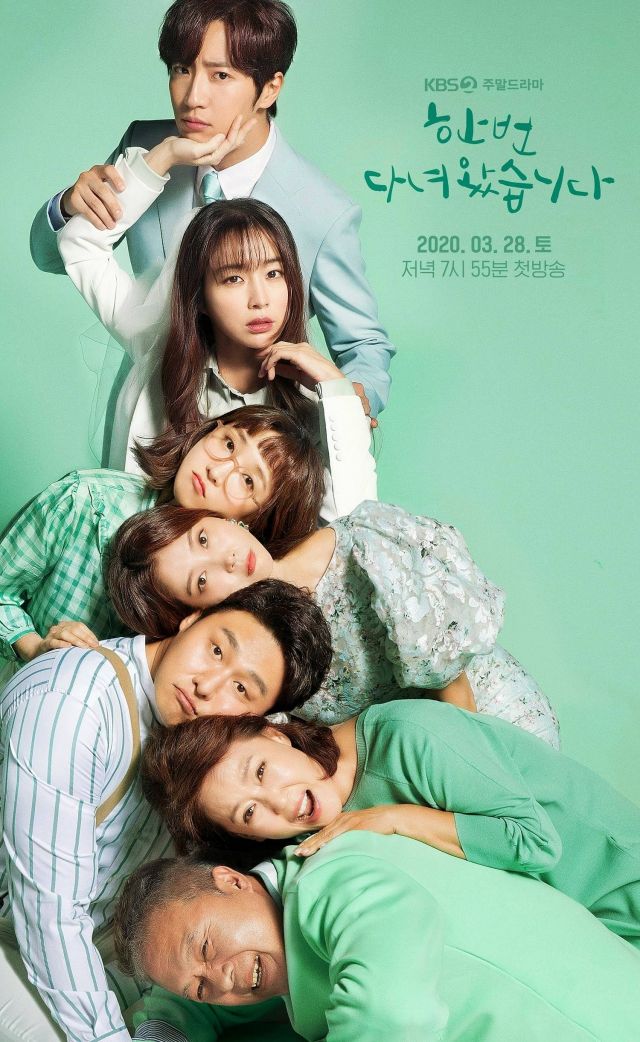 The couple that was nicknamed the "Tom & Jerry" couple by fans all over the world, Yoon Gyoo-jin and Song Na-hee, played by Lee Sang-yeob and Lee Min-jung in "Once Again", most definitely deserve the first mention on this list. The two play a couple on the verge of divorce who rediscover their true feelings for each other in the wake of separation. Naturally, that involves arguments and disagreements but for some reason, they're still endearing. "Once Again" is a must-watch! 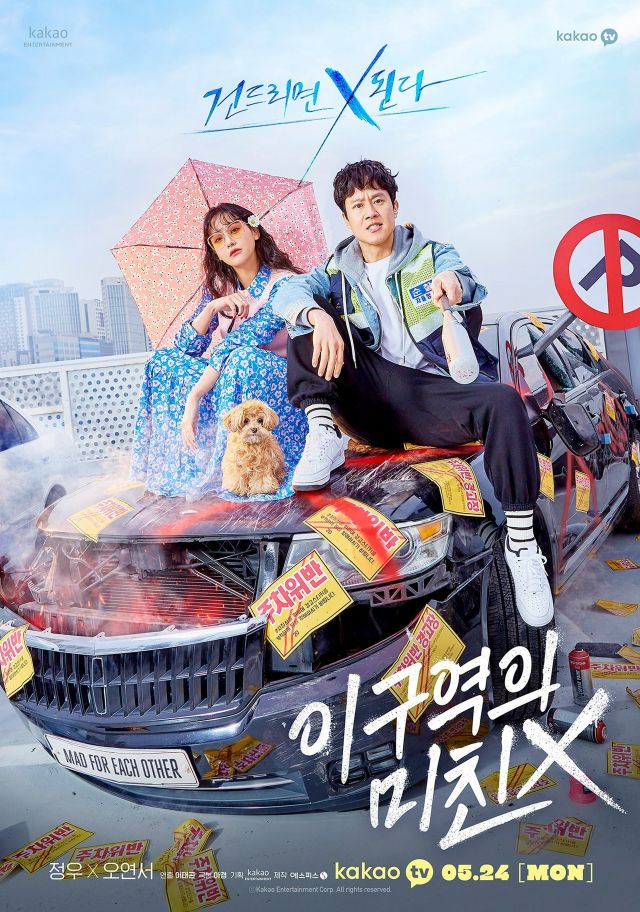 "Mad for Each Other"

Two individuals who couldn't be more different from each other suddenly realize that they're more alike than they thought. Through understanding, compassion, lots of patience and a crime or two, "Mad for Each Other" brings us a couple that is simply unforgettable. Jung Woo as Noh Hwi-oh and Oh Yeon-seo as Lee  Min-kyeong are an incredible pair and their story is as healing yet exciting as it gets. 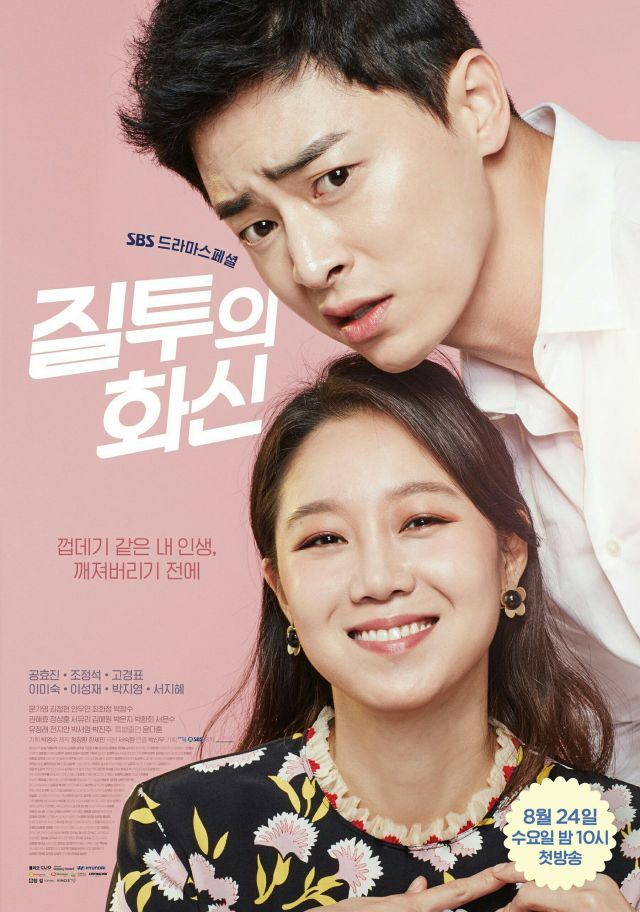 With love triangles, office romance, enemies to lovers, and of course, jealousy, "Incarnation of Jealousy" has every trope we adore in a classic romantic comedy. The plot is constructed with perfection and the characters show realistic development, giving us a fully rounded narrative. Gong Hyo-jin and Cho Jung-seok make for the perfect bickering couple and their playful fighting is too sweet to miss. 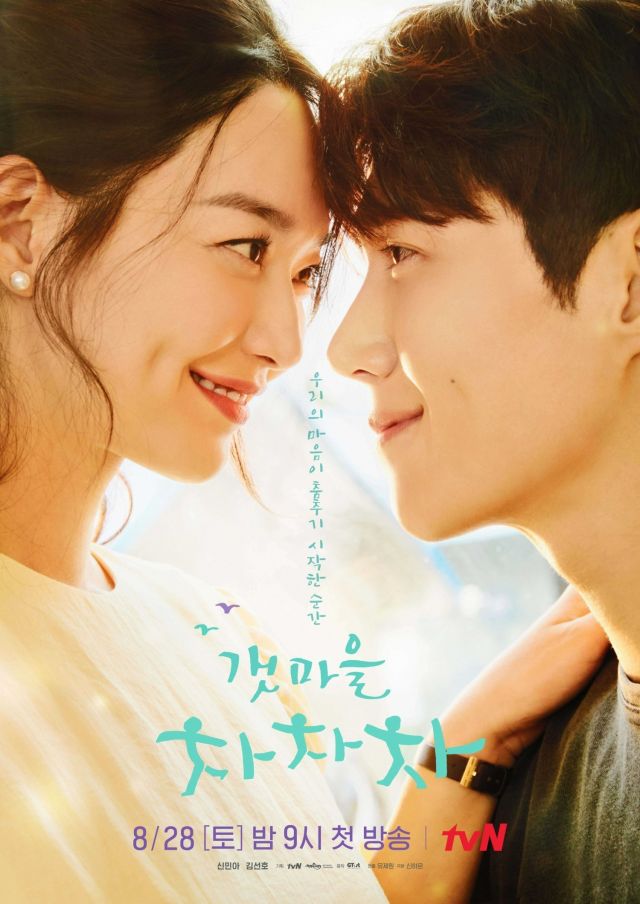 "Hometown Cha-Cha-Cha" is certainly one of those K-Dramas that is going to enjoy lasting popularity years down the line. Starring Kim Seon-ho and Shin Min-a, it tells the extraordinarily ordinary story of Hong  Doo-sik, a "jack of all trades" and a dentist, Yoon  Hye-jin, who looks like she leads a privileged life but the reality is far from ideal. When she loses her job in the big city, she moves to Gongjin and meets Doo-shik, who ends up being the love of her life. Hye-jin and Doo-shik's relationship is grounded in honesty and authenticity, which is what makes it all the more fun. The constant banter is exceptionally well-written and it never gets old. 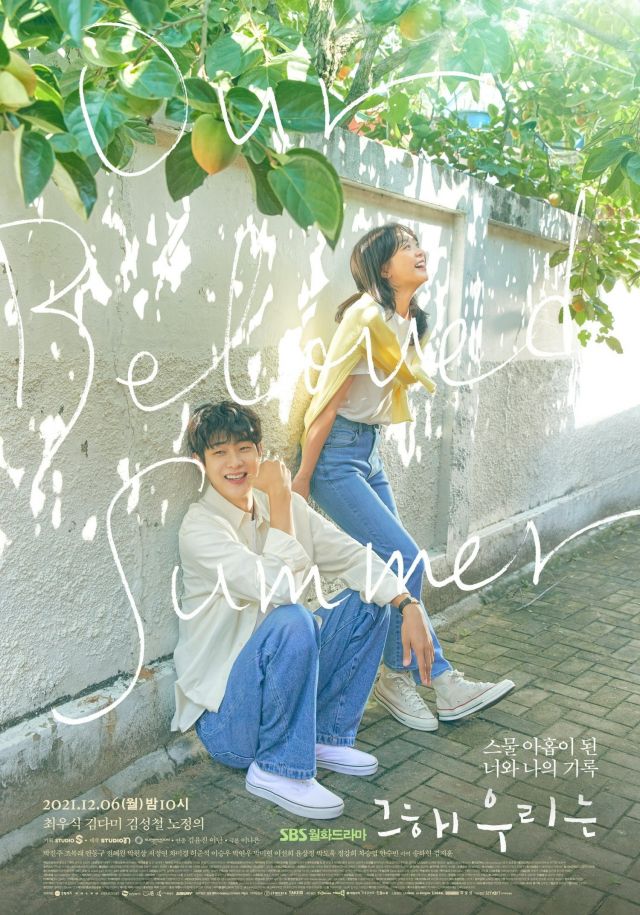 The very foundation of the love story in "Our Beloved Summer" is created by conflict. The straight A student is paired with the weirdly smart yet academically lacking kid, giving rise to both common grounds and differences. However, it soon transforms into love, affection and eventually a break up. Years later, when they come face to face once more, the spark is reignited and with it comes even more lovers' quarrels. Choi Wooshik and Kim Da-mi embody such a warm familiarity that you cannot help but root for them, both as individuals and as a couple. 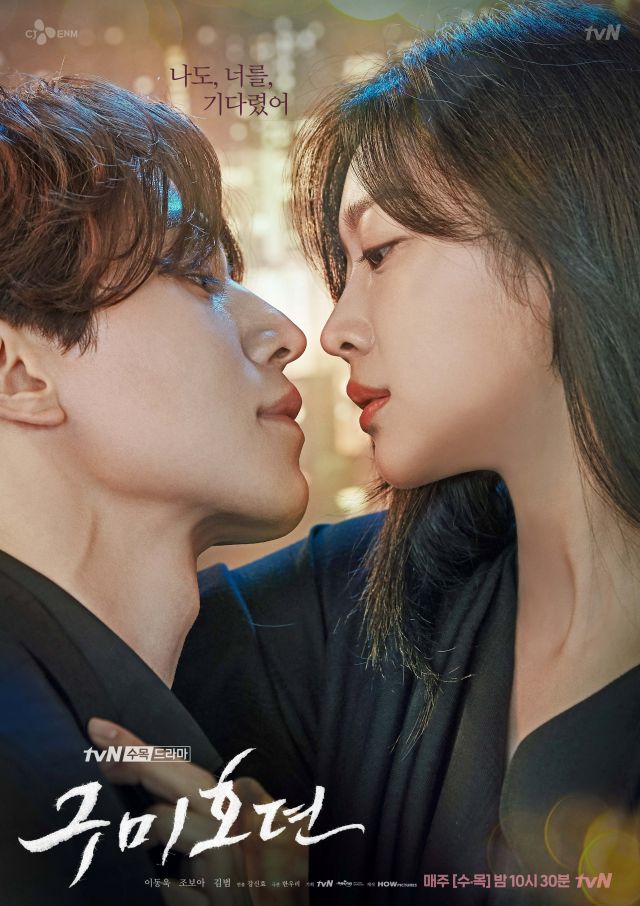 "Tale of the Nine Tailed"

When a gumiho meets a woman possibly feistier than him, you know it's about to be explosive. Lee Dong-wook and Jo Bo-ah star in this mythical masterpiece, brewing up a romance that transcends space and time. However, even their fated love story isn't safe from bickering. As a matter of fact, it's a constant battle of wits between the two, which makes the story even more exhilarating. Lee  Yeon and Nam  Ji-ah are a match made in heaven! 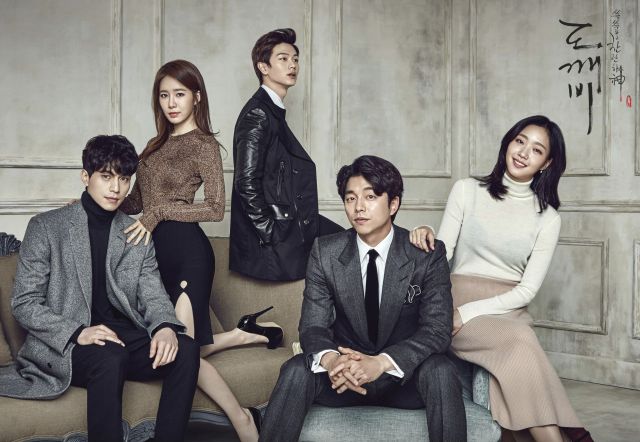 "Guardian: The Lonely and Great God"

This list would not be complete without the epitome of the "Tom & Jerry" trope: Goblin and Ji  Eun-tak, played by Gong Yoo and Kim Go-eun respectively. Nothing beats the sheer joy their repartee brings, especially when it is fueled by petty sass. The fact that neither one is ready to back down makes it even more entertaining. However, Goblin and Eun-tak aren't the only bickering duo in this series. Goblin and Grim Reaper come a close second too! 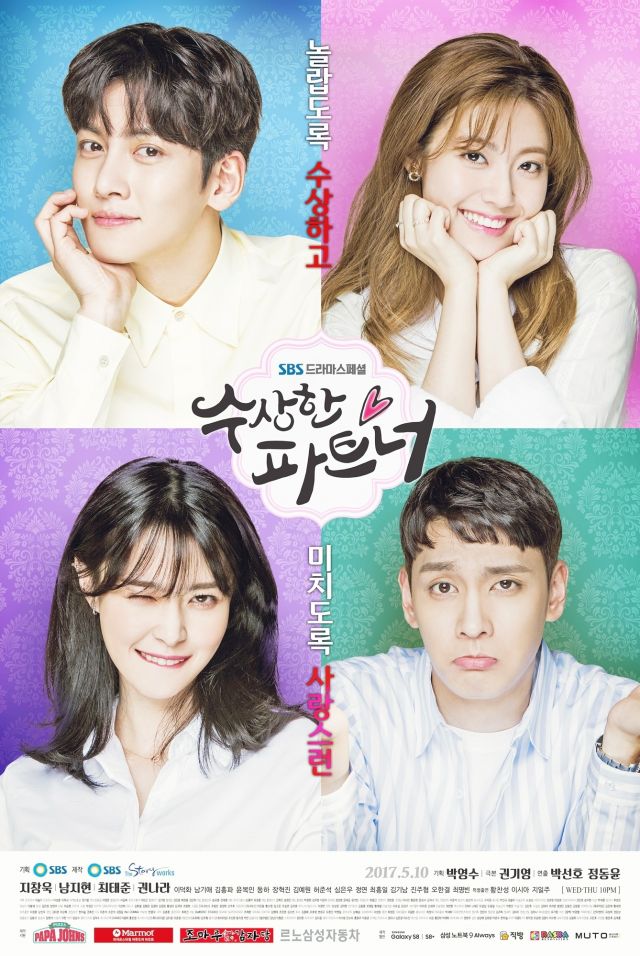 Much like the title of the show suggests, "Suspicious Partner" follows a young and successful prosecutor, No  Ji-wook (played by Ji Chang-wook), who crosses paths with a justice department intern, Eun  Bong-hee (played by Nam Ji-hyun) and welcomes chaos into his life when she is suspected of murder. There's a constant palpable tension between the two, aggravated by the question of "did they or didn't they?" when they spend a night together. This romantic tension then translates into constant fights as they lock horns and fall in love. 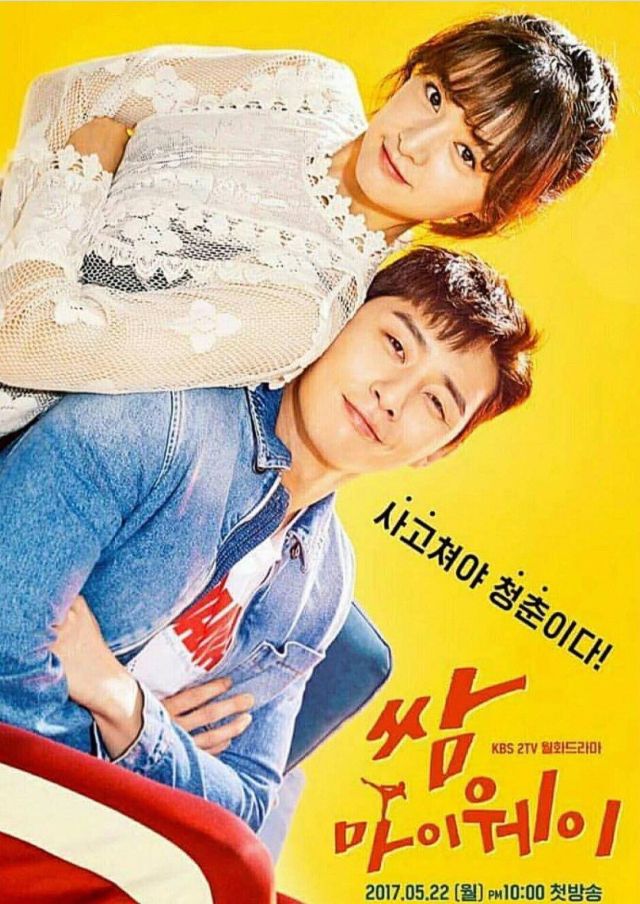 "Fight For My Way"

When it comes to couples with quips, Ko  Dong-man (played by Park Seo-joon) and Choi  Ae-ra (played by Kim Ji-won) are truly unbeatable. Having grown up together, nothing is off-limits for the two, except for, perhaps, romance. However, when that line too, is crossed, the banter becomes even more impressive, just like an old married couple. Your heart is bound to flutter! 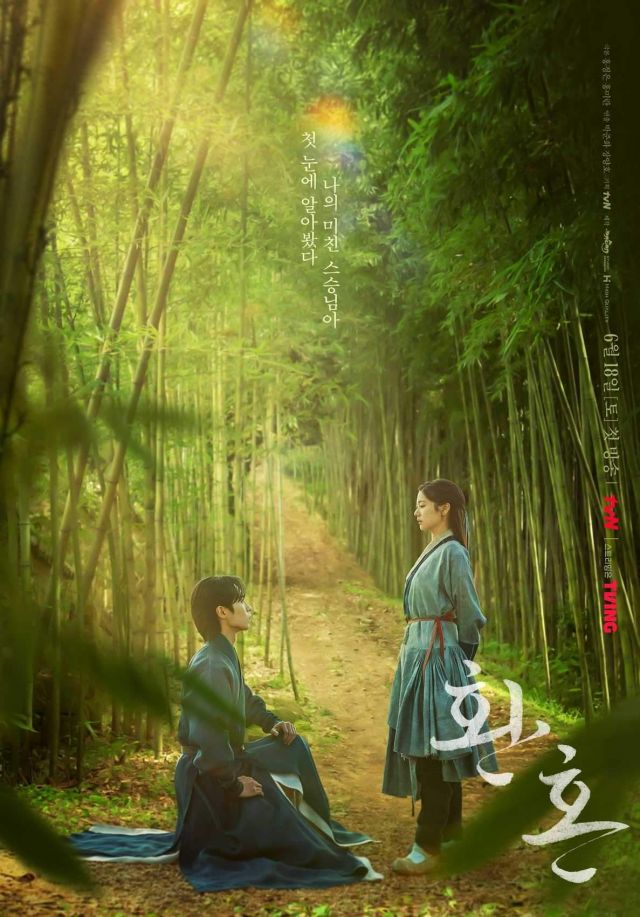 Finally, the latest addition to this list is the highly anticipated fantasy drama "Alchemy of Souls", now on air. Starring Lee Jae-wook and Jung So-min as Jang  Wook and Moo-deok/Nak-soo, this drama presents the bickering couple trope with perfection. Both Jang Uk and Mu-deok are witty and influential in their own ways, which allows them to see eye to eye. The lack of a power trip makes their dynamic all the more charming.

Bonus: If you're looking for even more K-Dramas with the "bickering couple" trope, you might enjoy "Shooting Star", "Hyena", "Sisyphus: The Myth", "So I Married The Anti-Fan", "Love All Play", "Full House", "Coffee Prince", "Pinocchio", "Answer Me 1997" and "Crash Landing on You".