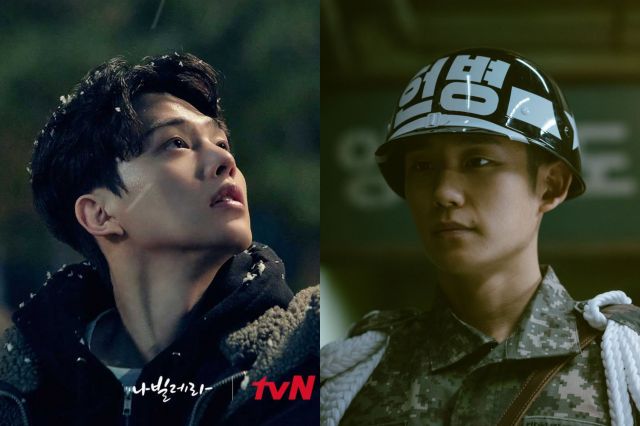 Of all the genres that are explored in K-Dramas, romance and romantic comedy dramas have found the most success worldwide. After all, who doesn't like dreamy fairytale-like love stories that will give you butterflies. However, there's a wide audience for dramas that don't deal with sunshine, rainbows, and happy endings. Here are our picks for 10 K-Dramas you can watch that don't focus on romance, listed in no particular order.

The recently concluded drama starring Ji Sung and Jinyoung and Kim Min-jung is a stellar example of a K-Drama that can keep you on your toes until the very end without any central focus on couples or romance. Even though there is a love line, it serves as a plot device rather than a theme.

A dark hero emerges in "Taxi Driver" that will perhaps go down in K-Drama history as the most acknowledged of them all. Starring Lee Je-hoon as the eponymous taxi driver, this drama is a biting social commentary in the guise of a thriller. If you're looking for something that will make time fly, this drama is your best bet.

This Netflix original starring Koo Kyo-hwan and Jung Hae-in in the lead roles is nothing short of a masterpiece. From the pacing to the storytelling, all the way to the open-ended conclusion, "D.P" is without a doubt, the best drama to come out of 2021. The horrors of military service take a monstrous shape in this drama about deserters and the pursuit to bring them back. With 6 episodes, "D.P" is the perfect weekend binge.

"Kingdom" was highly acclaimed, both critically and commercially, not just in South Korea but all over the world for its masterful satire of age-old political power struggles through the modern lens of ever-hungry zombies. With two seasons and a special episode, this drama will leave you stunned to the core.

The second Lee Je-hoon starrer on this list, "Move to Heaven" is a must-watch. It is nuanced and sober, lacks any overt excitement and thrill (for the most part) but is deeply touching and emotionally resonant on a soul level. Silence speaks in "Move to Heaven". Starring Tang Joon-sang in the central role of Geu-roo, "Move to Heaven" will linger in your thoughts long after you've finished it, solely because it truly leaves an impact.

If you're looking for a light-hearted drama about chosen family, "Navillera" is the one for you. Starring the incredible Park In-hwan, who plays Sim Deok-cheol, a 70-year-old man with the dream of soaring like a ballerino, and Song Kang, a young ballet prodigy who finds himself in a slump, this drama will make you grateful for the little things in life.

The winner of the "Best Drama" award at the 57th Baeksang Arts Awards, "Beyond Evil" has a plot that will most definitely be way beyond your wildest imagination. The inimitable Shin Ha-kyun joins Yeo Jin-goo in this murder mystery where a serial murder case makes our central characters question their own morals and identity. With everything on the line, two determined men vow to discover the truth.

Song Kang is featured for the second time on this list, perhaps owing to his penchant for choosing unique scripts. "Sweet Home" is a science-fiction horror at its best and there could not have been a better choice for the protagonist of the drama, Cha  Hyeon-soo than Song Kang. In a dystopian world, where your conviction is the only thing saving you from losing yourself, a teenage boy takes on the burden of the world. If you're not repulsed by gore and horror, this drama is the one for you.

With an absolutely star-studded cast of actors including Lee Dong-wook, Im Si-wan, Kim Ji-eun-IV and more, "Strangers from Hell" is unlike anything you've ever seen before. If you think you're indifferent to horror, give "Strangers from Hell" a try and you'll find yourself experiencing fright like you've never felt before.

"My Mister" has strong themes of love, friendship, maturity, and companionship. However, it is not the least bit about romance in the traditional sense of the word. Rather it is a deeply human melodrama that touches upon sentiments that are rarely discussed in K-Dramas. Starring award-winning actors IU and Lee Sun-kyun, this drama has no comparison.