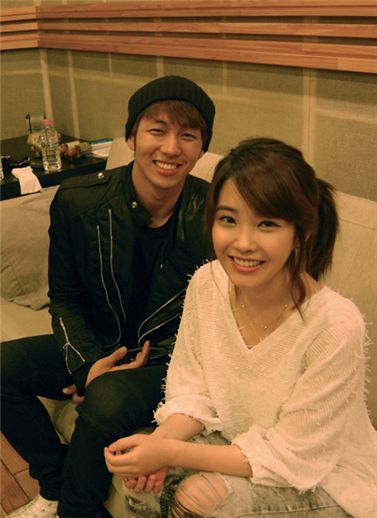 According to data released by Gaon on Thursday, the two singers' scored their second win on the music chart during the week of June 13 to 19.

The latest collaboration "Nagging" by the K-pop idols have topped several online music charts since its release on June 3.

CNBLUE's new single "Love" climbed up a notch from the previous week to second place, pushing back Wonder Girls' "2 Different Tears" to the No. 3 spot.

The first mini-album "Magic Girl" from three member girl group Orange Caramel bowed into the chart at No. 2, while Super Junior's fourth studio release "BONAMANA" dropped one slot to round out the top three albums.

"IU and Im Seulong continues reign on Gaon's singles chart "
by HanCinema is licensed under a Creative Commons Attribution-Share Alike 3.0 Unported License.
Based on a work from this source