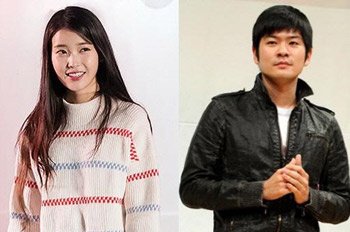 Singers IU and Chang Ki-ha have called it quits after four years in a relationship.

The stars' agencies on Monday confirmed that the two broke up but said they remain good friends and fellow musicians.

The two met during a radio program Chang hosted in October 2013, and they acknowledged their relationship when it went public in 2015.