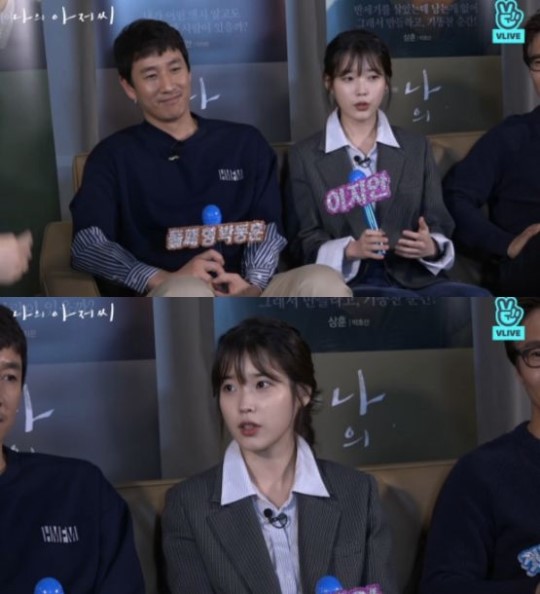 Singer and actress IU gave an explanation of the doubts surrounding the drama "My Mister".

There was during a Live Drama Talk on Naver V App on the 22nd.

Lee Sun-kyun said, ""My Mister" is not a love story but a people story".

Several said that "My Mister" was a love story between a man in his 40s and a woman in her 20s. There was also controversy that the drama beautifes violence after the broadcast of Ji-an (IU) being abused by Gwang-il (Jang Ki-yong).

IU said, "It's not romance or fantasy. It's about people. It's about reality and how we want it to be. We are not beautifying reality but we are asking, 'what should we do when reality is like this?'"

"IU Clarifies Controversial Scenes in "My Mister""
by HanCinema is licensed under a Creative Commons Attribution-Share Alike 3.0 Unported License.
Based on a work from this source