IU, from small U to grown up U 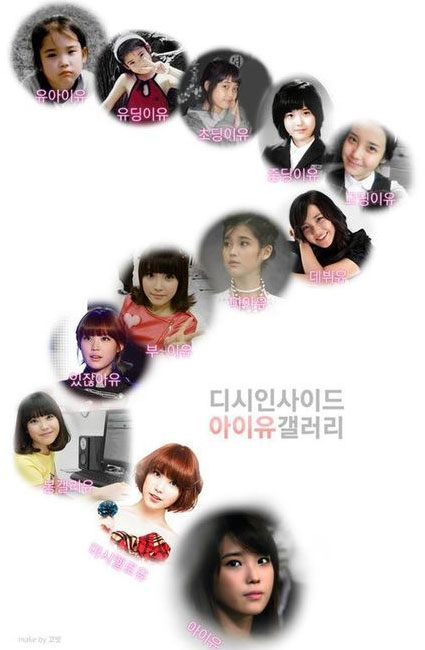 Singer IU's change has been revealed.

On an online community bulletin board was a title, 'IU change' on the 12th.

Pictures of IU from when she was younger until now were lined up in order with fun names. Starting from 'Younger U', 'Sleeping U' and 'Grown Up U', these pictures show IU's stages of growing up.

Those who have seen these pictures, "She is tiny", "She hasn't changed", "She seems cuter now that I've seen all of her pictures at once".

"IU, from small U to grown up U"
by HanCinema is licensed under a Creative Commons Attribution-Share Alike 3.0 Unported License.
Based on a work from this source