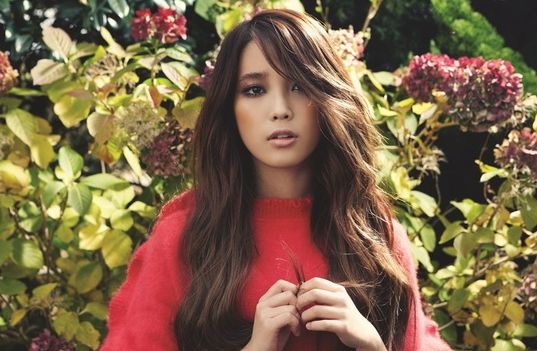 Female singer IU's latest song "Good Day" claimed first place on cable music channel Mnet's singles chart for the third week in a row during the week of December 20 to 26.

"Good Day", the title track to IU's second EP album "Real", has been sweeping music charts both offline and online music charts since its release early this month.

The song tells a story about a girl confessing her feelings to a guy which features a dynamic melody combined with a violin, brass and organ solo.

"OH YEAH" a rap song by male duet G-Dragon and T.O.P (Choi Seung-hyun) from boy band Big Bang continued to hang on to its position at No. 2. The song combines electronic and hip-hop sounds with a featuring by YG Entertainment labelmate girl group 2NE1 member Park Bom.

The soft ballad "I Promise You" by veteran singer Park Hyo-shin remained firm in third place on Mnet's single chart.

"IU's "Good Day" dominates Mnet chart for 3rd week"
by HanCinema is licensed under a Creative Commons Attribution-Share Alike 3.0 Unported License.
Based on a work from this source