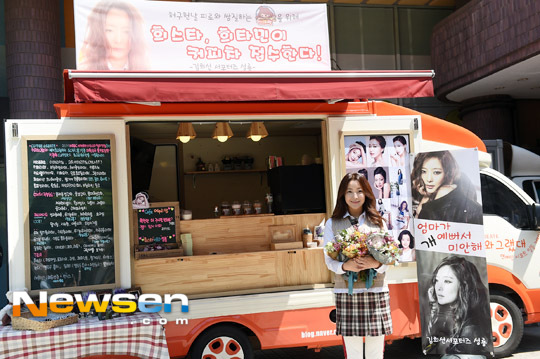 JJCC, who is an idol star discovered and trained by Jacky Chan, attended the event as well and gave a bouquet of flowers to Kim Hee-sun. 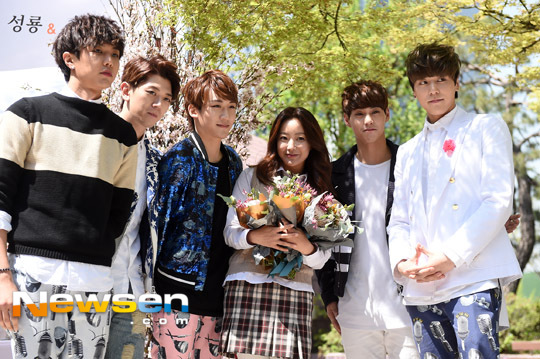 "Jackie Chan sends food truck event for Kim Hee-sun"
by HanCinema is licensed under a Creative Commons Attribution-Share Alike 3.0 Unported License.
Based on a work from this source