Jang Dong-gun: 'I Want to Film Movie That My Son Can Watch Later' 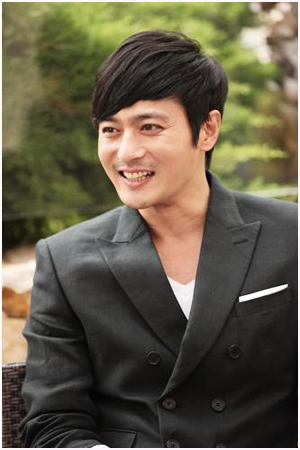 He will play the protagonist in the movie "My Way".

Actor Jang Dong-gun, who married actress Ko So-young and had a son, said, "After my son was born, I came to have new criteria for choosing a work in which to appear, and it is 'What if my son watches my movie later when he grows up?' (laugh)".

A reporter met Jang Dong-gun at a hotel located in Cannes in France on May 14 (Korean time). Jang Dong-gun came to Cannes, in which the Cannes Movie Festival has been taking place, along with the other leading actors of the movie "My Way", Joe Odagiri and Fan Bingbing. Director Kang Je-gyu is producing "My Way" after an eight-year break, and Jang Dong-gun and two other actors came to Cannes to participate in the production presentation of the movie. It has been the first time for a Korean movie to hold a production presentation at Cannes. Actor Jang Dong-gun and director Kang Je-gyu had shown their best harmony in the movie "Taegukgi", which almost 10 million viewers watched. Jang Dong-gun said, "The concept of the movie seemed to be very attractive. When I first received the casting offer, I willingly said, 'I can give you my answer right away if Kang will direct the movie'." Even though he immediately confirmed his appearance in the movie, he still had worries inside.

"My Way" that the director Kang is producing after an eight-year break, will be a large-scale movie. The production budget for the movie amounted to 30 billion won and it was far beyond the huge production cost of the movie "The Good, the Bad, the Weird", which was 18 billion won. But his worries completely disappeared as the filming began. Kang Je-gyu's leadership to reconcile any conflicts arising from filming the movie as well as his directing skills dispelled every worry. Jang said, "He even listens to complaints from a minor staff member, and then he gives his own opinion at last. He makes everybody on the set stick to the movie making. Basically he is an amazing person". Jang Dong-gun speaks almost 60 percent of his lines in perfect Japanese. As director Kang Je-gyu already mentioned, Jang's perfect Japanese was enough to make everyone on the set surprised, and all the staff members reportedly were struck with admiration at his Japanese. But Jang Dong-gun revealed that speaking his lines in Japanese was the most difficult part in his acting. He said, "No matter how much I have prepared for acting in Japanese, I have always been lacking. The lines that have to be spoken in Japanese were actually not more than those when I had to do so in my previous movie 'Lost Memories', but it was still a big obstacle". Besides the Japanese script, continuously repeated filming gave him physical difficulties. The idea of "I could die while filming a movie" came into his mind very often. For the first fifteen days, he needed huge energy that might be required for completing an whole ordinary movie. The biting cold in the middle of winter was another major cause of suffering for him to fight against. He mentioned, "At that time, I could not see any finish line". The fact that he had to stay far away from his newborn baby also gave him a hard time. He walked heavily when he had to leave his wife and son after giving all the burden of raising a son to only his wife. Those difficult times of seven months have passed, and only one overseas location filming schedule at Latvia is left. Jang reportedly never felt any burden about consecutively appearing in war movies made by the director Kang Je-gyu because the character and story were completely different from "Taegukgi". Jang Dong-gun explained, "Jin Tae in 'Taegukgi' becomes a completely different person at the end of the movie, but Jun Sik in "My Way" is a consistent person from the beginning to the end. Do you think that this kind of consistent character seems to be attractive in this world where only rapid changes and new things could be considered as virtues? The director might want to present meaning through this movie. The character keeps his own beliefs and he never loses his dreams and hopes in the movie. I think that I play a character who can move people's hearts in this movie". Jang Dong-gun had always been a star actor right after his debut, but he said, "I really appreciate my popularity, but the popularity also works as a burden in my acting". He added, "But actually I am happy that I can do what I want to in my forties regardless of popularity. There are also some things that I feel sorry about. I think that there are both thrills and sadness at this age. But I want to keep my popularity until the time when my son goes to elementary school and can understand my words, saying, 'Father used to be a star actor in the past' (laugh)". Asked to suggest a good movie that his son might be able to enjoy, he suggested the movie "Love Wind Love Song", in which he had appeared with his wife Ko So-young together, and laughed. When he mentioned acting, he became serious again. He had interest in acting an evil character and he revealed his confidence by saying that he would present better acting if he could play a "Bad Guy" again now. He said, "An attractive villain in a work might be an attractive role to every male actor. If I could play a villain again at this moment, I might be able to present better acting than the character that I played in the movie "Friend", and the character would become more attractive".

"Jang Dong-gun: 'I Want to Film Movie That My Son Can Watch Later'"
by HanCinema is licensed under a Creative Commons Attribution-Share Alike 3.0 Unported License.
Based on a work from this source