Jang Dong-gun confesses, "I get no assist from wife Ko So-young" why? 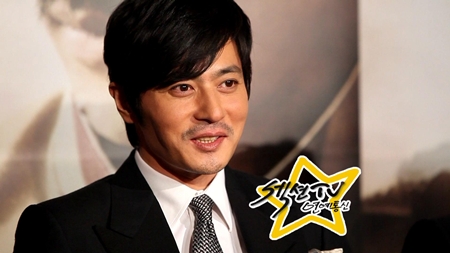 Actor Jang Dong-gun confessed that he doesn't get assistance from his wife Ko So-young.

He spoke about his wife on the MBC TV program "Section TV" on the 18th.

When the reporter asked him if his wife treated him well he said, "I can get treatment from her if I am home a lot but there is just too much shooting away from home".

He hasn't been home for 9 months for the movie "My Way". He's gone again for the movie "Dangerous Liaisons" with director Heo Joon-ho. He hasn't had much time to see his son Min-joon because of this.

When the reporter asked again if he doesn't get assistance from his wife because of that, he bitterly nodded his head.

Meanwhile, actor Odagiri Joe and Fan Bing from "My Way" which is due to be released on the 21st of December, also appeared on this day's program.

"Jang Dong-gun confesses, "I get no assist from wife Ko So-young" why? "
by HanCinema is licensed under a Creative Commons Attribution-Share Alike 3.0 Unported License.
Based on a work from this source