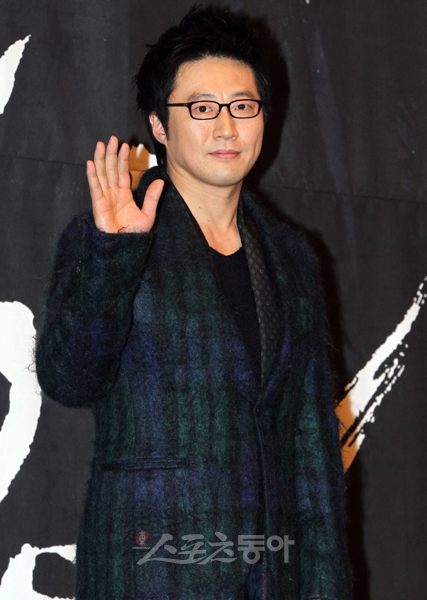 Drama "Hanbando - Drama" worth 20 billion won is having difficulties with casting a male role.

The production has been contacting Jang Dong-gun. Kim Myung-min, kwon Sang-woo and more. However, because of matters like their 'schedule', the production Lemon Rain is looking for other options. Recently it has been let known that they have contacted Park Shin-yang.

"Hanbando - Drama" which is due to be released in December, deals with the enmity between powerful countries for Korea's resources. The casting of the male role seemed to be easy with it being worth millions of won, shot in all locations overseas and fancy action scenes but it turned out to be the opppsite.

According to a management of an actor who refused the role, the continuous fail of big dramas and the fact that the character of the president has to express acting, charisma and others at the same time came as a burden.

Major dramas like "ATHENA" and "The Fugitive Plan B" were much lower in ratings then expected. Also, the president character not often seen in dramas or movies also didn't catch anyone's attention.

Productions Lemon Rain is planning on starting their shoot after the casting has been finished.

"Jang Dong-gun, Kim Myung-min, Kwon Sang-woo "No" to "Hanbando - Drama""
by HanCinema is licensed under a Creative Commons Attribution-Share Alike 3.0 Unported License.
Based on a work from this source