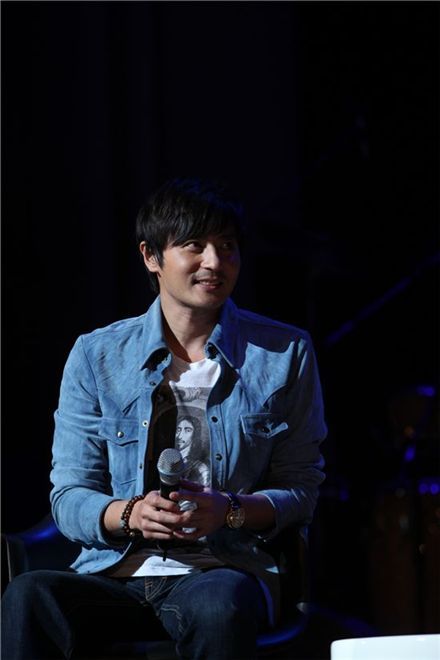 Top Korean actor Jang Dong-gun has returned from doing charity work in Laos last week, according to his agency AM Entertainment.

AM explained that the actor spent a week in Laos shooting a promotional antipoverty documentary as a goodwill ambassador for the United Nations' World Food Programme (WFP) and returned to Korea on April 1.

"Many people were worried because he was going to a remote area where it is easy to catch an epidemic", an official at AM was quoted as saying. "But Jang Dong-gun was very determined [to go]".

The Hallyu star visited local schools in Laos where he helped provide free meals for the students. He is also expected to visit Africa and Mongolia at a later date.

Jang, 38, one of Korea's top actors who has starred in numerous television dramas and movies, made headlines last November after admitting to his two-year romantic relationship with Korean actress Ko So-young.

The star couple, who first met as co-stars in the 1999 film "Love Wind, Love Song", will be tying the knot in Seoul on May 2 with only family and close friends in attendance.

He is scheduled to start shooting "My Way" in June, re-uniting with his "Taegukgi" director Kang Je-gyu.

"Jang Dong-gun returns from charity work in Laos"
by HanCinema is licensed under a Creative Commons Attribution-Share Alike 3.0 Unported License.
Based on a work from this source