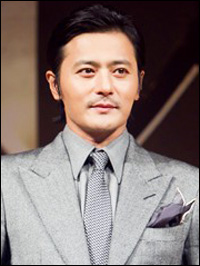 Actor Jang Dong-gun will appear in a melodrama opposite Chinese actresses Zhang Ziyi and Cecilia Cheung. The three Asia superstars are set to appear together in Hur Jin-ho's "Dangerous Liaisons", for which production begins at the end of the month.

The movie is based on the 18th-century French novel of the same name. It is about a risque love triangle between one man and two women and will take place in 1930s Shanghai for this film adaptation. Director Lee Jae-yong previously directed a version set in the 18th-century Joseon Kingdom (1392-1910) starring Bae Yong-joon, Jeon Do-yeon and Lee Mi-sook.

Meanwhile, Jang will appear opposite other top Asian actors in the World War II film "My Way", with Japan's Jo Odagiri and China's Fan Bingbing, slated for release in December.