Jang Keun-suk said, "I have great expectation about acting with Moon Geun-young, who has the same age with me" 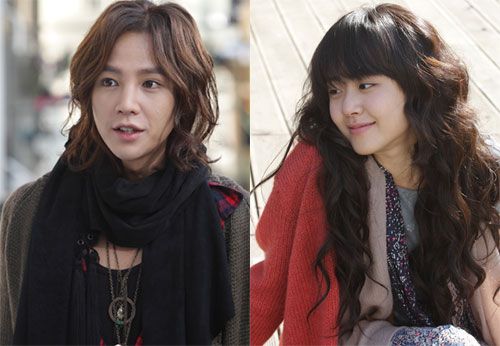 Jang Keun-suk, who will make his comeback to the drama on November 11th with 'Marry Me, Mary!', revealed his fluttered heart due to the acting together with Moon Geun-young.

One official from Jang Keun-suk's company said, “Jang Keun-suk is shooting 'Marry Me, Mary!". He will show different self than 'You're Beatiful'.”

Jang Keun-suk will play totally different character than Mr.Perfect Jae-kyeong, in this drama. Especially, he said that he will show new version of himself by the acting with Moon Geu-yeong.

He will play more relaxed character than Jae-kyeong in "You're Beautiful", and also more free-spirited character.

On the other hand, 'Marry Me, Mary!' is based on the Won Soo-yeon's webtoon which is about double marriage simulation.

This drama was sold in high price in Taiwan and China, which can be a way to predict its high popularity.

"Jang Keun-suk said, "I have great expectation about acting with Moon Geun-young, who has the same age with me""
by HanCinema is licensed under a Creative Commons Attribution-Share Alike 3.0 Unported License.
Based on a work from this source