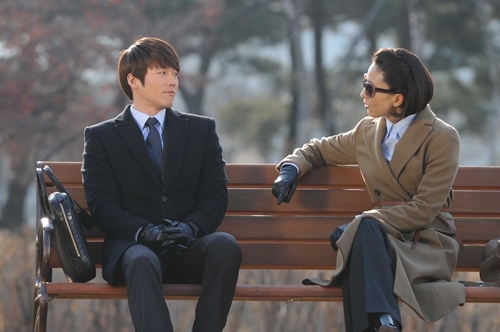 The release date for the new SBS drama "Midas" has been confirmed to be on the 22nd.

SBS told the press, "According to the ending of "ATHENA" on the 21st with the twentieth episode, "Midas" will first be broadcast on the 22nd and not the 28th. The production thought about a drama special after the ending, but the actor and actresses couldn't spare the time".

"Midas" is about the human desire for money and love hidden deep inside a person's heart.

Control Producer Kim Yeong-seob said, ""Midas" will create a wave in Korean dramas as it's a tense story about money, desire and love and the best staff and cast have come together. The viewers will be immersed into the drama because of the reality of it".

"Jang Hyuk and Kim Hee-ae SBS "Midas" first broadcast on the 22nd confirmed"
by HanCinema is licensed under a Creative Commons Attribution-Share Alike 3.0 Unported License.
Based on a work from this source