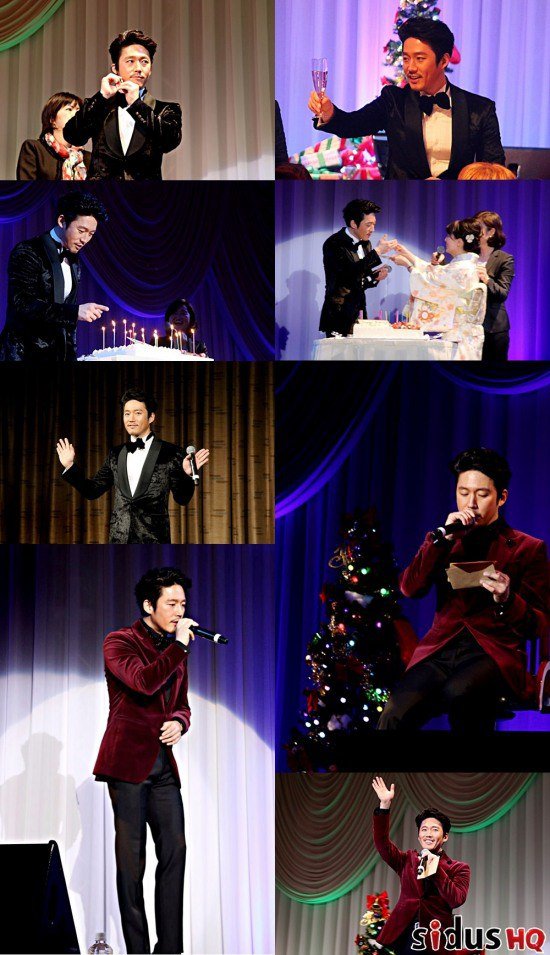 He had his 'Xmas and Birthday Dinner Party' at Hyatt Hotel in Osaka, Japan on the 20th.

Jang Hyuk appeared from behind the stage when the MC announced his name. Various events were prepared for him as it was his birthday on the day of his fan meeting.

He took pictures with his fans and also had a 'talk time' with them where he talked about his current drama and most memorable Xmas event.

He also showed his fans a slight acting performance on the stop. His adlibs made fans burst out with laughter and he even sang a song.

He currently stars in the KBS 2TV drama "The Merchant: Gaekju 2015".

"Jang Hyuk, from drama to Japanese fan meeting, busy busy"
by HanCinema is licensed under a Creative Commons Attribution-Share Alike 3.0 Unported License.
Based on a work from this source