Jang Hyuk's Characters: Dae-gil from "The Slave Hunters" VS Lee Bang-won from "My Country: The New Age" 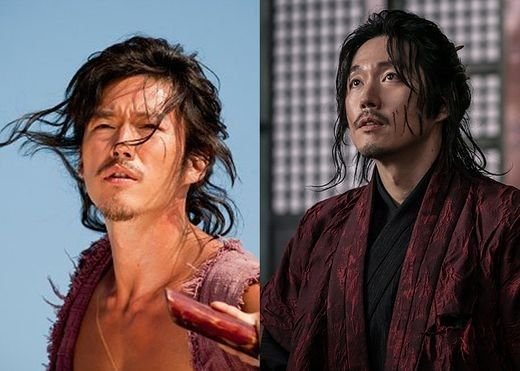 Actor Jang Hyuk is rewriting his resume with the jTBC drama "My Country: The New Age", which is his next best sageuk drama since "The Slave Hunters".

Jang Hyuk is known to work all throughout the year and appear in several films and dramas. However, the public always compared his work to that of Dae-gil from "The Slave Hunters", no matter what genre he was in. But that's all about to change, as his character of Lee Bang-won from "My Country: The New Age" is being called the record breaker to Jang Hyuk's character of Dae-gil.

Here we compare Jang Hyuk's characters Dae-gil from "The Slave Hunters" and Lee Bang-won from "My Country: The New Age". 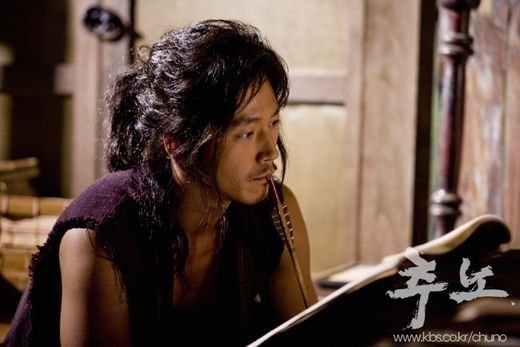 - Jang Hyuk = Dae-gil from his life's masterpiece "The Slave Hunters"

Jang Hyuk tackled the role of a slave named Lee Dae-gil, an unfortunate character who was from a noble family, but falls to ruin because of a slave. He is despised by people as a "human hunter", but also prides himself on being the best slave in the Joseon Dynasty in the 2010 SBS drama "The Slave Hunters".

Jang Hyuk interpreted his character as 'charming', as he changes according to the situation he's stuck in and is not just a bad or good guy.

Jang Hyuk had to pull off intense stunts along with the character, so he literally spent more time with the martial arts director than the drama PD. He also had many exposure scenes of the upper body, so he always carried with him a set of barbells to work out in his spare time.

With his efforts, Jang Hyuk won the KBS Drama Awards Grand Prize for "The Slave Hunters", which was his first sageuk in 6 years since, and his first drama in 2 years. It was the first Grand Prize of his career. 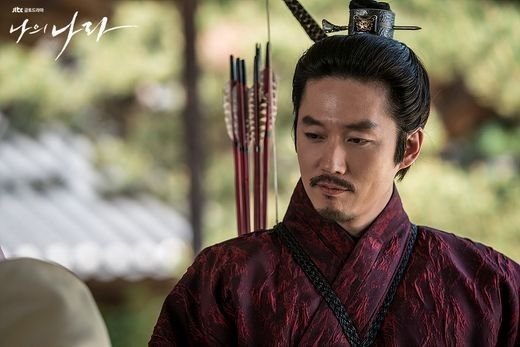 - Even his eyes put on a performance in "My Country: The New Age "

Jang Hyuk plays Lee Bang-won in "My Country: The New Age", which began on the 4th of October. This is the second time he's playing Lee Bang-won since the 2015 movie "Empire of Lust". Lee Bang-won has been brought up in numerous works through various actors, but it must not have been easy for one actor to play one character twice in a relatively short amount of time. It was only possible because Jang Hyuk isn't picky when it comes to genre and only worries about the character he's going to play. In addition, Jang Hyuk is ever-changing.

The Lee Bang-won that Jang Hyuk plays is an individual who has the head of a fox and the body of a tiger and was known as the best strategist who laid the foundation for the Joseon Dynasty. He put a lot of effort in establishing the Joseon Dynasty, but wasn't acknowledged for it, and became the bad guy himself to survive.

Jang Hyuk has been proving his value, from sageuk to action. Through his agency he said, "In the movie, I focused on one element of Lee Bang-won, but in "My Country: The New Age", I tried to play the role of a reformed monarch who wanted to build a country of people who were abandoned, rather than seek his ambitions, and to express in depth the humanity of Lee Bang-won". 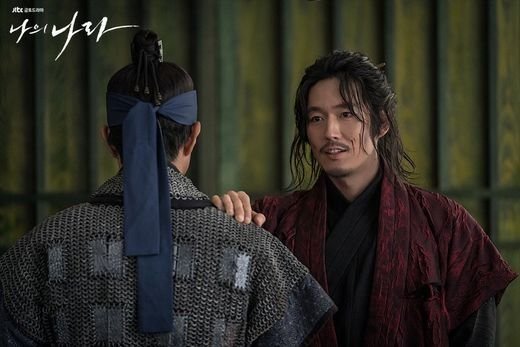 Sidus HQ told TV Report, "Jang Hyuk makes a lot of preparations for his characters. He thought hard about the person Lee Bang-won prior to the drama. It seemed like he was trying to figure out a way to express the character differently from the movie".

"The Slave Hunters" and 'Dae-gil' are responsible for widening Jang Hyuk's career, but he'd been tagged 'Dae-gil' for almost 10 years now. Sources say, "An actor doesn't really mind this. They just accept that that's what people see in them, because that's what they were. We, on the other hand, think that the image has dissolved a lot since "Money Flower". There were concerns about this drama being a sageuk, but we think the actor himself has leaped over his limits".

Reactions to "My Country: The New Age" were tremendous and the agency says, "We told Jang Hyuk about the reactions from viewers and he seems happy, but he's not an amateur, so he didn't get too excited".

"Jang Hyuk's Characters: Dae-gil from "The Slave Hunters" VS Lee Bang-won from "My Country: The New Age""
by HanCinema is licensed under a Creative Commons Attribution-Share Alike 3.0 Unported License.
Based on a work from this source