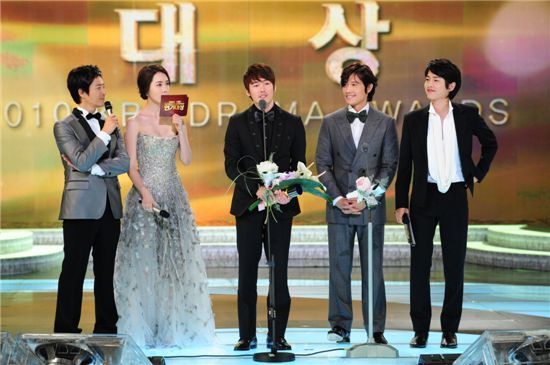 Jang received the grand prize of the year for his role as Dae-gil in the historical series "The Slave Hunters", making it his first award at a year-end ceremony.

He went on to say, "It's already been 15 years since I started acting and I want to thank everyone at my agency and turn the honor to my parents, my wife and son".

"Jang Hyuk scores top prize at KBS Drama Awards"
by HanCinema is licensed under a Creative Commons Attribution-Share Alike 3.0 Unported License.
Based on a work from this source