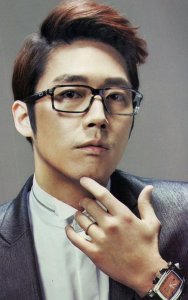 Jang Hyuk is next in line to expand his horizon into foreign markets. He has been cast in the Korean-US-Singapore project Dance of the Dragon. He will act alongside Singapore actress Fann Wong and the Hollywood actor Jason Scott Lee in this English language film.

The film will be a combination of a love story, action and dance. JANG will portray a ballroom dancer who tries to win over the character played by Wong, which means taking her away from Lee's character; Lee will play a martial artist. Australian director Max Mannix is directing.

JANG is a familiar name in foreign countries thanks to the international interest in his films. He made his name with the high school martial arts film "Volcano High" (2001). MTV picked up the film and broadcasted it in the US and Europe. He also played the love-interest of Jun Ji-hyun in "Windstruck" (2004), a highly anticipated film in Asia. His trademark in these films has been his boyish rebellious grin, which he also flashed in "Please Teach Me English" (2003).

JANG arrived in Singapore in July where filming will take place during two months. He expressed his excitement about playing his first English language role. Wong is internationally best known for her role in the Jackie Chan Hollywood vehicle Shanghai Knights. Lee reached greater exposure with his portrayal of Bruce Lee in Dragon: The Bruce Lee Story.

The film will be internationally released next year spring.