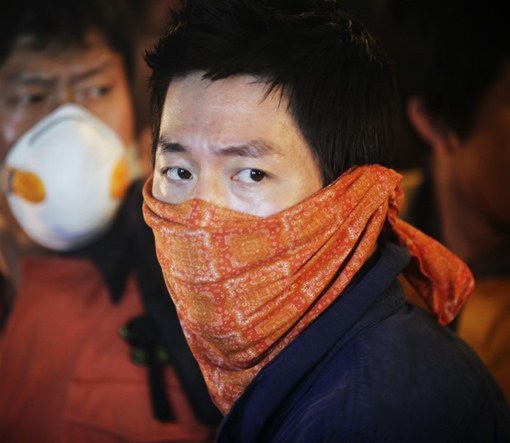 Will actor Jang Hyuk who is attempting at a blockbuster movie for the first time, gain some profit from the entertainment program he's starring in?

Jang Hyuk is looking forward to the release of his movie "The Flu" on the 15th of August and it looks like MBC TV program "Real Man" is enhancing the value of the movie. Apparently, expectations are high for the aftermath as well.

Jang Hyuk has been carrying out high levels of training in the show "Real Man" which is about Korean military training. This program has been recording viewing percentages of over 20%. Jang Hyuk is benefiting from this as he's expanding his range of fans and creating a whole different image for himself. Blockbuster film "The Flu" which is worth 10 billion won, is about a virus that sweeps over Korea. Jang Hyuk takes on the role of a rescuer who tries to save the city from the disaster.

Jang Hyuk has been promoting his movie in entertainment programs and likewise. At a recent press conference, he said, "Brad Pitt is just a man but I am a "Real Man"".

Meanwhile, this is the first time in 10 years Jang Hyuk and director Kim Seong-su meet for a movie. They once succeeded with the movie "Please Teach Me English" back in 2003.

"Jang Hyuk, "The Flu""
by HanCinema is licensed under a Creative Commons Attribution-Share Alike 3.0 Unported License.
Based on a work from this source