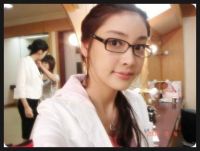 One officer from the Bundang Police Station and an officer from the National Police Agency will be on board as well, and the Japanese police will hand over custody of Kim to them on the plane.

Kim, who is suspected of pimping the actress to influential figures in entertainment and politics, will be taken straight to the Bundang Police Station for questioning. Police said they have drawn up a questionnaire of hundreds of pages about charges of forcing Jang to perform sexual and escort services and threatening violence if she refused.