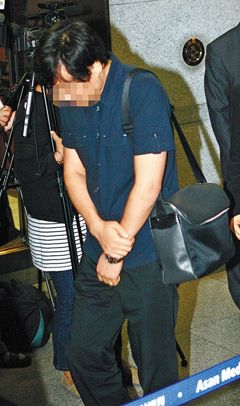 Actress Jang Jin-yeong, who died of stomach cancer on Tuesday afternoon, had married her new boyfriend in a secret ceremony in the United States in July. Jang's agency Yedang Entertainment on Wednesday said the man, identified only as Kim, "proposed on June 14, Jang's birthday, and they got married in Las Vegas on July 26, promising each other eternal love".

The two registered their marriage in Korea on Aug. 28, only four days before the actress' death. Kim An-chul, a spokesman for the agency, said, "Jang and Kim first met on Jan. 23, 2008 when an acquaintance introduced them, and he was by her side while she was battling cancer until she drew her last breath".

"The reason why they kept their marriage secret was because they wanted to protect their love", he added. Jang's inheritance will go to her parents.

The love story drew much media attention, especially after Jang was diagnosed with cancer. Kim is second son of former lawmaker Kim Bong-ho and majored in photography at university. He worked for a company before becoming a businessman. Jang wanted to break up with him when she found out she had cancer, but Kim insisted on caring for her.
__________________
The husband of Jang Jin-yeong visits Asan Medical Center on Tuesday, where the actress body lies in state.