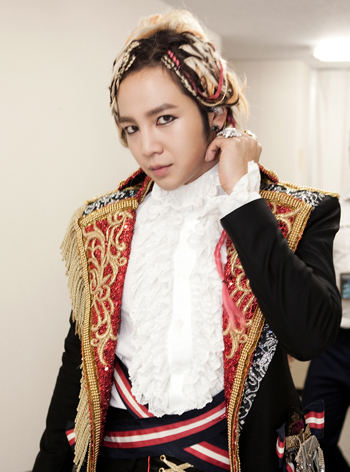 Popularity convinced in 5 days of opening!

Actor Jang Keun-suk's official YouTube has broken through 400,000 since opening.

Jang Keun-suk's official opening recorded more than 400,000 click's on the 18th. His opening video recorded 206,216 clicks until 4:30PM and movie "You Pet" recorded 103,325 clicks. The making of "You Pet" is especially popular for it was done by Jang Keun-suk himself.

Jang Keun-suk's YouTube which was opened on the 13th, has been getting interest from fans for its Asian tour videos, Korean and Japanese previews of "You Pet" and more. The opening video rated more than 300,000 clicks as soon as it was put up.

"Jang Keun-suk, 400,000 clicks on YouTube"
by HanCinema is licensed under a Creative Commons Attribution-Share Alike 3.0 Unported License.
Based on a work from this source