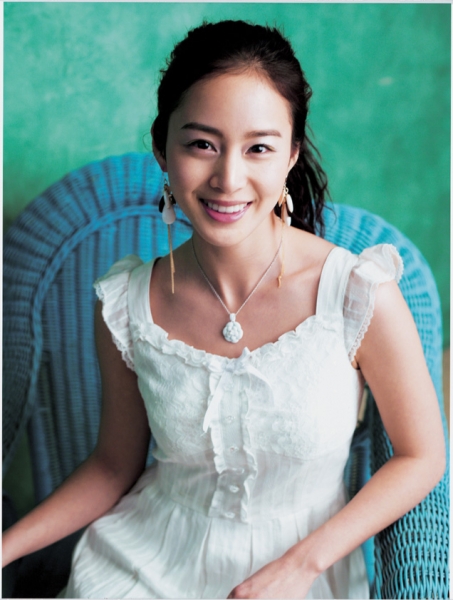 Pretty boy and girl Jang Keun-suk and Kim Tae-hee have set about hardening the Hallyu Wave in Japan.

The general trend, Jang Keun-suk's popularity it hitting the skies. According to Japanese weekly Flash, Jang Keun-suk was chosen as the most highly paid Hallyu star, beating Bae Yong-joon and Lee Byung-hun. His guarantee per advertisement series is 90 million Yen (roughly 1.27 billion won) and is twice as much as Girl's Generation and Kara who get paid 50 million Yen.

As if proving this popularity, he has recently been chosen as the new model for esthetic TBC with Japanese idol group AKB48. A related press conference on the 24th in Tokyo proved his fame. He appeared at the press conference on a private jet from Osaka provided by TBC and stood in front of almost 250 reporters.

His activities to come are also very looked forward to as he has been cast for the new KBS 2TV drama "Love Rain" by Yoon Seok-ho who also did "Autumn in my Heart" and "Winter Sonata". "Love Rain" will start shooting in September. It is based in the 70s and today and Jang Keun-suk will play two roles of different people with different ways of loving.

A person related to the drama said, "Japan's response to this drama is hot already. They say his frank and easy to approach image is attractive".

While Jang Keun-suk challenges the Hallyu syndrome with a Korean director, Kim Tae-hee is going local.

Kim Tae-hee has been cast for the main role of Fuji TV drama "99 Days With the Star". To be on air around 9 PM, the peak time of the day, this drama is about a timid man in his 40s falling in love with a Korean top star. Nothing has been detailed yet but she will carry out her lines in Japanese. Her opposing role is famous actor Nashijima Hitedoshi.

"Jang Keun-suk and Kim Tae-hee's never ending Hallyu Wave"
by HanCinema is licensed under a Creative Commons Attribution-Share Alike 3.0 Unported License.
Based on a work from this source