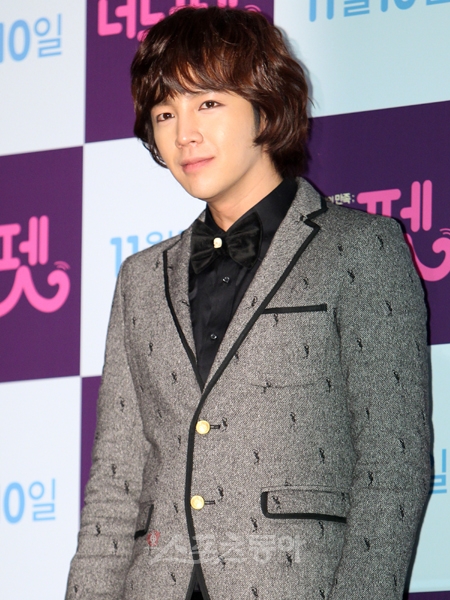 One of the busiest stars in the entertainment business, Hallyu star Jang Keun-suk is suffering from his murderous schedule.

Jang Keun-suk suddenly postponed the interview for his movie "You Pet" to next week on November 3rd.

There was an overload because of the constant movie promotion and drama shooting all this while, and he therefore postponed the interview.

He is currently handling movie promotions, drama shoot and a Japanese concert tour all at once.

He is active in promoting the movie "You Pet" with Kim Ha-neul as it is coming out on November 10th, and also shooting the KBS 2TV drama "Love Rain" with Yoona from Girl's Generation.

While the movie promotions are taking place mostly in Seoul, the drama location is in Daegu so it isn't easy. Amidst all this the Japanese production team for an advertisement came to Korea. He is also studying as he returned to school this September.

As he is handling more than he really can, he is bound to get sick. It seems the drama schedule is now at a red light as he missed the shooting for "Love Rain" on November 1st. After postponing the interview on November 3rd, he headed straight for the set in Daegu.

He managed to put out this fire, but there are more to come. As "You Pet" is being released on November 10th, he has to attend several stage appearances and events. On November 26th, he has a large scale concert at the Tokyo Dome, Japan. He also has to deal with "Love Rain" in between all that.

As the situation indicates, many are now worrying, "He's multi-talented but he's overloading himself".

"Jang Keun-suk "busy busy" to Daegu"
by HanCinema is licensed under a Creative Commons Attribution-Share Alike 3.0 Unported License.
Based on a work from this source